'Samui Plus' scheme kicks off for journos
Thailand
General

'Samui Plus' scheme kicks off for journos

The "Samui Plus" tourism scheme kicked off on Thursday to welcome fully-vaccinated foreign tourists, two weeks after the Phuket Sandbox reopening.

The first flight landed shortly after 11am with 10 visitors from the UK, Germany and France. They were all members of the media invited by the Tourism Authority of Thailand (TAT) to inspect the programme.

Chattan Kunjara Na Ayudhya, TAT deputy governor of marketing for Asia and the South Pacific, said the Samui Plus scheme was not in a rush and it was expected to welcome 1,000 tourists in the first month.

He said authorities were preparing to launch marketing plans in low-risk countries such as Europe and the Middle East.

Visitors are required to stay at approved hotels on Samui for a week and can leave their accommodation on day four. 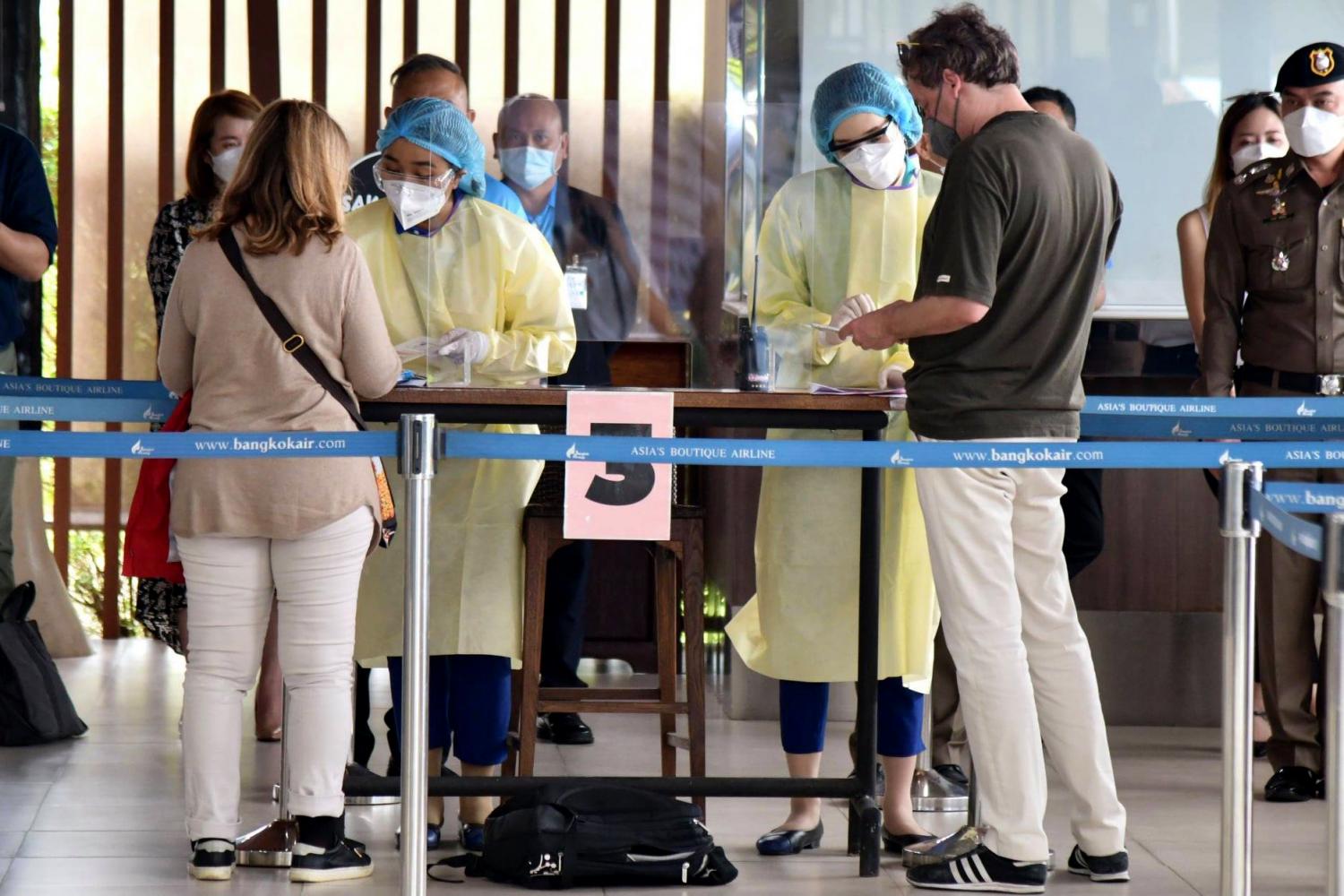 Foreign tourists undergo health checks upon arriving at Samui airport under the Samui Plus tourism scheme. (Ministry of Tourism and Sports photo)

Under the Phuket Sandbox launched on July 1, fully-vaccinated travellers do not have to quarantine in a hotel but cannot leave Phuket for two weeks.

After the first three days visitors are allowed to travel on "sealed routes" and they must travel with service operators that have received approval under the Samui Plus scheme.

If they test negative in their third test, which is taken on day 12 or day 13 of their arrival, they can travel to other provinces after completing the 14-day Samui Plus programme.

He said tourism authorities expect soft demand in the early stages due to the surge in Covid-19 infections in the country.

Mr Tanes said the Samui Plus model was launched earlier than planned. Authorities gave it the green light to open ahead of schedule on Sept 1 after reviewing the details.

Under the plan, stringent measures including restricting people's movements would be implemented if Covid-19 cases exceed 20 within two weeks.

The decision to terminate Samui Plus would be made by the Covid-19 Centre of Koh Samui.