A dead man lies in the middle of the road, covered by a sheet, hours after he died, on Soi Ban Phanthom, off Phra Sumeru Road, in Phra Nakhon district of Bangkok on Tuesday night. (Photo from Phuri Phatara Facebook account)

Critics accused the government of allowing public health services to collapse after three people were found dead on Bangkok streets, one infected with Covid-19 and left lying on the road for many hours before an ambulance finally arrived.

The infected man collapsed in the morning and later died as rescuers tried to revive him. He lay on the road for 12 hours.

Tests later found he was infected with Covid-19, metropolitan police confirmed on Wednesday afternoon. He had no identification on him.

Police also released details of the other two deaths. Only one carried an ID.

She said people had been left out on the streets without any chance of getting healthcare.

Move Forward spokesman and Bangkok MP Nattacha Boonchaiinsawat said Prime Minister Prayut Cha-o-cha had no plan to handle the health crisis that had led to people dying in the streets.

Their criticism came after three people were found dead in Bangkok streets on Tuesday, two of them in Phra Nakhon district and the other in Klong Toey district.

The most mentioned case on social media was a man who collapsed and later died in the middle of Soi Ban Phan Thom, off Phra Sumeru Road.

Chana Songkhram police chief Pol Col Sanong Sanemanee said on Traffic Police radio station that the man died about 5pm despite emergency responders' efforts to keep him alive. An ambulance did not arrive until 10.30pm, and took away the body.

A Facebook account named Phuri Phatara said the ill man had lain in the middle of the street since 10am. Rescuers arrived about four hours later. (continues below) 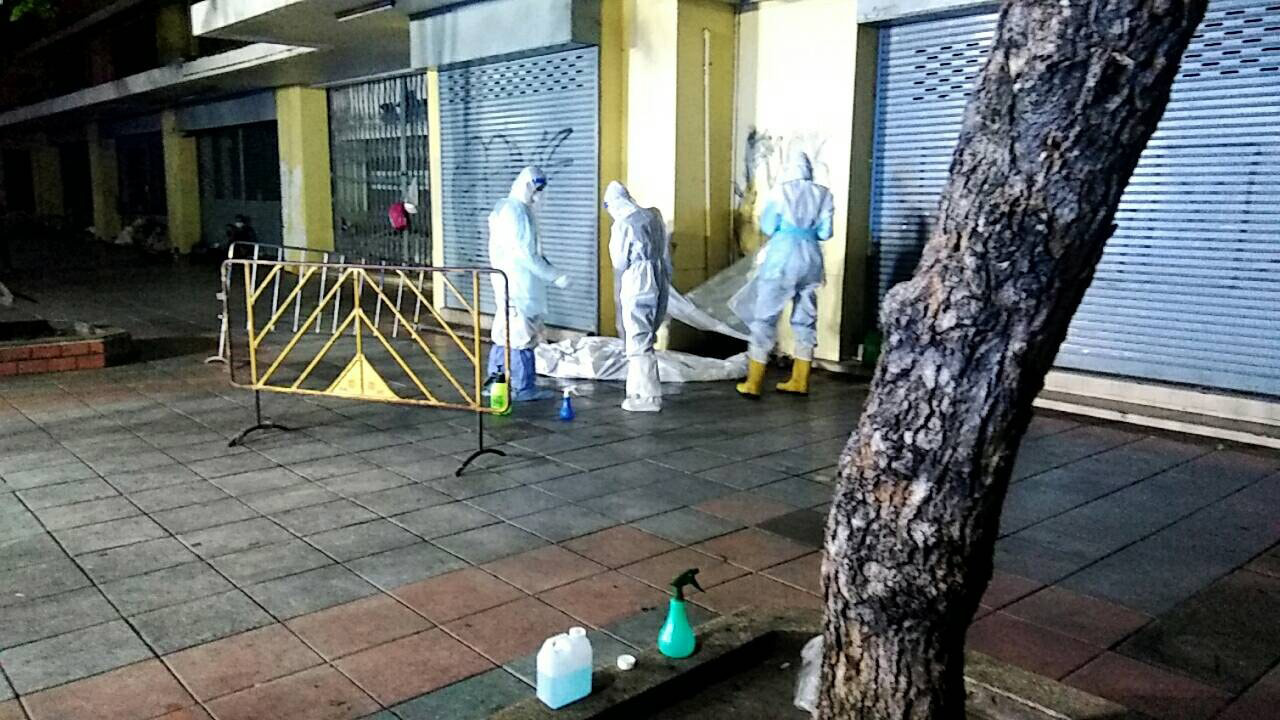 A body lies on the footpath along Ratchadamneon Avenue, near the Democracy Monument, on Tuesday night. (Photo from Kanit Chumchuay Facebook account)

Another body was found on the footpath of Ratchadamneon Avenue, near the landmark Democracy Monument.

The cause of death in each case was not known. However, ambulances adapted to handle  coronavirus patients were used in each case to collect the body and ensure the safety of rescuers and medics.

On Wednesday morning, shortly after midnight, Kanit Chumchuay, the thetsakit chief for the district, defended the long delay in the ambulances arriving. He said it was caused by the ever-increasing demand for ambulances. The service was overstretched.

The Poh Tech Tung Foundation was on duty on Tuesday night, but had only one ambulance equipped with Covid-protection kits and it had to collect eight other bodies before taking the three unclaimed bodies to hospital.

The Metropolitan Police Bureau (MPB) said on Wednesday afternoon that the man who died in the middle of the road had been taken to Vachira Hospital, where a sample taken from his body tested positive for Covid-19. He was carrying no  identification.

The MPB press statement said the body found on Ratchadamneon Avenue was identified as Seree Ruengroterit, 59, from Rayong, and the Covid-19 test was negative.

Police were alerted to the Ratchadamneon case at 6.30pm and arrived at the scene five minutes later. The dead man was transported to Vachira Hospital at 8pm.

The body in Klong Toey was found on the footpath outside the Tesco store on Rama IV Road at 8.30pm, the MPB said.

A test at Chulalongkorn Memorial Hospital was negative. The man's name was unknown. Police believed he had died between two and four hours before police arrived at the scene, the statement said.

It was earlier reported he had died at a temple in Phra Nakhon district.