VICTORY RUN: Panipak Wongpattanakit celebrates with the Thai flag after winning the gold medal in the women's 49kg division at the Tokyo Olympics on Saturday.

Taekwondo star Panipak Wongpattanakit became an Olympic champion in dramatic fashion with a last-gasp kick in the women's 49kg final at the Tokyo Games on Saturday.

With five seconds remaining and trailing 10-9 in the gold medal match, Panipak landed a kick on Spanish teenager Adriana Cerezo Iglesias to win 11-10.

"It's a historic shot," added another of the winning kick.

The 23-year-old from Surat Thani is the first Thai to win a medal at Tokyo 2020 and also the country's first-ever gold medallist in taekwondo.

It is Thailand's 10th gold medal overall as the country had won nine Olympic titles only in weightlifting (five) and boxing (four). 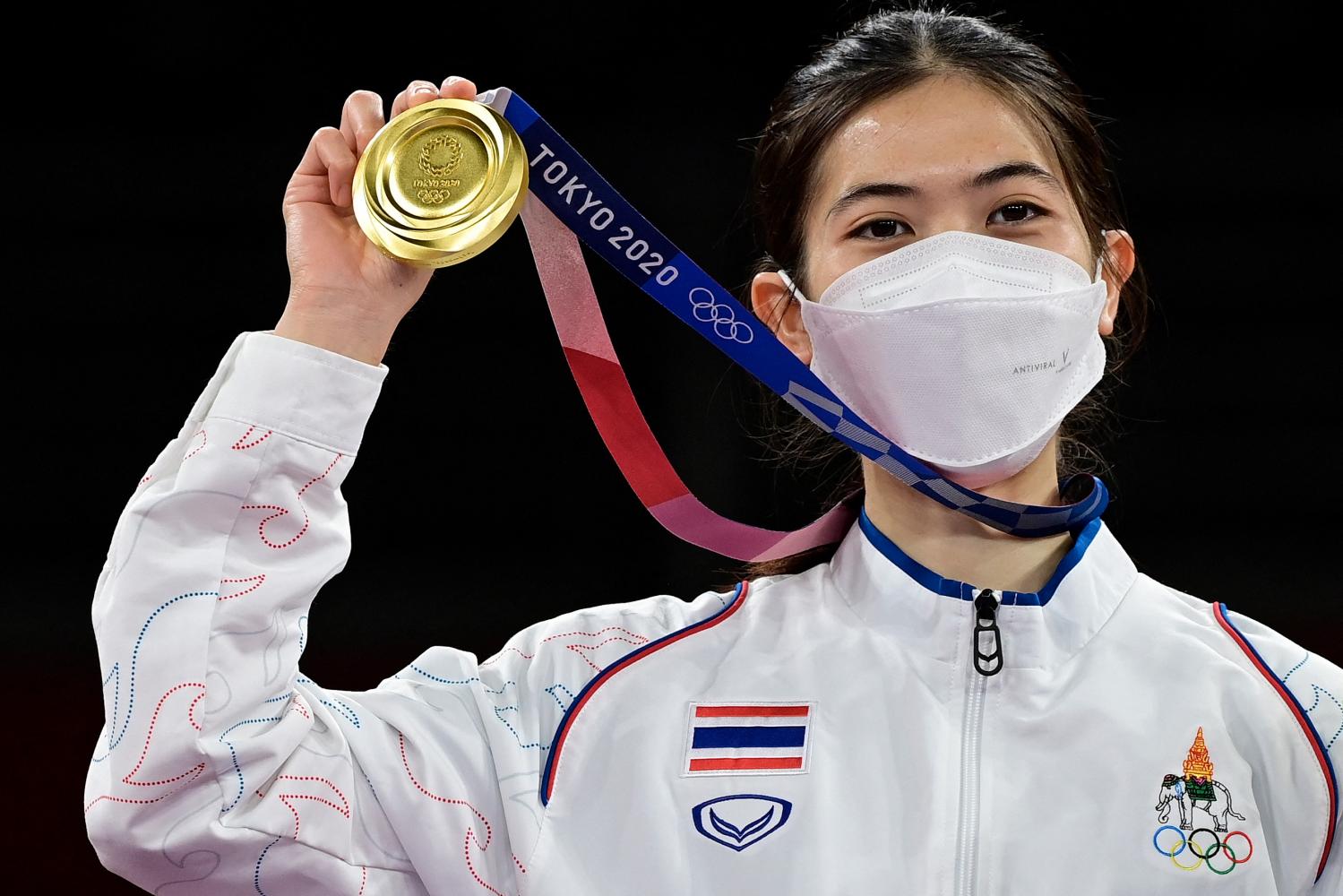 With the triumph, Panipak buried the ghosts of the Rio Olympics in 2016 when she was a favourite but had to settle for bronze.

She almost quit after the heartbreaking result but decided to give herself another chance to fulfil her dream of winning an Olympic gold medal.

Panipak is now Thailand's most successful taekwondo participant of all time, having also won gold medals at the 2015 and 2019 world championships, and 2018 Asian Games, among other achievements.

The Thai taekwondo team has continued winning at least one medal in every Games since Yaowapa Burapolchai became the Kingdom's first Olympic medallist in 2004 when she claimed bronze in Athens.

In Saturday's action, Panipak had comfortable wins before the final.

She began her campaign with a 29-5 win over Israel's Avishag Semberg.

Panipak beat Truong Kim Tuyen of Vietnam 20-11 in the quarter-finals, and defeated Japan's Miyu Yamada 34-12 in the last four.

In the final, Panipak was 6-4 behind Iglesias after the first round.

The Thai took a 9-6 advantage after the second round but the Spaniard scored for a 10-9 lead late in the third and final round.

As Panipak seemed to be heading for another heartbreaking finish, she scored two points as time was expiring.

Panipak and her coach Choi Young-Seok celebrated by running around the competition venue with a large Thai flag.

Ramnarong Sawekwiharee, Thailand's only other taekwondo fighter at Tokyo 2020, lost in the quarter-finals of the men's 58kg division.

Meanwhile, Prime Minister Prayut Chan-o-cha was quick to congratulate Papipak for her success.

"It is a reward for an athlete who trained hard with determination during this difficult time," government spokesman Anucha Burapachaisri quoted Gen Prayut as saying. 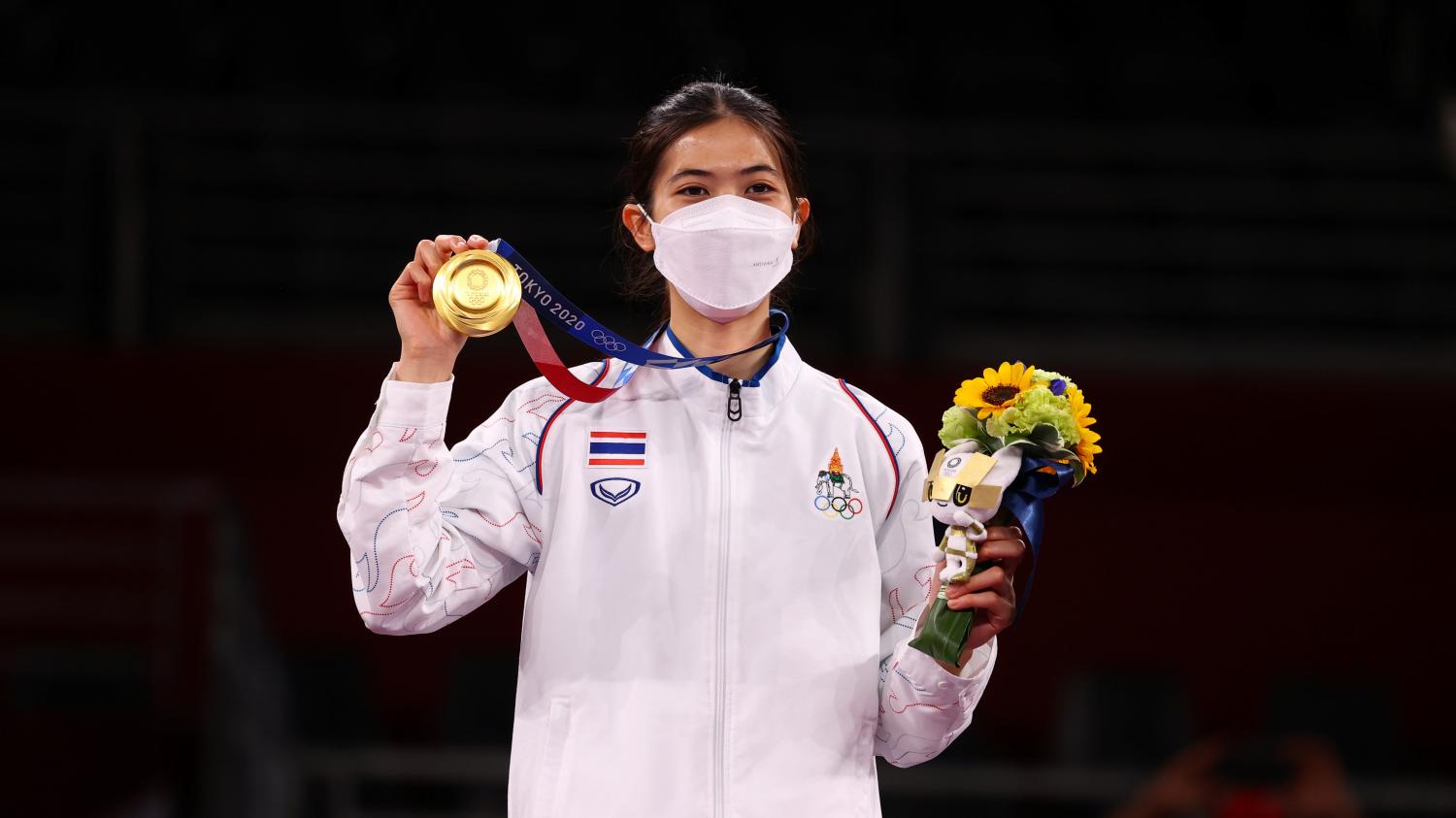