Police show an arrest warrant to Montri Khiewkerd, 53, at his house in Suphan Buri. He and his wife were arrested on charges of child pornography.(Photo supplied)

Police from the Anti-Trafficking in Persons Division apprehended Montri Khiewkerd, 53, and his wife Rotchana Khiewkerd, 45, at their homei, Pol Maj Gen Siam Boonsom, the  ATPD commander, said on Thursday.

Pol Maj Gen Siam said the arrests followed a tip-off that pornographic videos and photos of  children and adults were being shown to a members-only group on Line Chat.

The ATPD investigation confirmed that the couple were running the online group and charged for membership.

During questioning, the couple allegedly confessed and said members paid them 100-500 baht each and were then invited into a VIP group which had more than 400 members.  The group had been operating since February.

They were held in police custody for legal action. 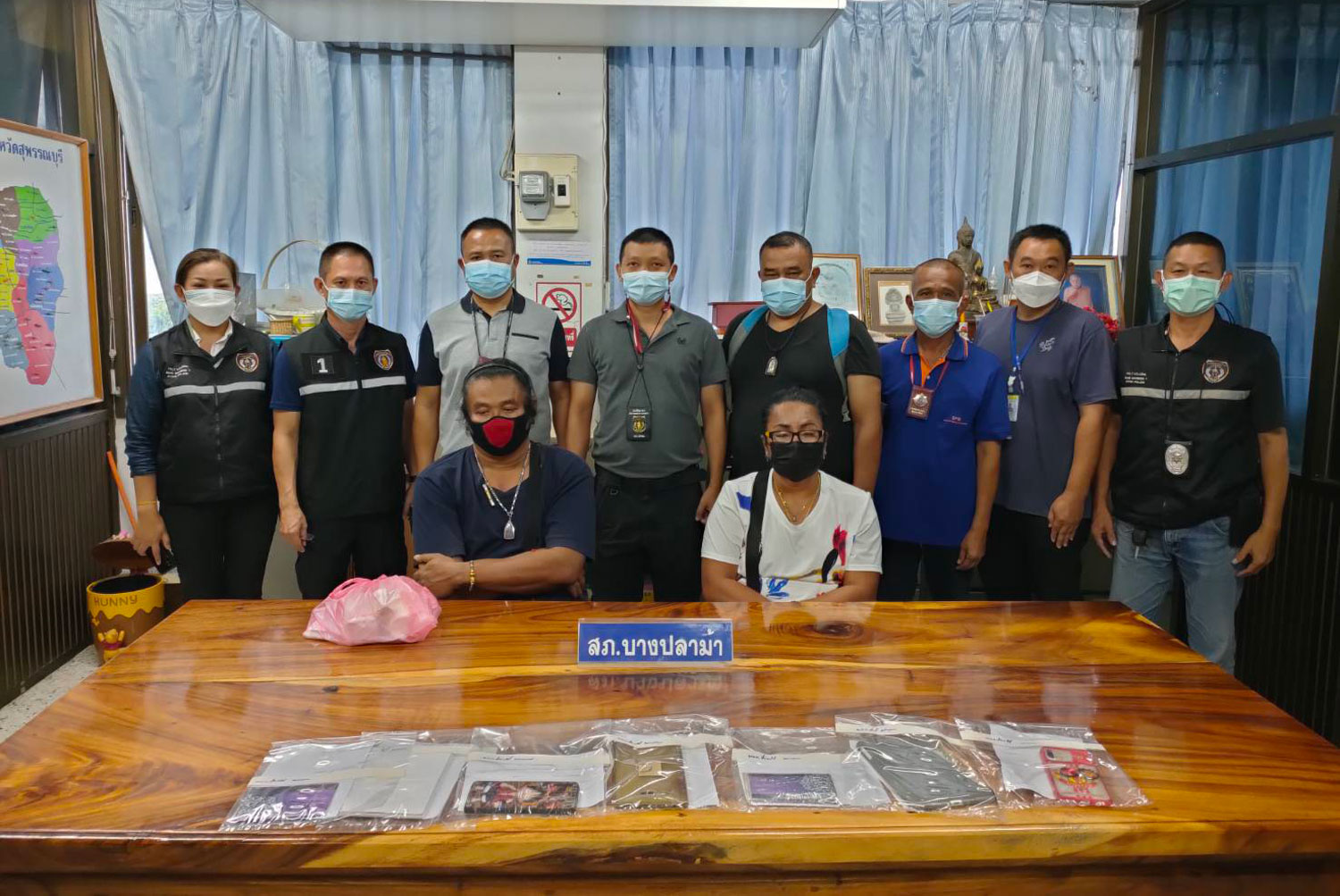