Arrest made in Phuket murder

Thai man held for slaying of Swiss tourist, police to give more details on Sunday

A security camera captured this image of a 27-year-old man seen riding near Ton Ao Yon waterfall, where the body of a Swiss tourist was discovered on Thursday afternoon. (CCTV image supplied)

PHUKET: Police have arrested a 27-year-old Thai man who has reportedly confessed to the murder of a Swiss tourist, two days after her body was found at a local waterfall.

The confession followed an intensive interrogation of the man, who had gone to the site to collect wild orchids, Thai media reported.

The body of the 57-year-old Swiss woman was found on Thursday near Ton Ao Yon waterfall in tambon Wichit of Muang district. She was lying face-down in the water among the rocks. Her body was covered with a black sheet.

Police identified the victim as Nicole Sauvain-Weisskopf, the deputy protocol chief of the Federal Assembly of Switzerland. She was visiting the island under the “Phuket Sandbox” programme, which is allowing in vaccinated foreign tourists in an effort to help revive a sector decimated by the Covid-19 pandemic.

National police chief Pol Gen Suwat Jangyodsuk flew to Phuket on Friday with a team of top investigators to oversee the case, the first serious incident to be reported since the Sandbox programme began on July 1.

On Saturday he told reporters that officers had some “good news” and that the case was “all wrapped up”. He is scheduled to hold a news conference at 10am Sunday to give more details.

Given the intense pressure on police to solve the case, online sleuths have been weighing in with speculation that officers would look to grab a scapegoat quickly. Pol Maj Gen Nanthadet Yoinuan, deputy chief of Provincial Police Region 8, said this was not the case, as investigators had obtained firm evidence and the suspect had confessed.

A police source, asking not to be named, said on Saturday that investigators had examined security camera video in areas near the waterfall — there were none at the actual site — and taken some people in for questioning. One of them acted suspiciously and a check found some bruises on his body.

After an intensive interrogation, the man confessed, according to the source. Police searched him and found an ID card that identified him as Teerawat Thothip, 27, of Thalang district in Phuket.

The suspect, known locally as “Bang Lee”, told investigators he spotted the tourist when he went to the waterfall and saw the tourist. He reportedly claimed to have become aroused but when he attempted to act on that impulse, the woman resisted. They fought, and he pressed her head into the water until she died and then he fled, according to the source.

The bruises and wounds on his body occurred during the struggle and from a fall onto some rocks at the waterfall, added the source.

Police on Friday relased the timeline of the victim’s activities since her arrival in Phuket, ending with her 18-minute walk, alone from her hotel near Ao Yon beach to the waterfall, about 1.4 kilometres away, on Tuesday.

Pol Gen Suwat said earlier that surveillance camera footage showed the victim had gone alone to the crime scene, which was a tourist attraction, and there were “traces” in the body. He did not elaborate, pending the release of the official autopsy report. 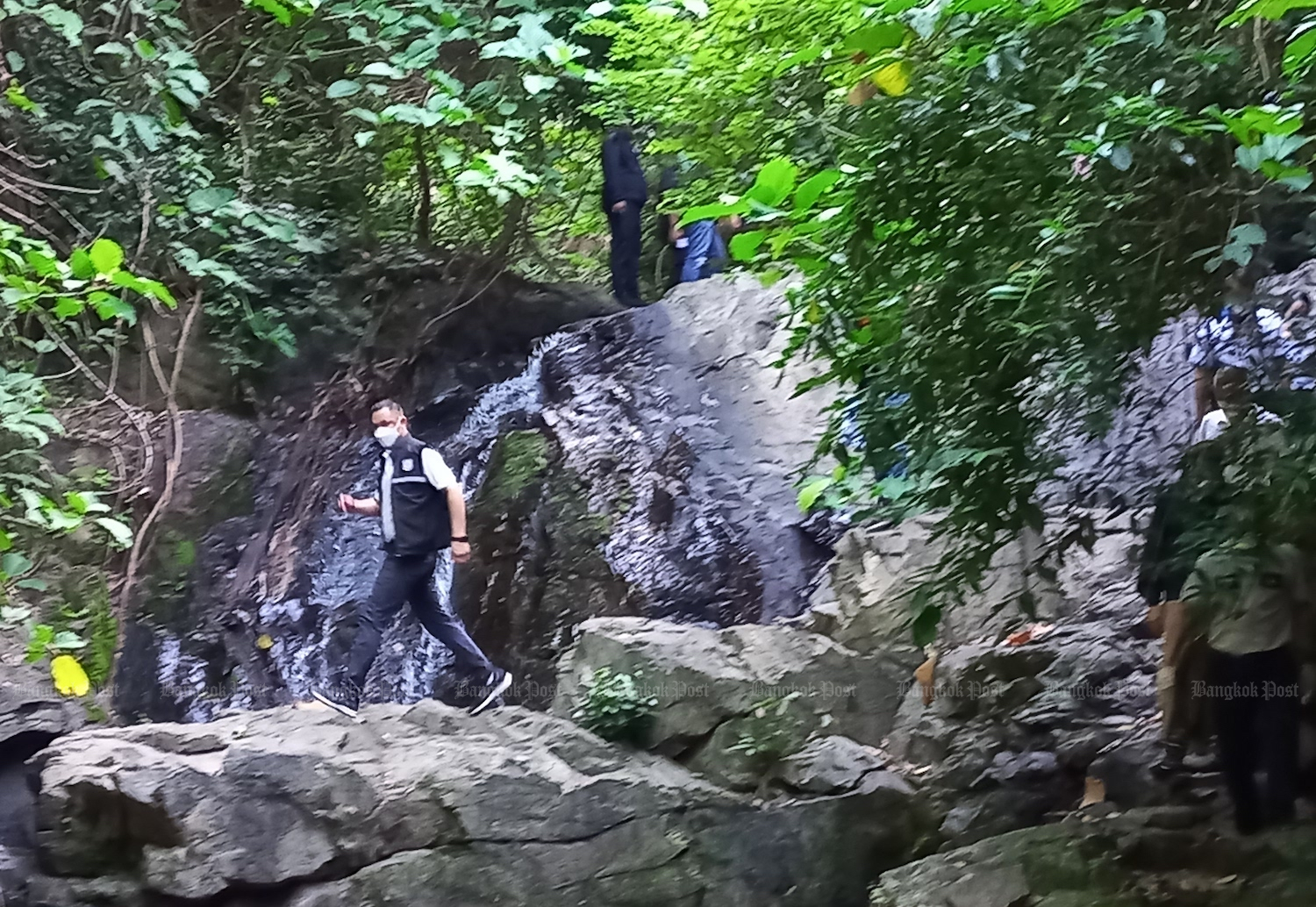