Rescued turtle had been eating trash

An x-ray reveals masses of trash in the stomach of a little green turtle rescued in Phuket last month. Vets found the turtle had eaten at least 158 pieces of trash, mainly plastic bags. (Photos by Department of Marine and Coastal Resources)

Vets are treating a little green turtle rescued in Phuket last month and found to have 158 bits of garbage clogging its gut.

The turtle is being cared for at Sireetarn Marine Endangered Animals Rescue Centre after it was found at Kara Beach in tambon Karon of Muang district on July 23.

Radiological test results showed that the marine creature had an intestinal obstruction, probably caused by marine litter. The turtle has defecated six times and 158 pieces of trash -- 57% plastic bags, 21% thin plastic waste, 16% hard plastics and 6% fibres and cloth straps -- were found in its faeces. 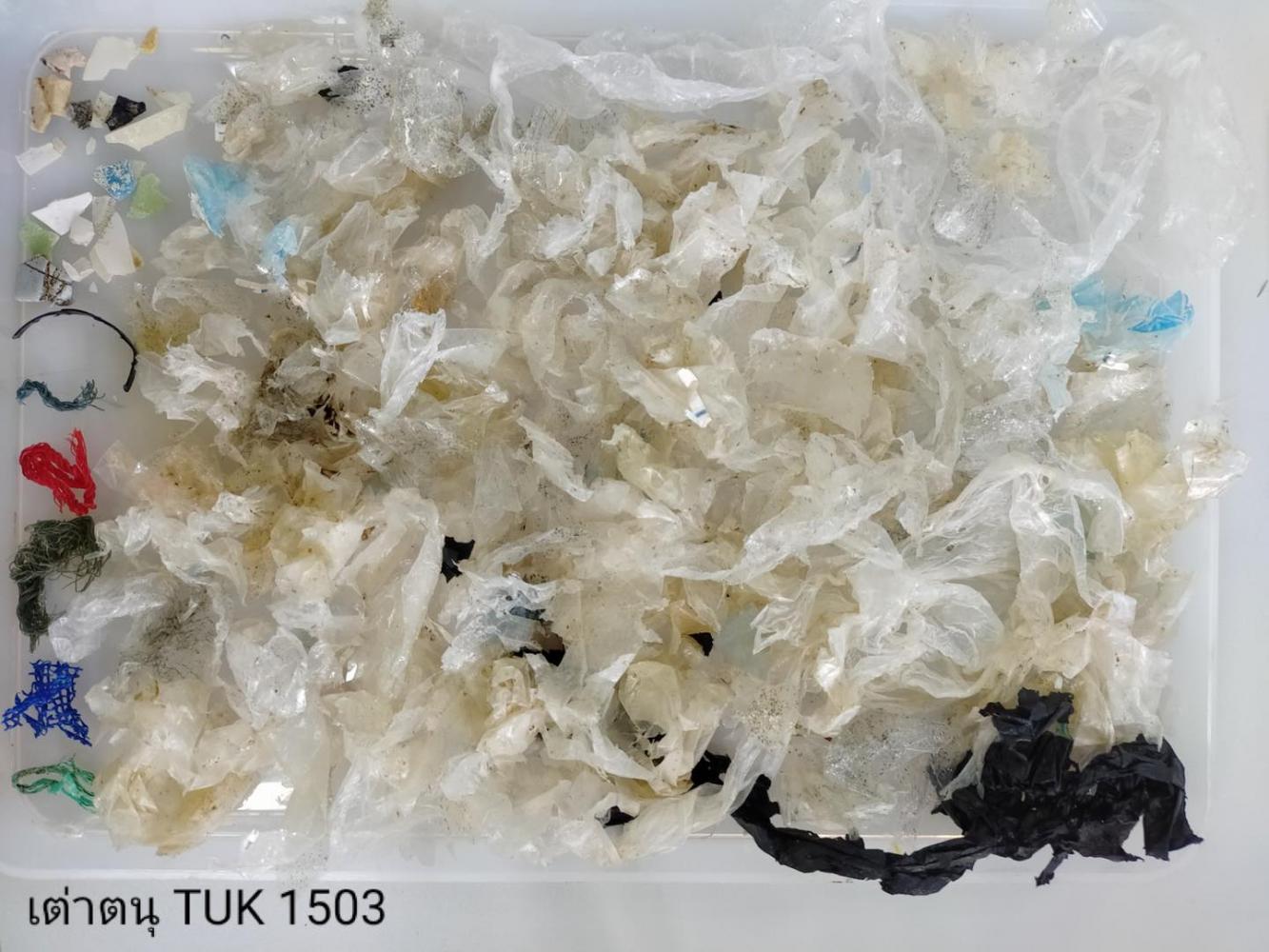