Local residents carry paper signs criticising the factory over the Covid-19 infections found in its workforce. They are scared the virus will spread to their community. (Photo: Piyarat Chongcharoen)

KANCHANABURI: A wiring factory in Tha Muang district has been ordered closed after more than 600 workers there tested positive for Covid-19.

Knowledge of the infections at the SEWT Kanchanaburi Ltd factory sparked alarm among nearby communities in tambon Phang Tru, the chief of Tha Muang district, Tharat Luengsa-ard, said on Tuesday.

Kanchanaburi governor Jeerakiart Phumsawat, chairman of the provincial communicable disease control committee, had ordered the temporary closure of the factory, at least until Covid-19 tests were conducted on all workers, the district chief said.

The factory manufactures electrical wire harnesses for automobiles and motorcycles.

Last week, the factory had hired a private firm to conduct mass testing of its work force, Mr Tharat said. Testing by antigen test kits and later RT-PCR tests found that about 600 workers, both Thais and migrant workers, had caught the virus.

Infected Thai workers were being treated at Somdet Phra Sangkharat 19 Hospital and a field hospital at Dan Makham Tia. Some were in self quarantine at home, he said.

He said infected migrant workers were under quarantine in their rooms with medical staff from Tambon Ban Hua Rai health promotion hospital monitoring their health.

To minimise damage, the panel allowed the factory’s production line to continue but the number of workers must be limited, the district chief said. The factory was ordered to separate infected workers from other workers.

The factory was provding the Thai traditional herbal medicine fa talai jone, or green chiretta, to ease the symptoms, along with oximeters, thermometres and meals for the infected workers.

The governor had also instructed the factory to apply strict bubble and seal measures to prevent the spread of the virus to nearby communities.

Seventy of them had recovered. A total of 565 workers, 92 Thais and 473 Myanmar, were still under treatment. 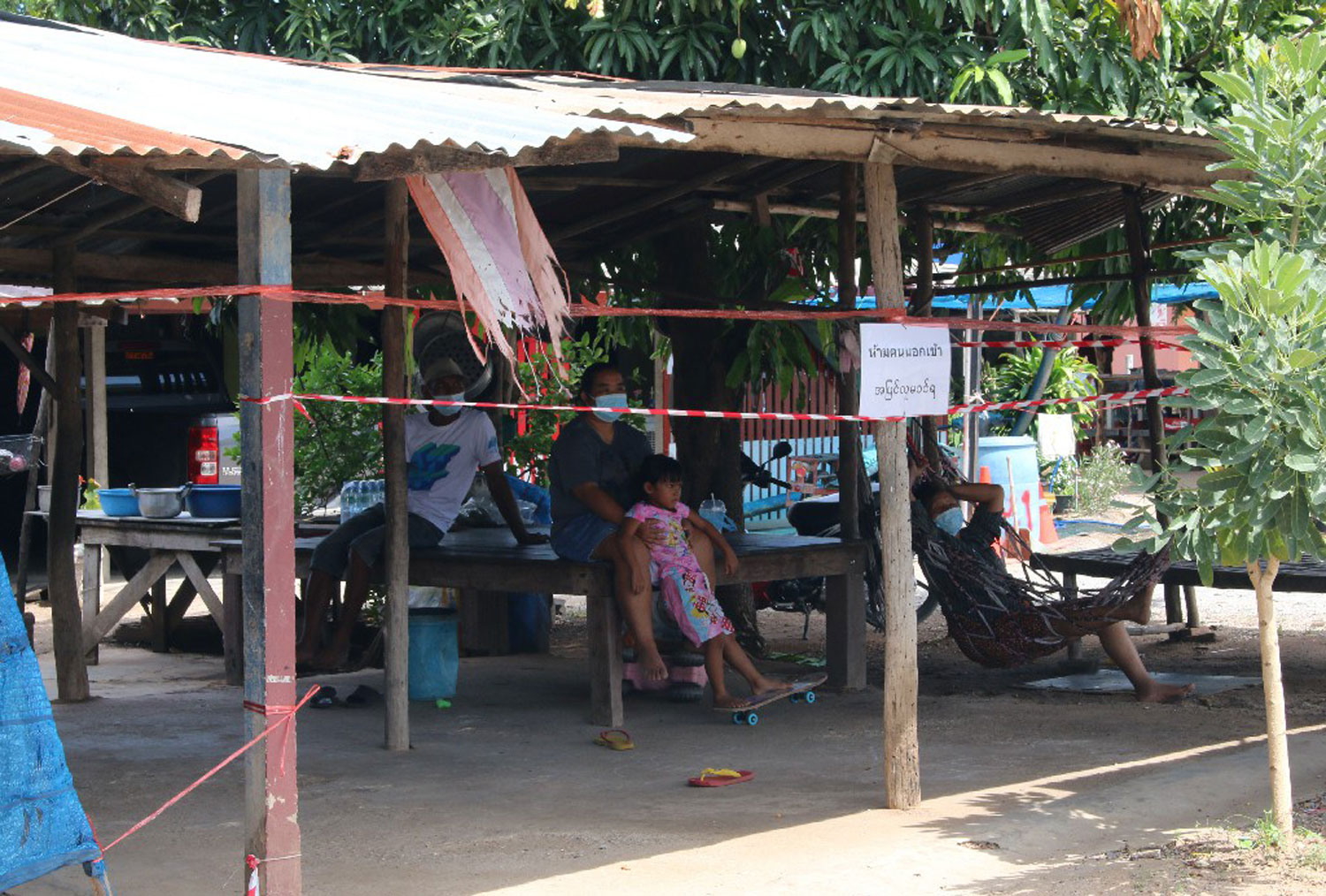 These people living near the SEWT Kanchanaburi Ltd wiring factory in Tha Muang district, Kanchanaburi, erect a rope barrier in front their house with a paper sign saying  "No outsiders allow to enter'' for fear of Covid-19 spreading to their community.  (Photo: Piyarat Chongcharoen)