The gunman is filmed by a security camera after robbing a gold shop at Big C shopping mall in Pak Chong district, Nakhon Ratchasima, on Wednesday. He is reported to be a local policeman (Photo: Provincial Police Region 3 Facebook page)

An armed man in food delivery clothing who robbed a gold shop in a mall in Pak Chong district of Nakhon Ratchasima on Wednesday and shot the owner is reported to be a local policeman.

The robber made off with 126 baht weight of gold jewellery worth about 3.5 million baht.

Pol Cpl Anucha is based at Pak Chong police station.

During questioning, he allegedly admitted to having robbed the shop and showed the arresting officers where he had hidden the gold.

He was apprehended after police investigators examined footage from security cameras in the Big C shopping mall, the reports said.

Pol Col Manop Phutchong, superintendent of Pak Chong station, said on Friday that investigators realised the robber looked much like Pol Cpl Anucha, and even walked like him.

Efforts to contact the man were unsuccessful, so they tracked him down and arrested  him.

About 5pm on Wednesday, a man wearing a pink food delivery outfit used a 9mm pistol to threaten staff of the Yaowarat gold shop at Big C shopping mall’s Pak Chong branch, and made off with126 baht weight of gold necklaces.

Shop owner Ditsawat Arsaitham, 39, was in the shop and resisted the robber, and was shot through the left arm. The bullet entered his back, inflicting a serious wound. The robber fled on a motorcycle. 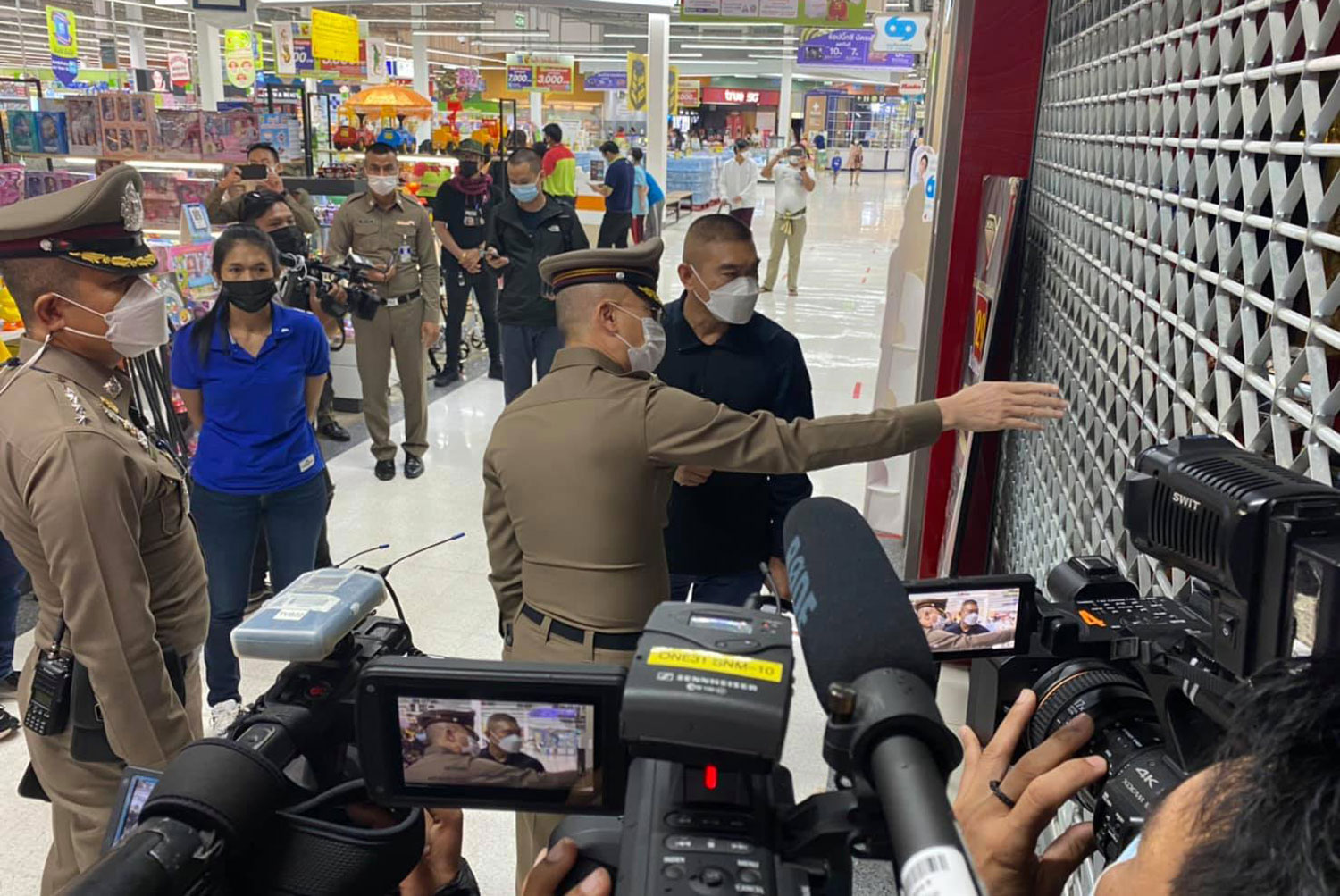 The Ministry of Public Health is inviting parents to inoculate their young children in the first country-wide Covid-19 vaccination campaign for toddlers in the next two weeks.

The Public Health Ministry has eased the Covid-19 alert level as the situation is stabilising and current variants are considered manageable, according to a director at Bangkok Siriroj Hospital.

The Ministry of Culture has instructed the Fine Arts Department to expedite an inspection in order to restore a 500-year-old pagoda at a temple in Chiang Mai which devastatingly collapsed due to heavy rain on Thursday evening.