Covid-19 emergency could end this month

The government may decide not to extend the enforcement of the emergency decree imposed to curb the spread of Covid-19 at the end of the month if new cases continue to decline at the current rate, according to Gen Natthapol Nakpanich, secretary-general of the National Security Council. 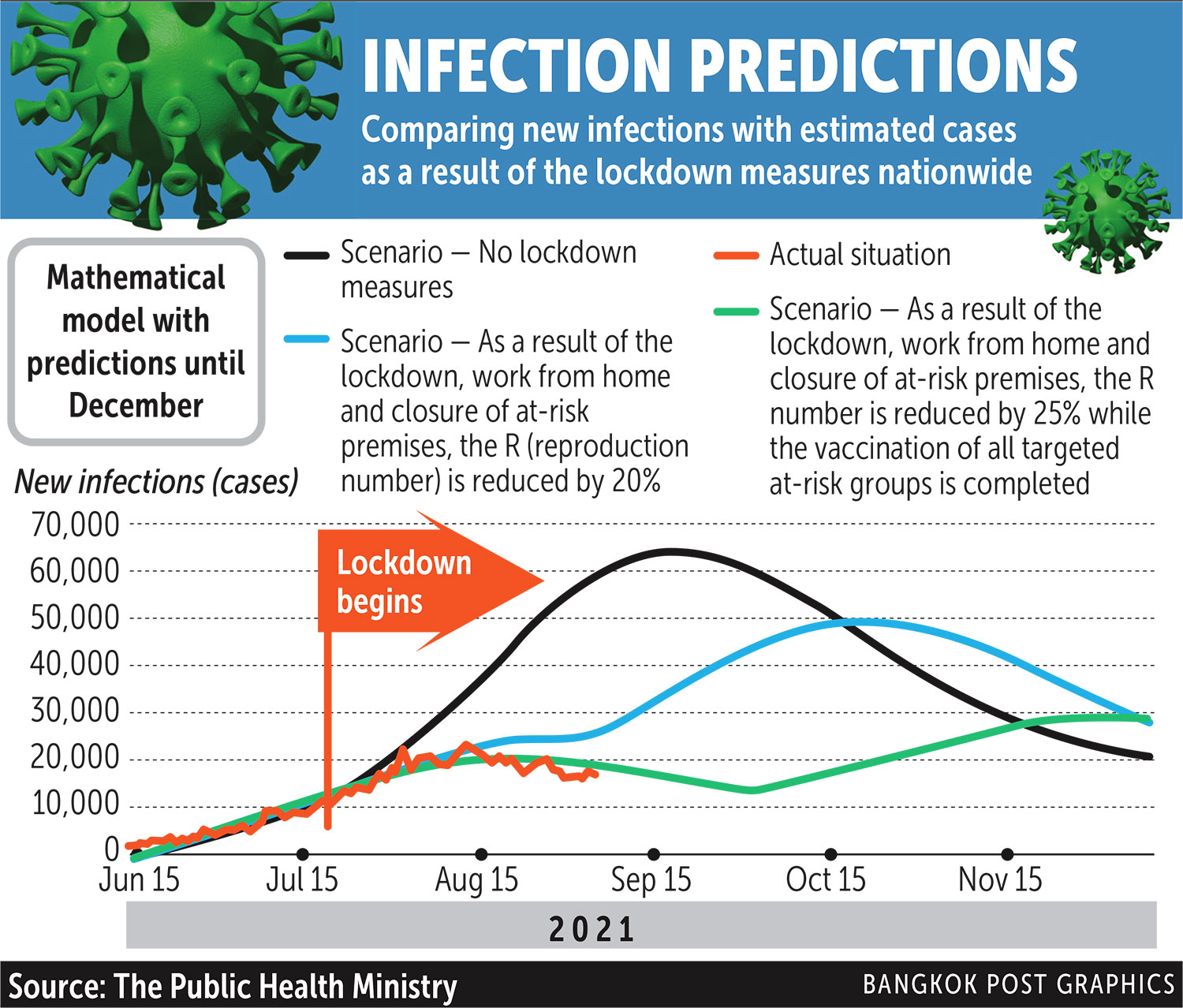 However, the Centre for Covid-19 Situation Administration (CCSA) warned that new daily cases could reach up to 30,000 if people fail to take serious precautions after restrictions are eased.

Gen Natthapol, in his capacity as director of the CCSA's operation centre, said the decree had been invoked only to contain the Covid-19 pandemic.

"We are aware that society is unhappy about it. We have lived under the decree for such a long time," he said. "It was invoked to control the disease and its enforcement must come to an end sooner or later."

"It is likely that the decree will not be extended if the situation remains stable like this due to the cooperation of the public," Gen Natthapol said, adding Prime Minister Prayut Chan-o-cha and the CCSA will make a decision on the matter.

The emergency decree is being imposed in the country and empowers the prime minister to deal with the Covid-19 crisis. It gives Gen Prayut the ability to directly address an emergency situation or prevent worsening conditions. He can also order bans to prevent entry to certain areas deemed prone to coronavirus infections; gatherings in crowded areas or any activity that would incite unrest.

Gen Natthapol said the Public Health Ministry is revising the Disease Control Act, which would replace the emergency decree at the end of this month if it is not extended.

He pointed out that if approved by parliament, the revised disease control law will put in place more effective containment measures.

"The new law should be adequate or even better than the emergency decree," Gen Natthapol said. "This is because the decree focuses on tough restrictions, though in some cases it does not provide an adequate response."

But the amended law will be better suited to the purpose because it has been proposed by the Public Health Ministry, which is more aware of the problems that need to be addressed, he said.

If and when the new law is enacted, the CCSA will officially end its role, with the Public Health Ministry or the National Disease Control Committee expected to take over under new guidelines, he said.

A source at Government House said Gen Prayut will chair a CCSA meeting on Friday to assess the situation after more than a week of the easing of Covid-19 curbs which began on Sept 1.

The meeting is also expected to consider whether to extend the nationwide enforcement of the emergency decree, the source said.

There were 13,544 cases in the general population and 444 among prison inmates, it said. On Sunday, 17,284 Covid-19 patients were discharged from hospitals after recovering from the coronavirus.

In an afternoon briefing yesterday, CCSA spokesman Taweesilp Visanuyothin warned of a potential new infection surge next month if people lower their guard due to eased restrictions and complacency due to the declining number of new cases.

"New cases could reach 30,000 a day next month if people relax social distancing and other measures," he said following discussions with the Public Health Ministry.

People began returning to shopping malls and restaurants on Wednesday when some restrictions were eased by the government. The number of new cases has continued to drop in recent days and the ministry credited it to the partial lockdown.

The CCSA will evaluate the effects of the relaxed restrictions on Friday or early next week, Dr Taweesilp said.

He said Bangkok still led the number of new cases and fatalities with 3,660 and 24, respectively. Its five neighbouring provinces of Samut Prakan, Samut Sakhon, Nonthaburi, Pathum Thani and Nonthaburi reported 53 deaths between them.

All the imported cases found on Sunday were Thais -- 16 returning from Cambodia and one from the United States.