Rescuers work to free the trapped elderly man from the wreckage of his collapsed kitchen, in the Yom River on Thursday morning. (Photo: Chinnawat Singha)

PHITSANULOK: A 79-year-old man was lucky to survive when a riverbank collapsed and plunged his house kitchen into the rain-swollen Yom River in Bang Rakam district on Thursday morning.

Rescuers rushed to Ban Wang Ped village in tambon Bang Rakam around 6am after being alerted that an elderly man was floundering in chest-deep water, trapped in the wreckage of his kitchen.

House owner Khua Meeyaem's legs were caught by a slab of concrete, part of the wall of his single-storey house. Local residents joined the rescue team in the race to save him. The river near the bankside quickly falls off to about 10 metres deep.

The muddy water made the rescue difficult. An iron bar was used to lever the concrete slab  from his legs. After an hour of sustained effort, Mr Khua was released and pulled from the river. He had injuries to his left leg and was exhausted.

Rescuers rushed him to a hospital. (continues below) 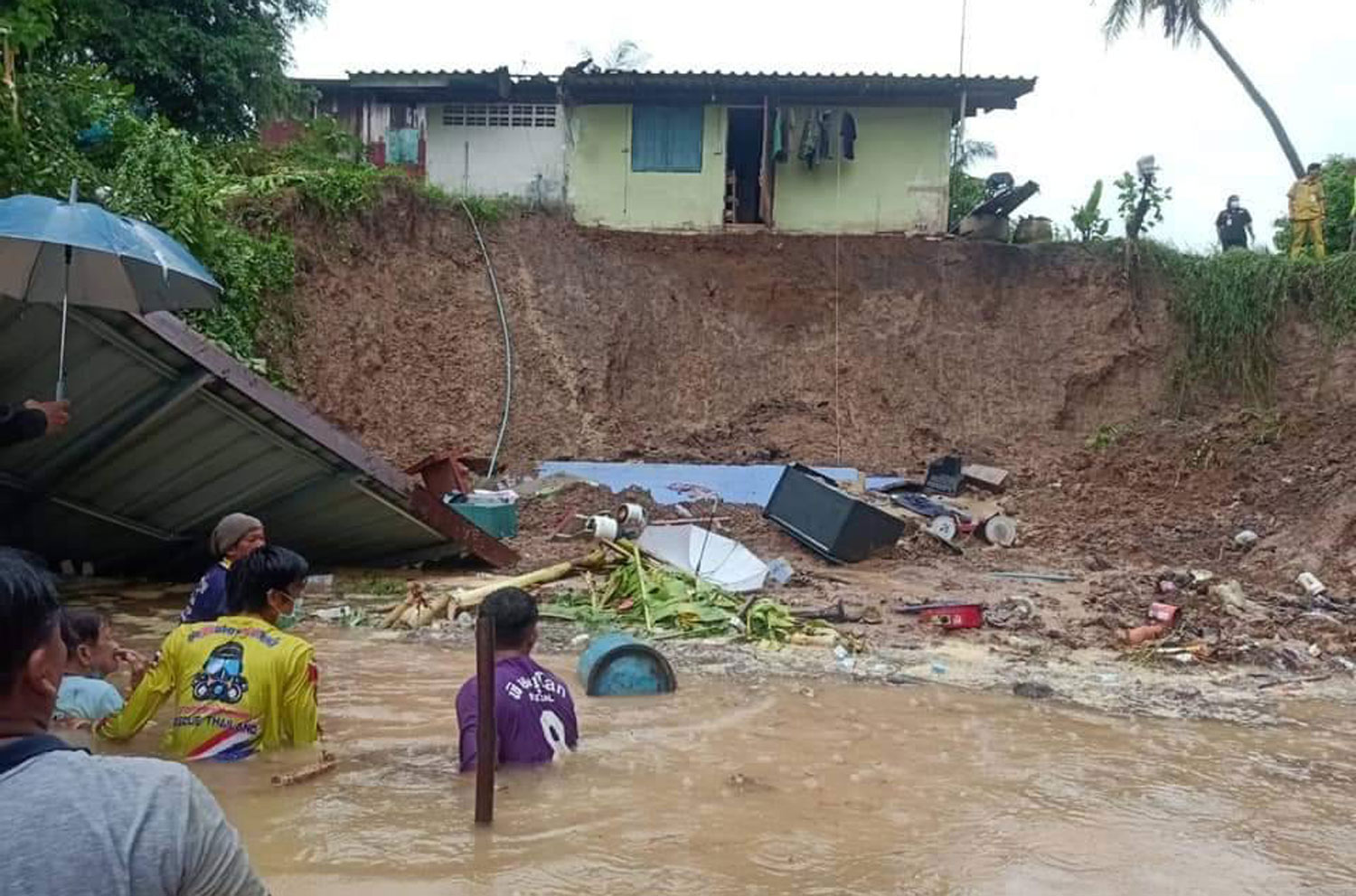 His wife Luan Meeyaem, 82, said it rained heavily overnight. She rose around 5am to cook rice and prepare food to give to monks.

She waited outside at the front of the house for the monks on their alms round. When her husband did not join her, she went to look for him in the bedroom. He was not there, so she went to look in the kitchen at the back of the house, and  found that it had fallen into the river.

Her husband was still inside it, calling for help, she said, tears rolling down her cheeks.

She rushed to get help from neighbours and called rescuers.

He warned people living along the Yom River that more heavy rain was likely and they should be alert for riverbank subsidence and landslips. He ordered local officials to help residents move their belongings from houses that were at risk.