Saengsuree Rungroj, one of Thailand's most famous luk thung singers, died in hospital on Friday after catching Covid-19. He was 68. (Photo: Dara Pappayon Facebook page)

Legendary luk thung singer Saengsuree Rungroj died on Friday, 10 days after he was diagnosed with Covid-19 and admitted to hospital in Samut Sakhon province for treatment.

The announcement was posted on the Dara Pappayon magazine Facebook page on Friday afternoon.

Saengsuree had received treatment at Samut Sakhon Hospital since Aug 31 after testing positive for the virus. His condition deteriorated, with the infection entering his lungs  He was admitted to the public hospital’s intensive care unit and put on a ventilator.

A few days ago his condition seemed to improve. On Sept 7 a doctor removed the ventilator and the singer no longer needed a feeding tube.

On Sept 9 he was given rice porridge with a nurse holding his hand to help him feed. He began speaking and his condition seemed to improve, according to the Facebook post.

He had no fever, his pulse was normal and his appetite improved.

On Friday afternoon his condition suddenly deteriorated and all efforts to keep him alive failed.

Saengsuree was immensely popular with luk thung fans. His biggest hit songs included "Hae khan mak" (the procession of gifts from a groom to the bride's family) and "Rak sao sua lai" (Love a woman in a striped shirt). 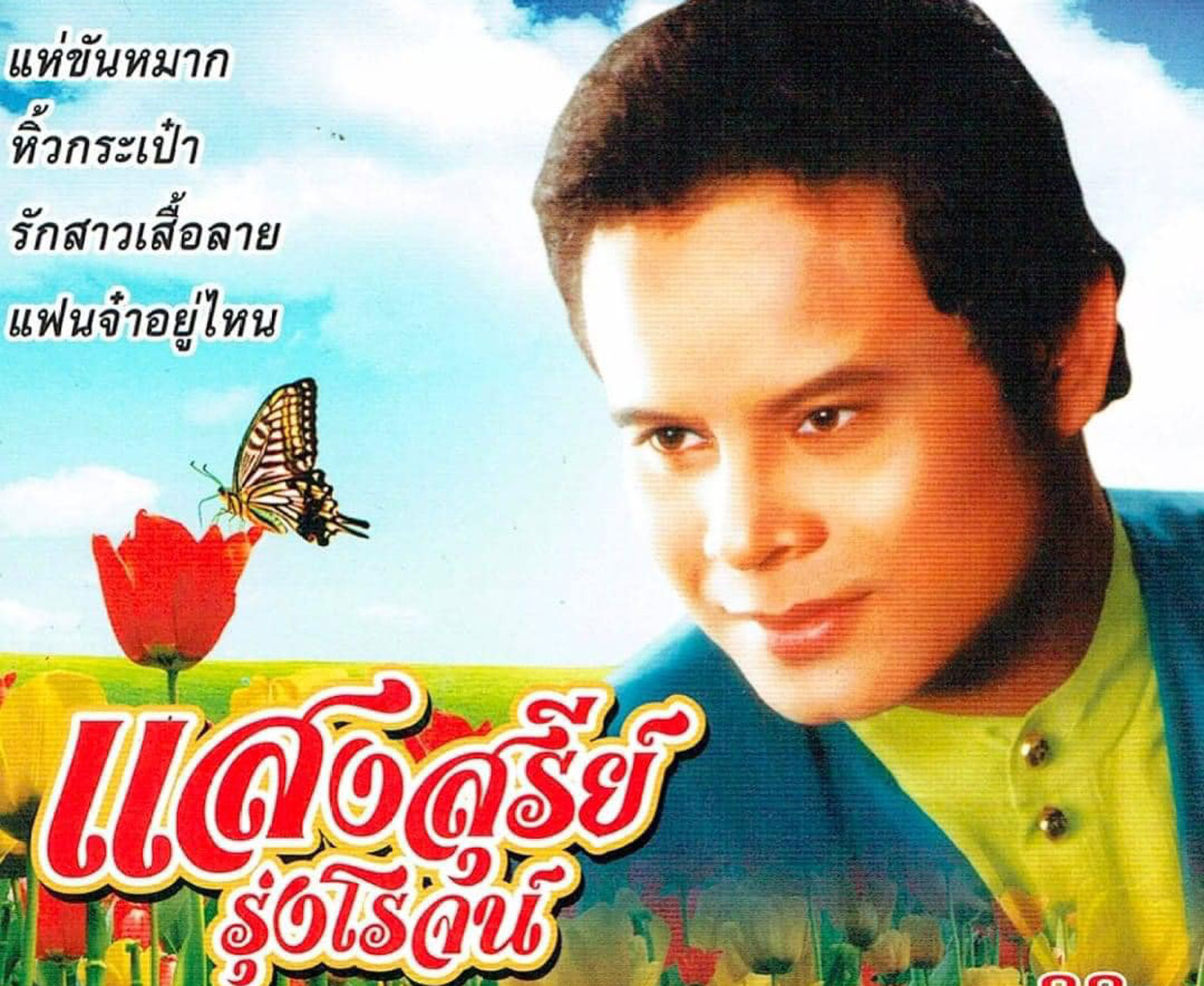 Saengsuree Rungroj on the cover of an album with his hit songs "Hae khan mak"  (procession of gifts from a groom to the bride's family), "Hew krapao" (Carry a bag), "Rak sao sue lai" (Love a woman in a striped shirt) and "Faen ja  yoo nai" (Where are you my girlfriend?). (Photo: Dara Pappayon Facebook page)