Some say SRT is crackers to pay B42.5m to ship in 17 free trains, write Post Reporters

A KiHa 183 train of JR Hokkaido is seen running on a railway covered in snow in Japan. Seventeen decommissioned locomotives of the same type, aged about 40 years old, have been donated to the State Railway of Thailand and will soon arrive in the country.

A decision the State Railway of Thailand (SRT) made to pay about 42.5 million baht for the shipment of 17 second-hand diesel locomotive trains donated by the Japanese Hokkaido Railway Company (JR Hokkaido) has stirred social media controversy about their value.

Social media criticism erupted this week after the railway company on Monday announced its plan to hire a company to ship the donated trains from Japan to Thailand.

On Thursday, the SRT announced it had selected Deugro Projects (Thailand) Co to ship the 17 trains at a cost of 42.5 million baht, including import and value-added taxes, sparking more online criticism.

Some Facebook users with high followings began asking why Thailand must pay the 42.5 million baht for the used trains.

Many netizens who oppose the idea described the trains as "scrap metal".

However, the "Thailand Transportation" Facebook page, a proponent of the plan, published a post saying there's more to the donated second-hand trains.

In the post, the administrator of the Facebook page shared his experience about travelling on a KiHa 183 train in 2016 in Japan before the model was phased out and replaced by a newer one. 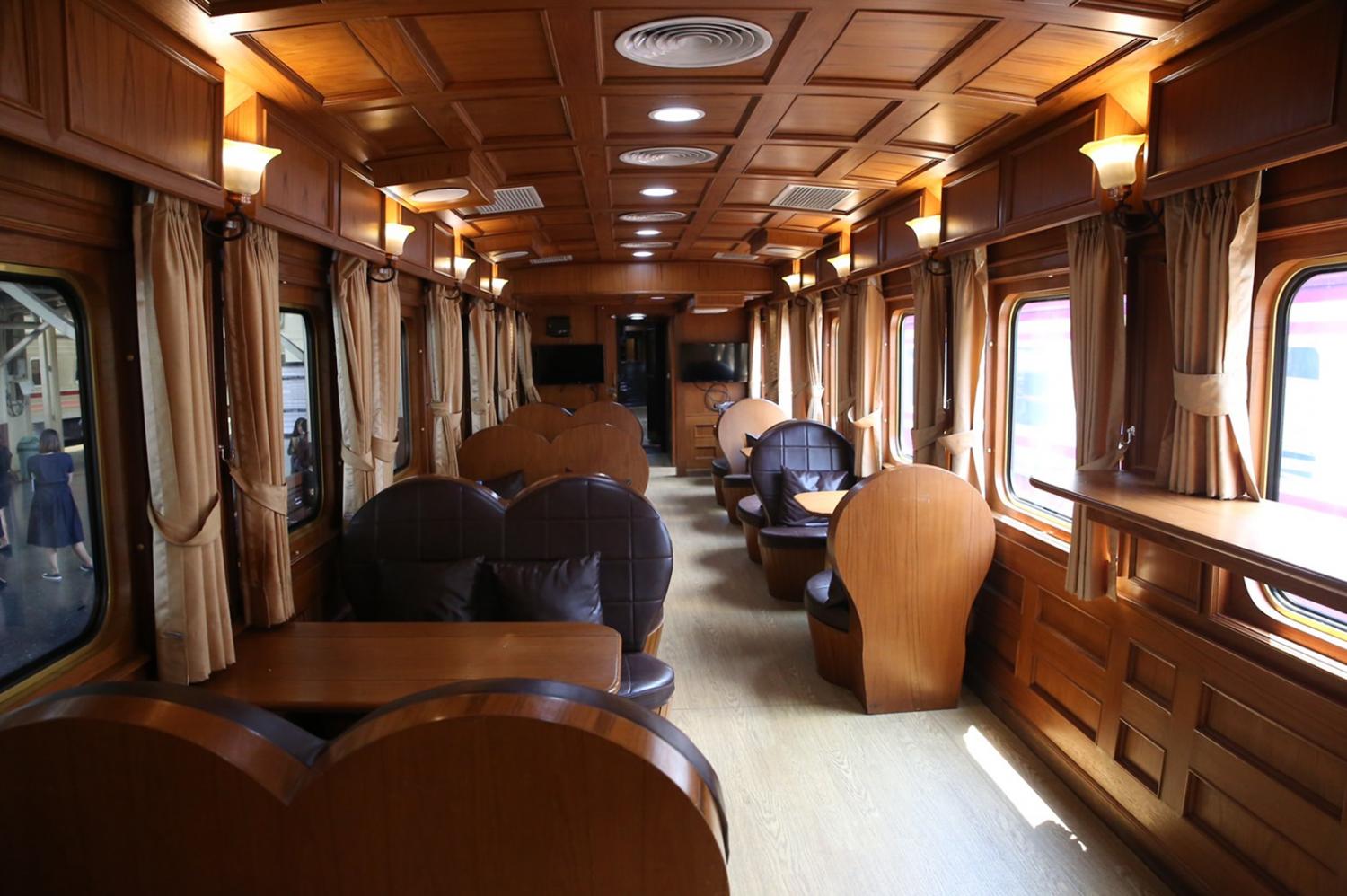 The warm and cozy interior of the KiHa 183 train of JR Hokkaido. (Photos courtesy of State Railway of Thailand)

If the trains were purchased when they were brand new, these 17 trains would cost between 510 and 560 million baht, the post said.

Thailand is getting these trains for free, and they are still in very good condition, it said.

The administrator also posted pictures of his travels on board a train. The post said the images were taken in April 2016, before the train was replaced by a newer model later that year.

It said he travelled from Abashiri to Sapporo, a journey of more than 300 kilometres.

The administrator also posted photos of the interior of a train, saying it still looked new because it was well-maintained.

The train is also newer when compared with the SRT's current Daewoo diesel trains, the post said.

These trains have been well-maintained while waiting for Thailand to transport them from Japan, it said.

Only minor repairs had been conducted, including the removal of stains, the post said.

"Sometimes, we may have to try to view something from another perspective -- engineering in this case," the post said.

The SRT has not responded to questions over the matter. It has however said these trains will be used for tourism promotion purposes.

In a prior statement, the SRT said it received donated trains from Japan.

On Nov 24, 2016, 10 used Hamanasu trains and carriages donated by Japan arrived in Thailand and were later converted to promote the kingdom's tourism initiatives, the SRT said.

It noted that it had earlier received a number of donated railway carriages from JR-West.

The JR-West trains have been in use for general and tourism services, which have generated a lot of income for the kingdom, the SRT said.

Ekkarat Si-arayanphong, director of the SRT's public relations centre, said a recent inspection of the 17 donated train carriages found they were in very good condition.

Mr Ekkarat said that although these train carriages have not been used since 2016, they have always been well-maintained.

When they arrive in Thailand, the donated trains will undergo a safety inspection once again before they will be modified for use to support the SRT's tourism service from next year onwards, he said.