SURAT THANI: Forty-eight people — 27 foreigners and 21 Thais — were arrested during a raid on a birthday party held in violation of Covid-19 restrictions at a luxury resort on Koh Samui early Saturday.

A team of police, soldiers and local officials led by Samui district chief Theeraphong Chuaychoo raided the Maithy Pool Lounge & Restaurant, located at a luxury residential and resort complex on a hill in tambon Bo Phud on the southern tourist island around 1am on Saturday.

They were acting on a tip that a birthday party was being organised at the venue. Such gatherings are against the emergency decree still in effect to deal with Covid-19. Charges can also be laid under the Disease Control Act.

Arrested were 27 foreign nationals — 21 men and six women — and 21 Thais — three men and 18 women. Investigators seized alcoholic beverages as evidence. All partygoers were taken to the Bo Phud police station for legal proceedings.

Earlier, police raided two restaurants on the island for serving alcohol to customers.

Officers raided the Bamboo restaurant and Apple bar around 9.30pm and found alcoholic drinks were being served to customers in violation of provincial authorities’ orders.

Bottles of beer were seized from the two venues. The owners were charged with selling alcoholic drinks and allowing the consumption of alcohol on their premises. 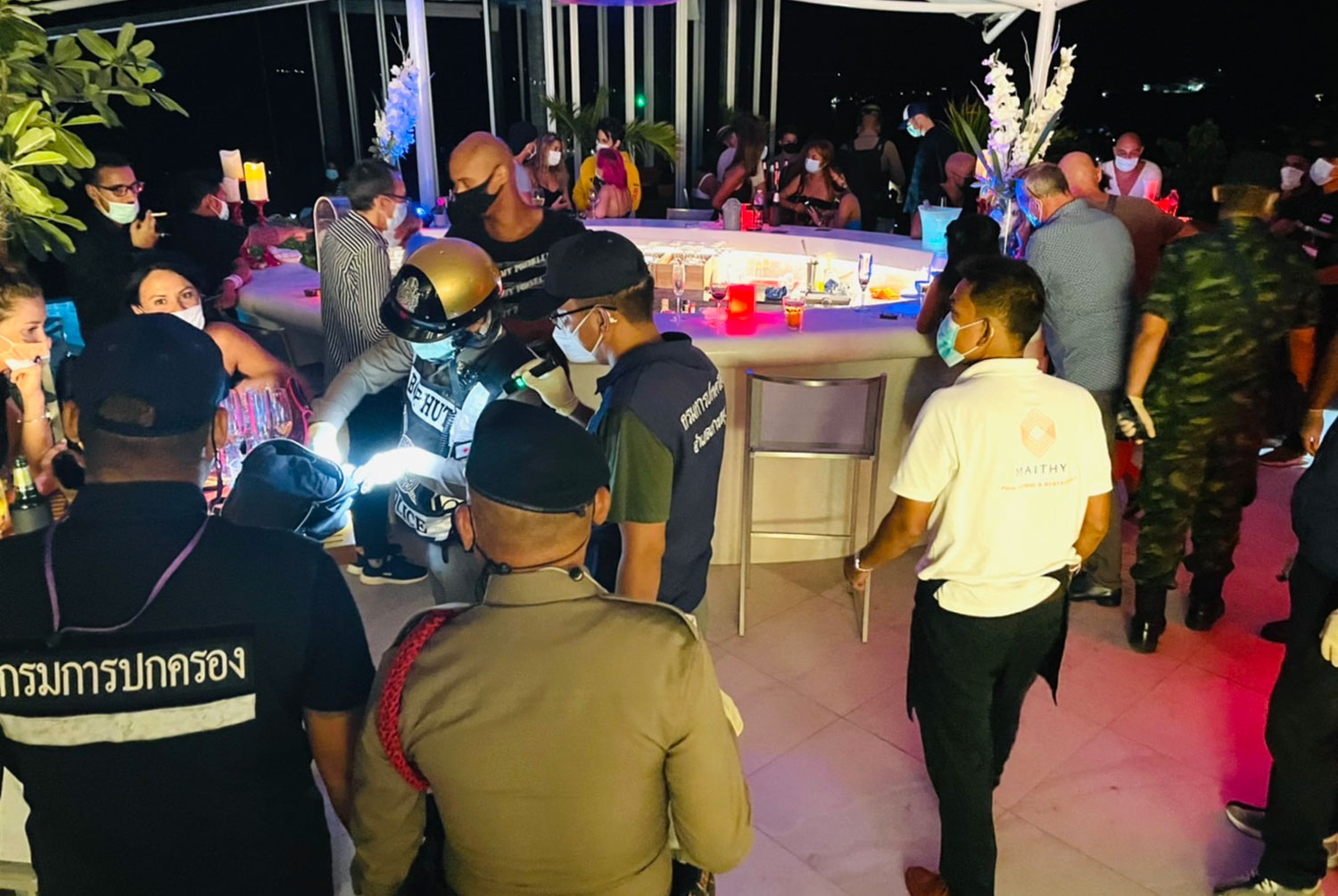