More than 200 fishing vessels are moored at two piers in Khlong Yai district of Trat province as the Meteorological Department has warned operators about strong wind, waves and heavy rain. (Photo: Jakkrit Waewkraihong)

Fourteen provinces in the Northeast and the East are told to brace for heavy rain on Sunday and many provinces in four regions are expected to be hit on Monday as Tropical Storm Conson will make landfall in Vietnam on Sunday.

The Meteorological Department said on Saturday that the storm was moving west across the South China Sea and is expected to make landfall over Da Nang in Vietnam on Sunday. As it moves inland over Cambodia and Thailand, the storm is expected to be downgraded to a tropical depression and then an active low-pressure cell.

The monsoon trough lies across the lower North, upper Central and Northeast of Thailand, with isolated heavy to very heavy rain likely, the department said in its latest announcement issued on Saturday.

In Trat, more than 200 small and large fishing boats have been moored at two major piers in Khlong Yai district after the department warned of heavy downpours and heavy wind and waves.

Dilok Mangkornkim, owner of several fishing vessels in Khlong Yai district, said more than 200 boats had been moored at Chalalai and Kallapangha piers for two days as waves were already around 2 metres high.

Sarayut Sae Lim, another fishing trawler operator, said he had stopped fishing for several days. His vessels are berthed at Chalalai pier and he expects it will be several more days before he can go to sea again.

At another pier for cargo vessels to transport goods to Cambodia and Vietnam, many vessels were also staying ashore until the storm passes. 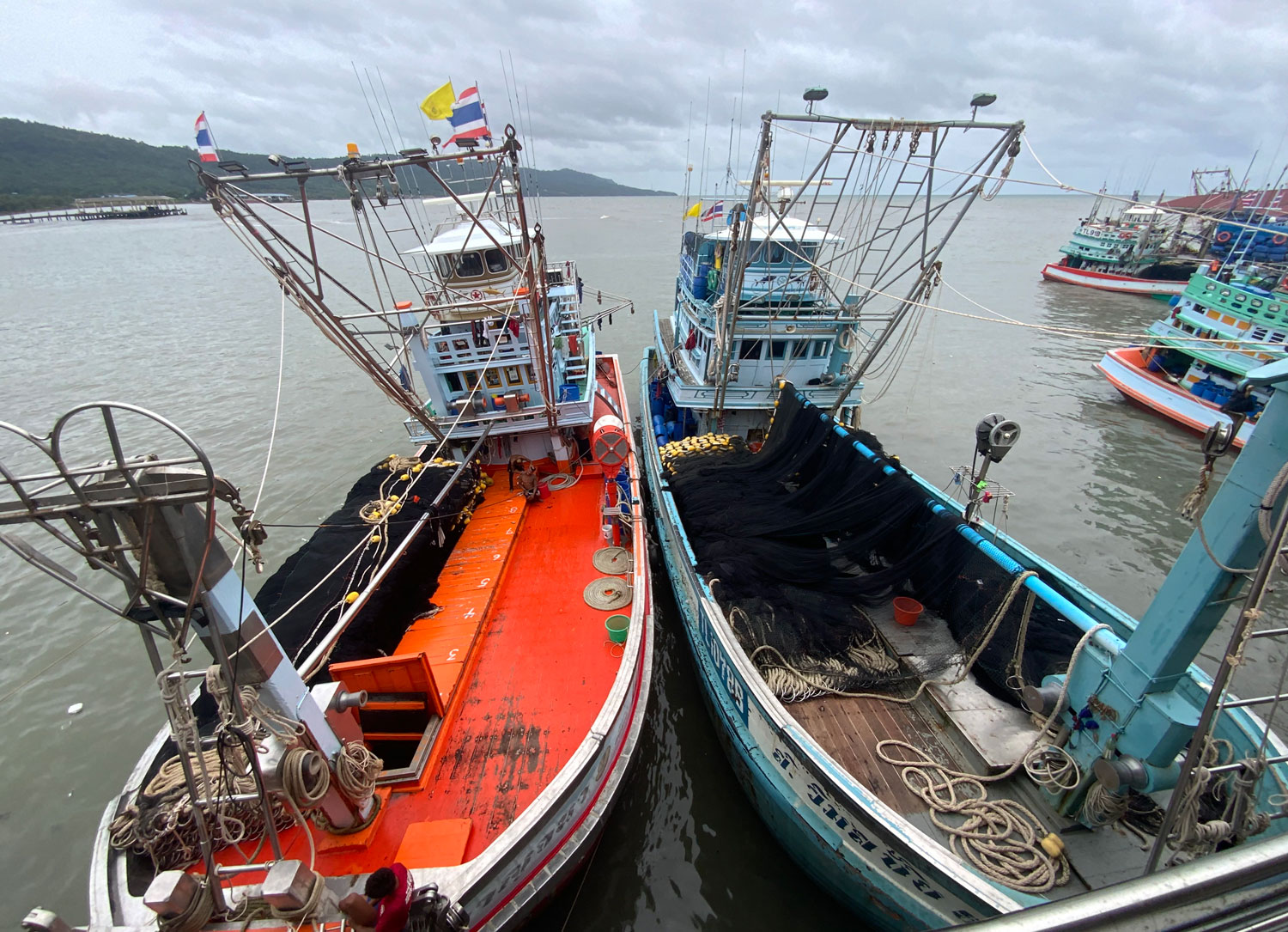 Many small and large fishing boats are seen moored at the Chalalai and Kallapangha piers in Trat. (Photo: Jakkrit Waewkraihong)