Police seize illegal sanitiser gel at one of five venues raided in Bangkok, Samut Prakan and Ayutthaya province on Tuesday. The woman in the yellow shirt on the left, whose face was blurred out by police, was among those arrested. (Police photo)

Illegally bottled and sold alcohol and hand-sanitising gel worth over 5 million baht has been seized during police raids in Bangkok, Samut Prakan and Ayutthaya provinces.

The raids were made by officers from the Consumer Protection Police Division (CPP)  and Food and Drug Administration (FDA) on Tuesday.

They confiscated thousands of bottles of alcohol and hand-sanitising gel and spray produced without a licence, and empty bottles. The seized products were worth over 5 million baht retail.

Arrests were made but police did not release details, and suspects' faces in photos released to the press were blurred.

Police investigators learned there was a network involved in the unlicensed production of the products and also operating in Ayutthaya and Samut Prakan.

FDA deputy secretary Supattra Boonserm said the Covid-19  situation led to high demand of for alcohol and sanitisng gel. Some people had seized this opportunity to illegally produce these products for sale. 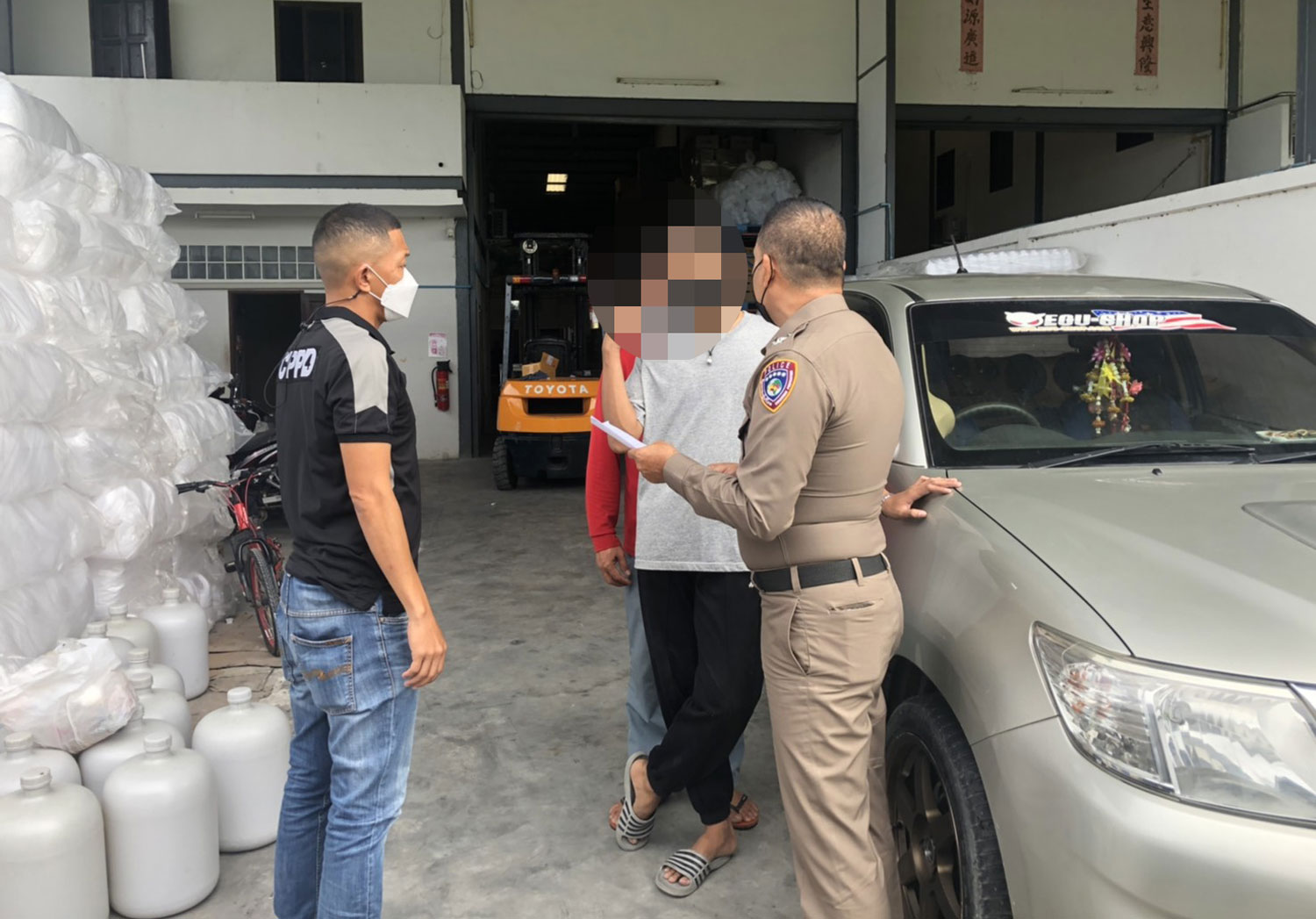 A police officer interrogates a person at a warehouse where illegal alcohol and hand sanitiser products were seized. (Police photo)