The wall around the Nakhon Si Thammarat Correctional Institution for Young Offenders, where a new cluster of Covid-19 disease has been found. (Photo: Nujaree Rakrun)

NAKHON SI THAMMARAT: A new Covid-19 cluster is reported at the Correctional Institution for Young Offenders in Muang district, with 64 inmates already testing positive and the number expected to soar.

Officials said infections could rise to 1,000 as testing continues. There are  more than 2,500 inmates and prison officials at the facility, in tambon Tha-ngiew.

Despite the name, the prison is full of adults, some over 60 years old.

The revelation sparked apprehension in nearby communities that the disease might have spread beyond the prison even though corrections officials insist the department's Covid-19 controls are strict.

Antigen kit tests had returned 64 positive results. Those inmates had been tested again with PCR tests, and all 64 results were confirmed, Dr Charaspong said.

There were more than 2,500 inmates and prison officials at the correctional facility. If all were tested it was likely around 30% or more would show positive, around 900-1,000 people, he said.

Inmates known to be infected had already been separated from the others for treatment, he said.

He tried to allay local communities' fears the disease could spread, pointing out that the infections were all in a sealed up place.

Dr Charaspong also said health officials would speed up the inoculation of market vendors in the Covid-outbreak districts of Muang, Tha Sala and Pak Phanang.

On Thursday, 418 new infections were reported in this southern province, raising the accumulated cases to 11,462. Of these, 8,892 have recovered and been discharged from hospitals. The provincial Covid-related death toll is 76. 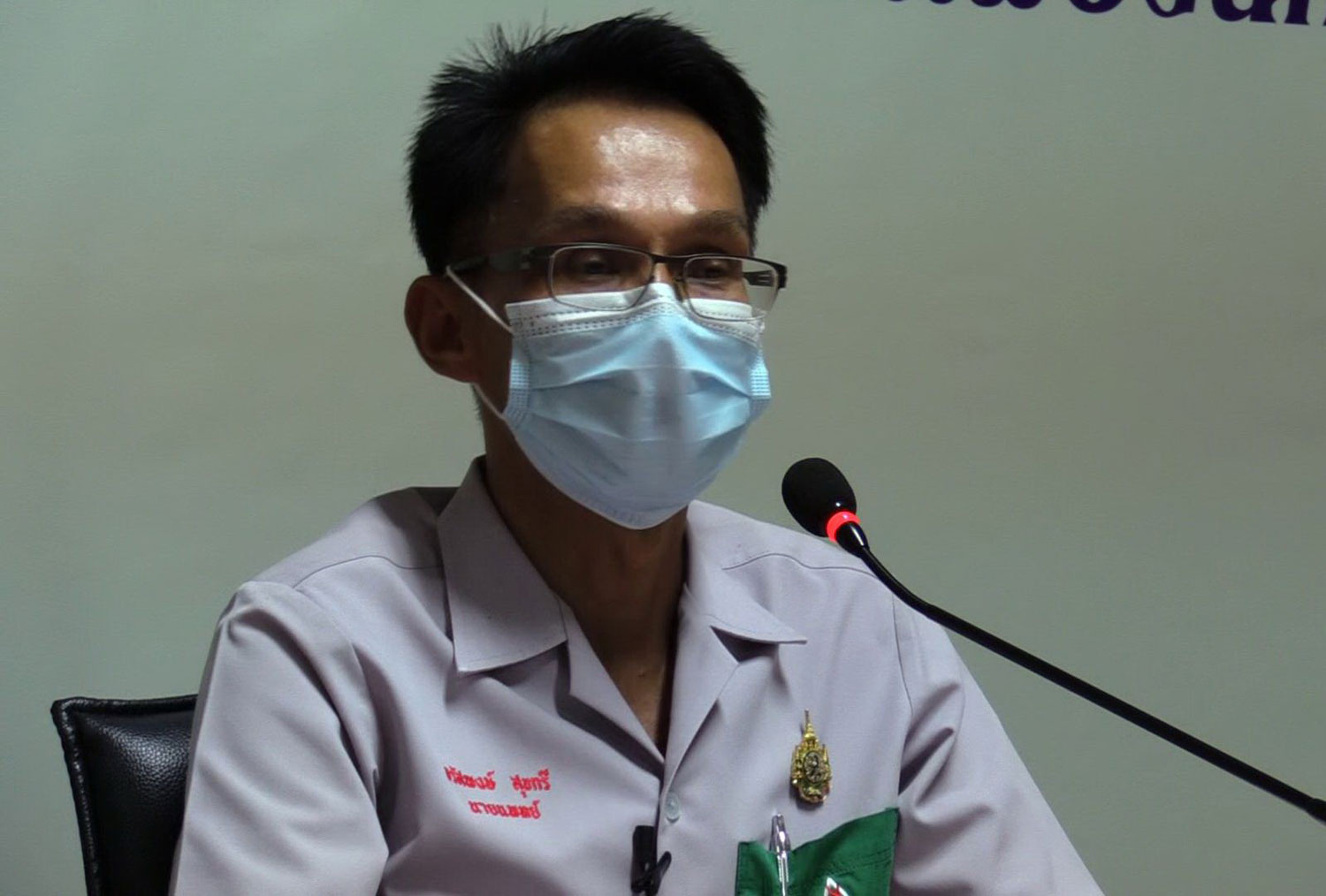