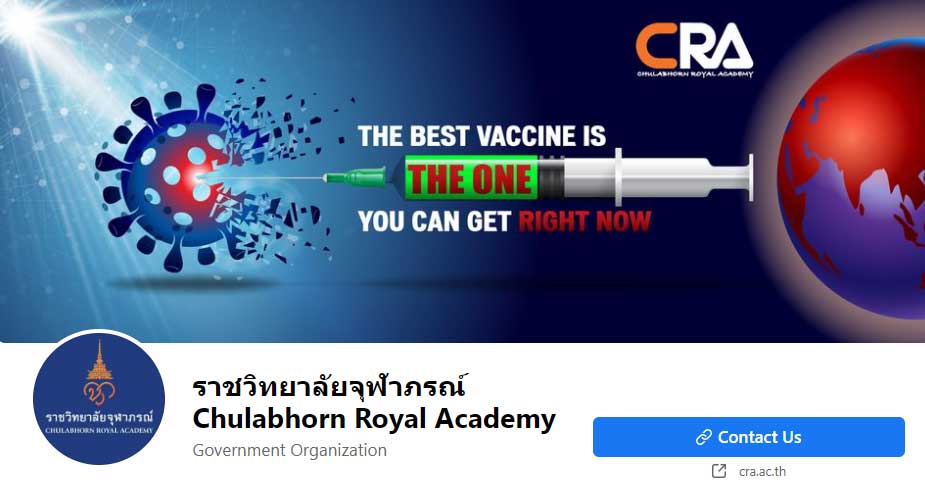 Wanlop Yutithamdamrong, CRA deputy secretary-general, submitted a letter with evidence of the alleged scam to Department of Special Investigation secretary-general Pol Lt Col Korawat Panprapakorn, asking the DSI to accept it as a special case for investigation.

Mr Wanlop said the CRA had earlier filed a complaint with Thung Song Hong and Nonthaburi police. However, since the fraud had caused millions of baht in damages, the CRA wanted the DSI to take up the case.

"We obtained information that the scammers began to use fake Facebook and LINE accounts to deceive people after the CRA imported the first lot of Sinopharm vaccine.

"They claimed to be CRA officials, but we had no clear evidence against them. They talked to groups of people via the accounts about the acquisition of the vaccine and persuaded them to place orders and transfer payment, claiming the buyers would get the vaccine at a lower price than that set by the CRA," he said.

CRA legal counsel Nakanan Ruamjai said the scammers had repeatedly closed accounts and opened new ones after many people sent them money.

Pol Lt Col Korawat said he would assigned a working committee to the case, to decide whether to accept it for investigation.