Police seize 18 handguns, ammunition and gun parts at a house in Bangkok's Bang Khae district. A man and a woman were arrested. (Photo supplied)

Police from the Patrol and Special Operations and Division (also known as 191 Police) arrested Arthit Nanwisut, 24 and Maliwan Chanchana, 20, at their house in Bang Khae.

The also seized 141 rounds of ammunition, 18 handguns, 60 gun barrels and other gun parts.

The couple were charged with colluding in illegal possession of firearms and ammunition and illegal sale of firearms, said Pol Maj Gen Samarn Nuanma, deputy commissioner of the Metropolitan Police Bureau.

The suspects had opened a Facebook page, “Archao Samrong’’, to display their products. The page drew about 2 million views and had 50,000 followers, Pol Maj Gen Somboon said.

The two were held in police custody for legal action. 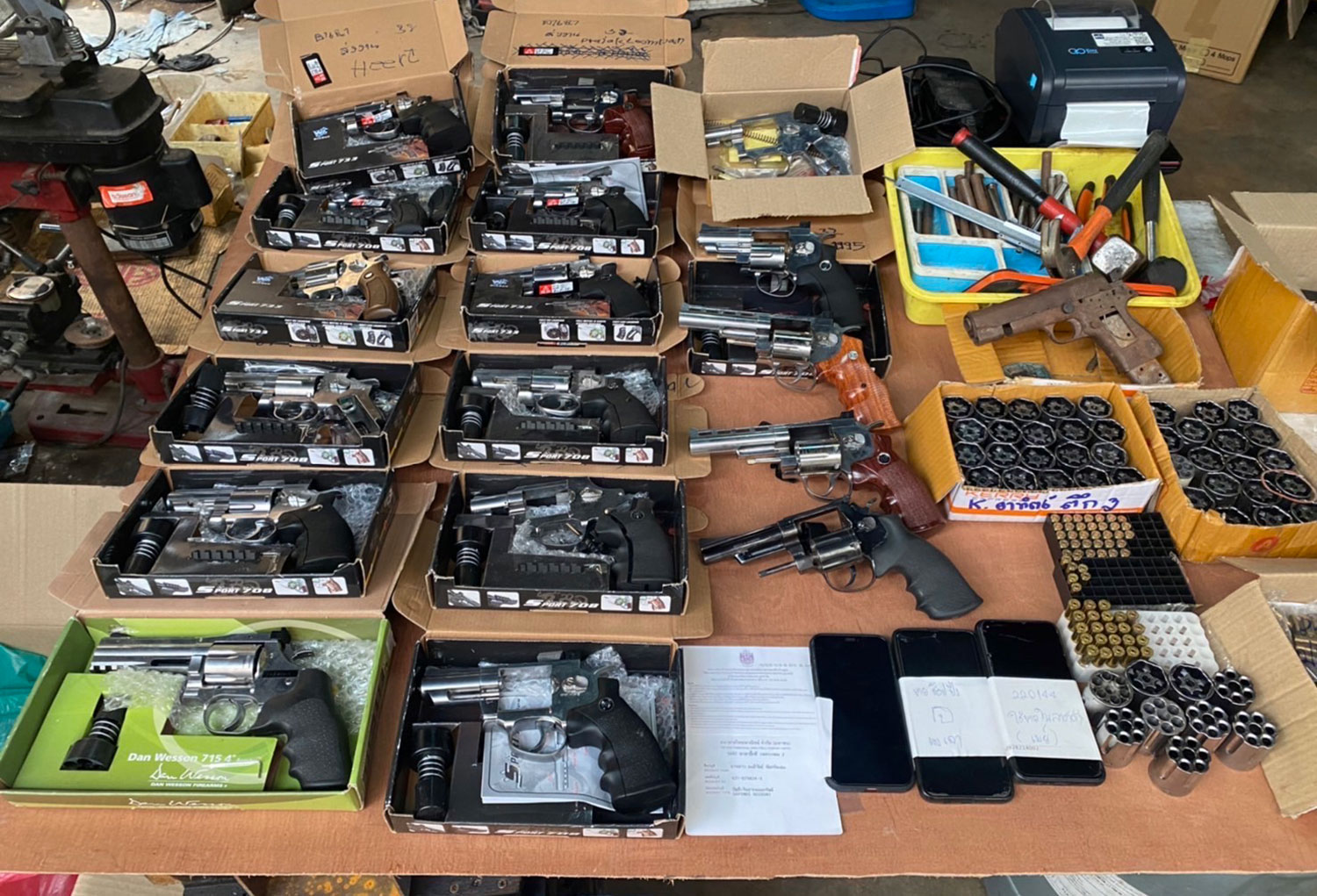 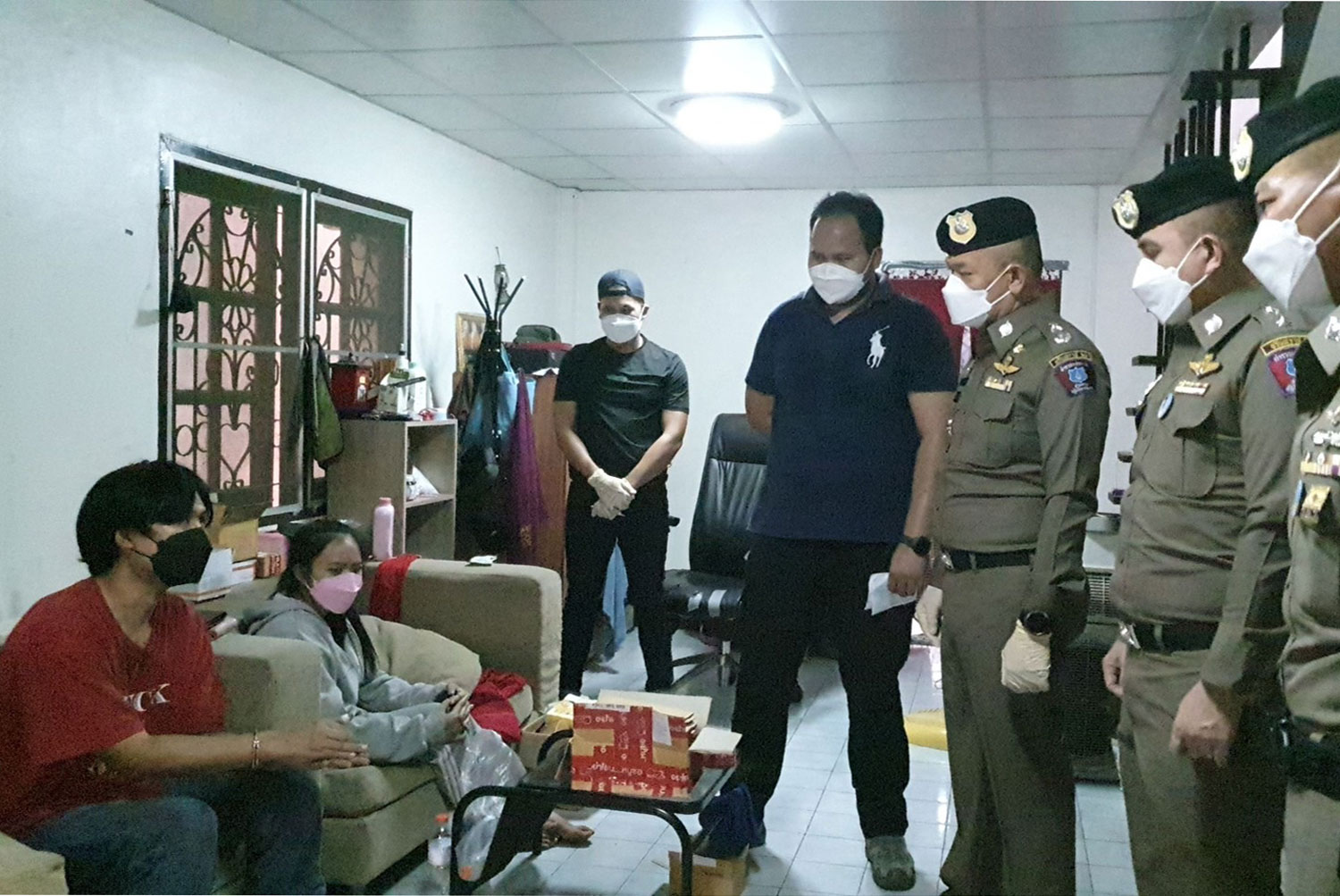 Arthit Nanwisut, 24, and his wife Maliwan Chanchana, 20, are arrested at their house in Bang Khae district, after guns, ammunition and gun parts were found there. (Photo supplied)