The Public Health Ministry on Thursday expressed concerns over the spread of Covid-19 in the southern region that is contributing to high daily caseloads nationwide despite a downward trend in infections. 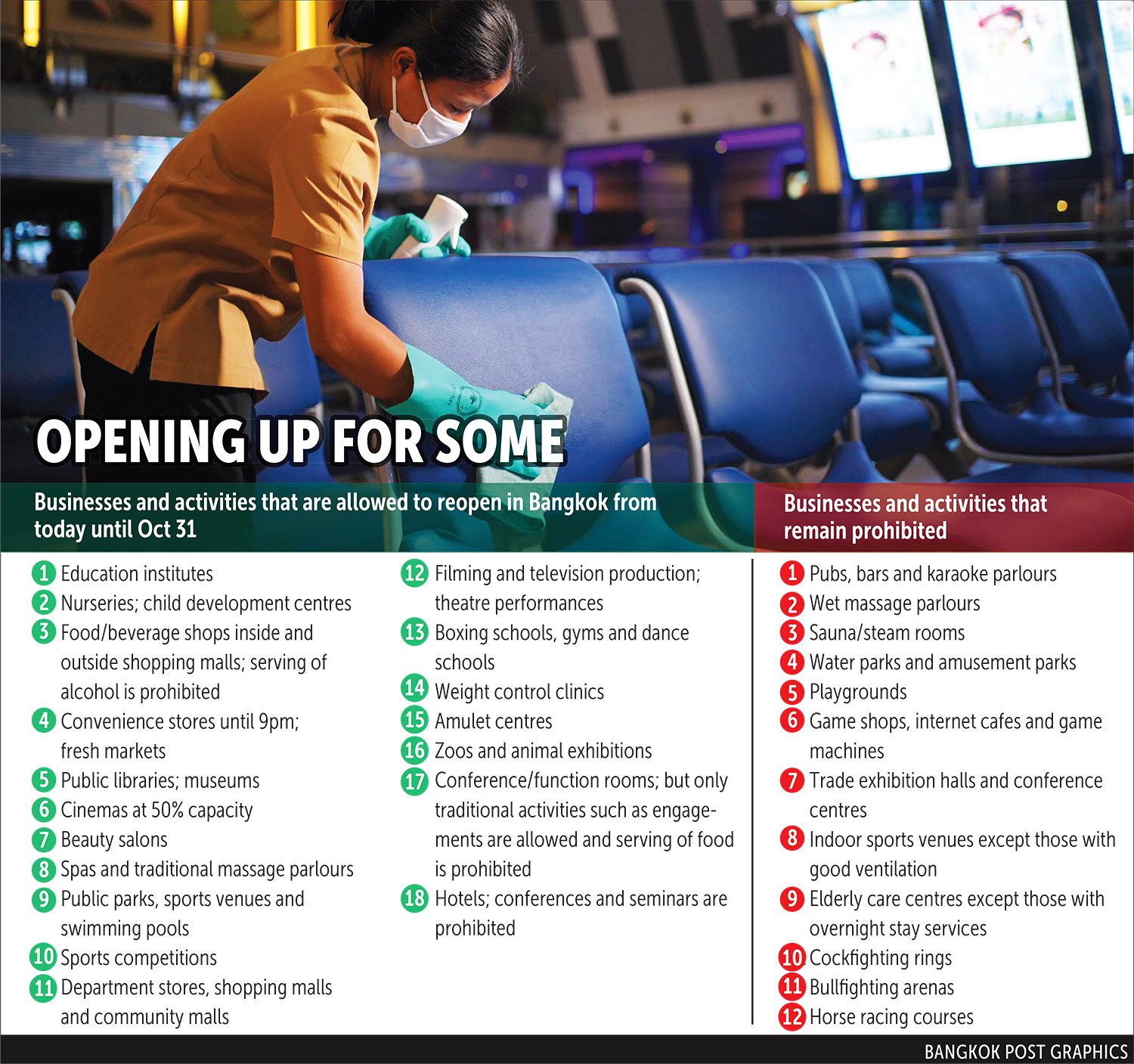 Kiattiphum Wongrajit, permanent secretary for public health, said the number of Covid-19 cases is continuing a downward trend even though daily cases are steady at about 9,000–10,000.

Dr Kiattiphum said Bangkok and other parts of the country have seen a fall in new cases but the southern region has reported a spike. The ministry was doubling down on efforts to contain transmissions, he said.

"If infections in the region reduce, overall new cases will too," he said. "However, the number of daily infections is likely to stay at about 5,000."

Dr Suthep said large gatherings and a low vaccination rate were primary concerns but a vaccination-awareness campaign was underway to help achieve the 70% inoculation target.

He said health officials planned to reduce infections in the region by 10% every week.

According to Dr Suthep, the dominant strain in the region was Alpha (58%), while Delta infections accounted for 38% and the remaining cases were related to the Beta strain.

There were 11,646 new Covid-19 cases recorded and 107 more fatalities during the previous 24 hours, according to the Public Health Ministry.

The number of new cases rose from the 10,414 announced on Wednesday when the country recorded 122 more deaths. Bangkok had 1,630 new cases and logged 42 deaths.

Meanwhile, the sale of antigen test kits (ATKs) for home use is allowed in shops and online to enable easier public access, says the Food and Drug Administration (FDA).

Paisarn Dunkum, FDA secretary-general, said the Public Health Ministry has authorised the sale of ATKs for self-testing in retail shops and online shops effective from Wednesday.

Previously, the sale of ATKs was only allowed at drug stores and medical facilities.

Dr Paisarn said customers can check the FDA website to determine which ATK brands were approved for use.