They raided premises in a housing estate in tambon Lam Pho of Bang Bua Thong district early on Friday morning.

Phaithoon Singjarn, 20, and Suksan Kaewyot, 19, were detained after police searched the house and found home-made explosives, ping-pong bombs and bomb-making materials including sulphur, potassium nitrate, flash powder, gravel and black tape, along with fireworks and slingshots.

A motorcycle and a pickup truck, and stickers with a message denouncing Prime Minister Prayut Chan-o-cha were also seized as evidence.

He said Pol L/Cpl Thanawut Jirakhachaen had been seriously injured, requiring many stiches to his lacerated face. 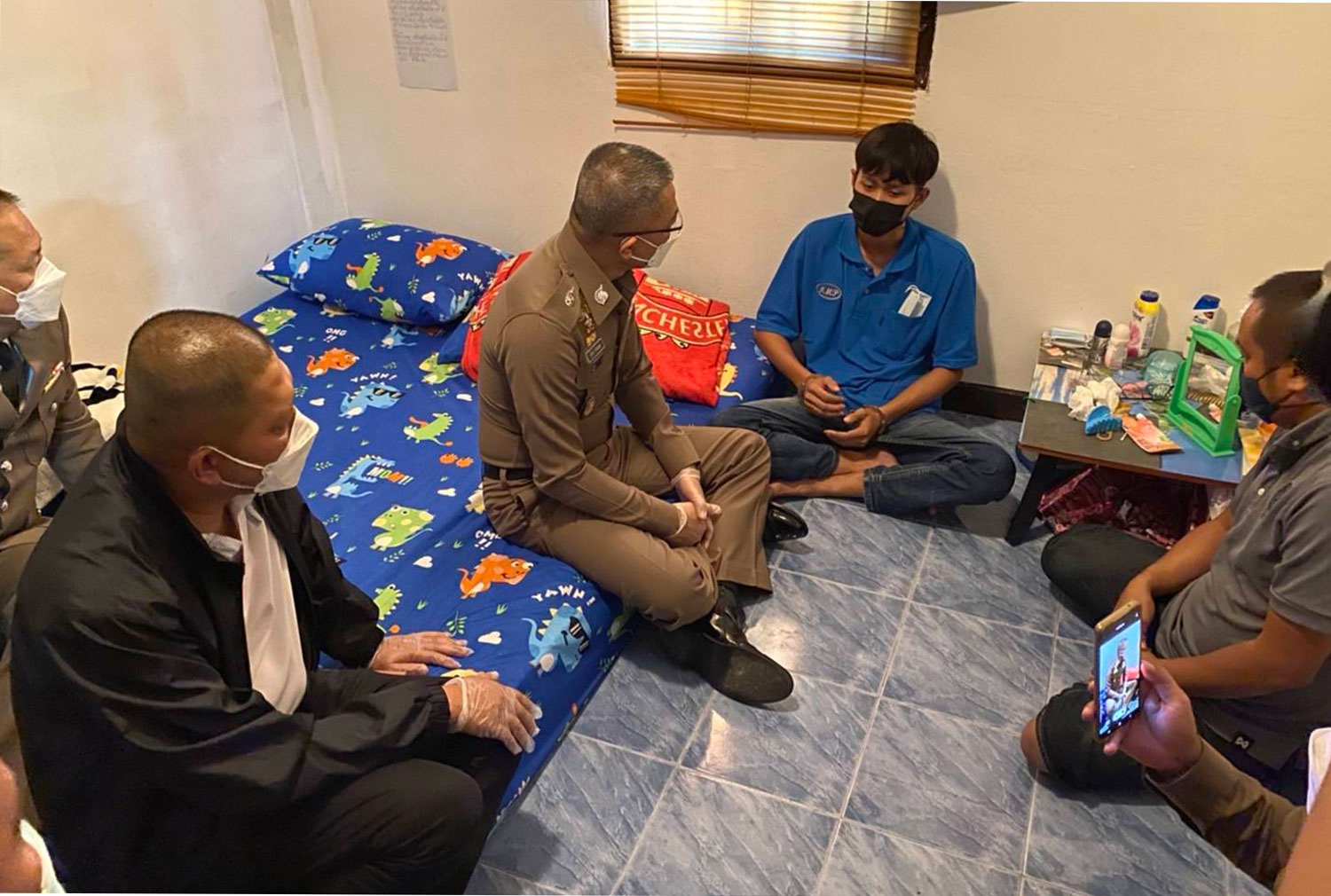 Police question one of the suspects during the raid in Nonthaburi on Friday morning. (Photo supplied)

According to the national police chief, the suspects had purchased materials online for making explosives which were used to attack officers handling street protests on several occasions. They also distributed bombs to demonstrators.

The two men worked as drivers, delivering goods for a convenience store.

Pol Gen Suwat said police were investigating whether there were any people pulling the strings behind the suspects’ alleged involvement in street rallies. The officers would look for a money trail.

Investigators had determined the suspects had followed street protests on social media, and had then acted in a way to become accepted by the young people taking part in those rallies, Pol Gen Suwat said.

He expressed concern that the two men were still young. He warned parents to advise their  children to think twice about what they were doing. If any committed offences they might face legal action, the police chief said.

Mr Phaithoon and Mr Suksan were charged with colluding in the attempted murder of officers performing their duty, being in a gathering of more than five people in violation of the emergency decree, illegal assembly with more than 10 people, using force to create unrest and using force to obstruct officers doing their duty. 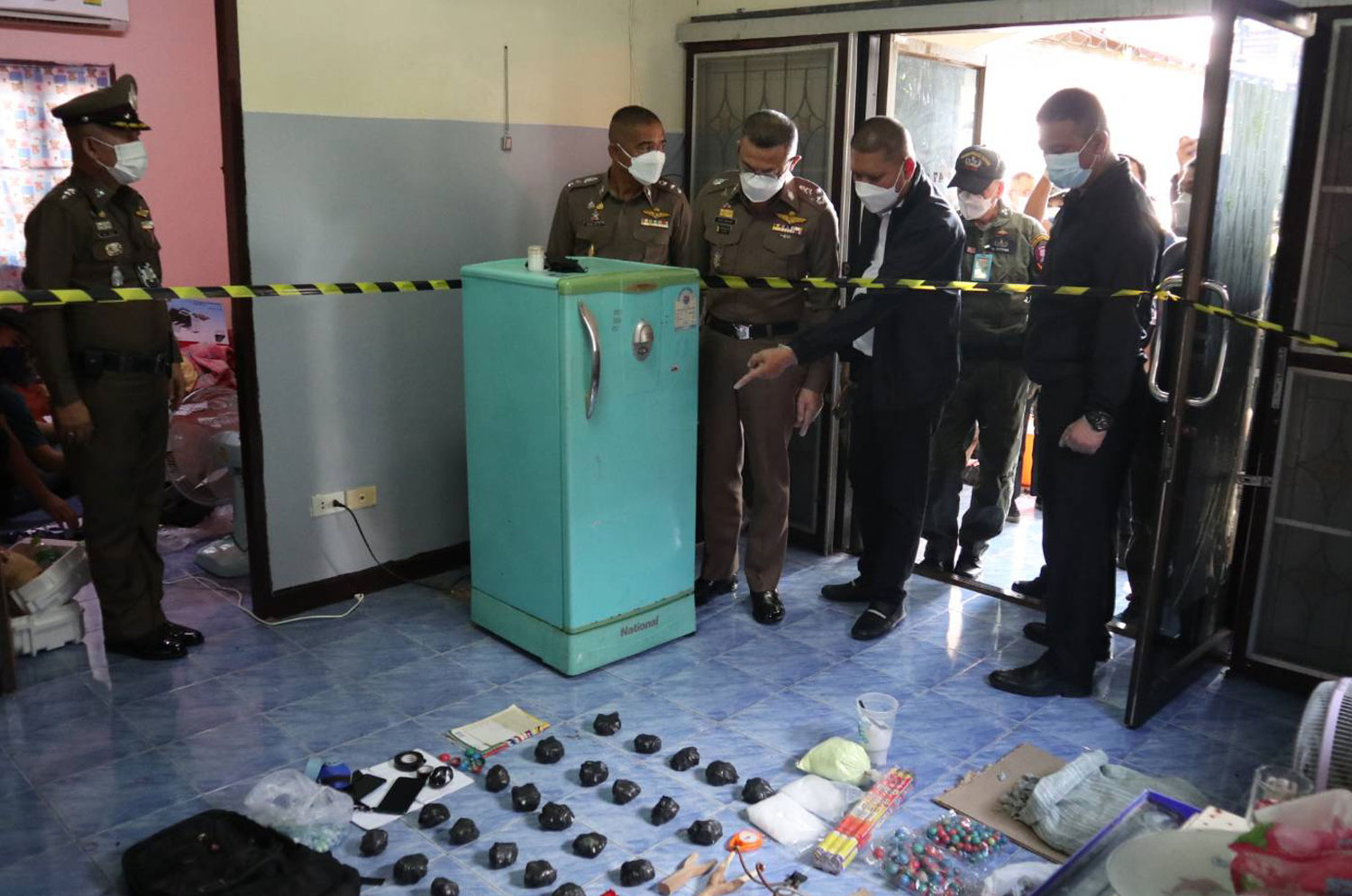 Bangkok police, led by national police chief Pol Gen Suwat Jangyodsuk, with some of the items seized during the raid on the house in Nonthaburi on Friday. (Photo supplied)