Death of stressed teen puts CCIB on the warpath, with young woman accused of defrauding him behind a string of scams

The Cyber Crime Investigation Bureau (CCIB) is moving to tighten rules around e-commerce to combat online shopping fraud which has gained wide public attention following the death of a 14-year-old boy who died from a haemorrhagic stroke after learning he had been duped.

CCIB commissioner Pol Lt Gen Kornchai Klayklueng said his unit has roped in the Bank of Thailand in its fight against consumer fraud targeting what are known as "mule accounts".

These bank accounts, which are opened and owned by third parties, are primarily used by scammers to collect ill-gotten proceeds and more often than not cannot be traced back to them.

The CCIB has floated a proposal asking commercial banks to consider urging online vendors to register with them to add credibility to their stores, and banks have welcomed the idea, he said.

Details will be discussed with the Thai Bankers Association and the Anti-Money Laundering Office (Amlo) and a plan to root out fraudulent vendors is expected to take shape by the end of this year, he said.

Online fraud and call-centre scams are among the CCIB's five investigation and crime suppression tasks. The unit has joined local police in tracking down 19-year-old Piyada Thongkhampan who is suspected of cheating around 500 people, mostly students, by selling non-existent phones online.

Prior to Ms Piyada's surrender, Naruemon Chamnan, 18, and Sainamphueng Chanamarn, 19, were arrested on suspicion of being hired by Ms Piyada to open bank accounts for her. Ms Piyada denied knowing the suspects.

Ms Piyada was on the police radar after the death of Nong Kong, 14, a secondary school student in Chiang Mai, who died after learning he had been duped.

Ms Piyada advertised the phones via an Instagram account, Phonebymint, which had more than 60,000 followers and apparently gave her online credibility. She targeted only students and lured them by selling phones at cheap prices, according to police.

According to his family, the boy paid 5,000 baht for an iPhone 7 which he needed for online classes.

He could not get in touch with Ms Piyada after he paid the money, and the phone was not delivered. The stress caused was reported to have led to a stroke that killed him.

The CCIB started from the Instagram account and identified the vendor as Ms Piyada. After gathering more evidence, it submitted the findings to local police to seek an arrest warrant.

Ms Piyada was initially charged with fraud and breaching the Computer Act. The investigation has been expanded to determine if the family of her boyfriend was involved in the scam. 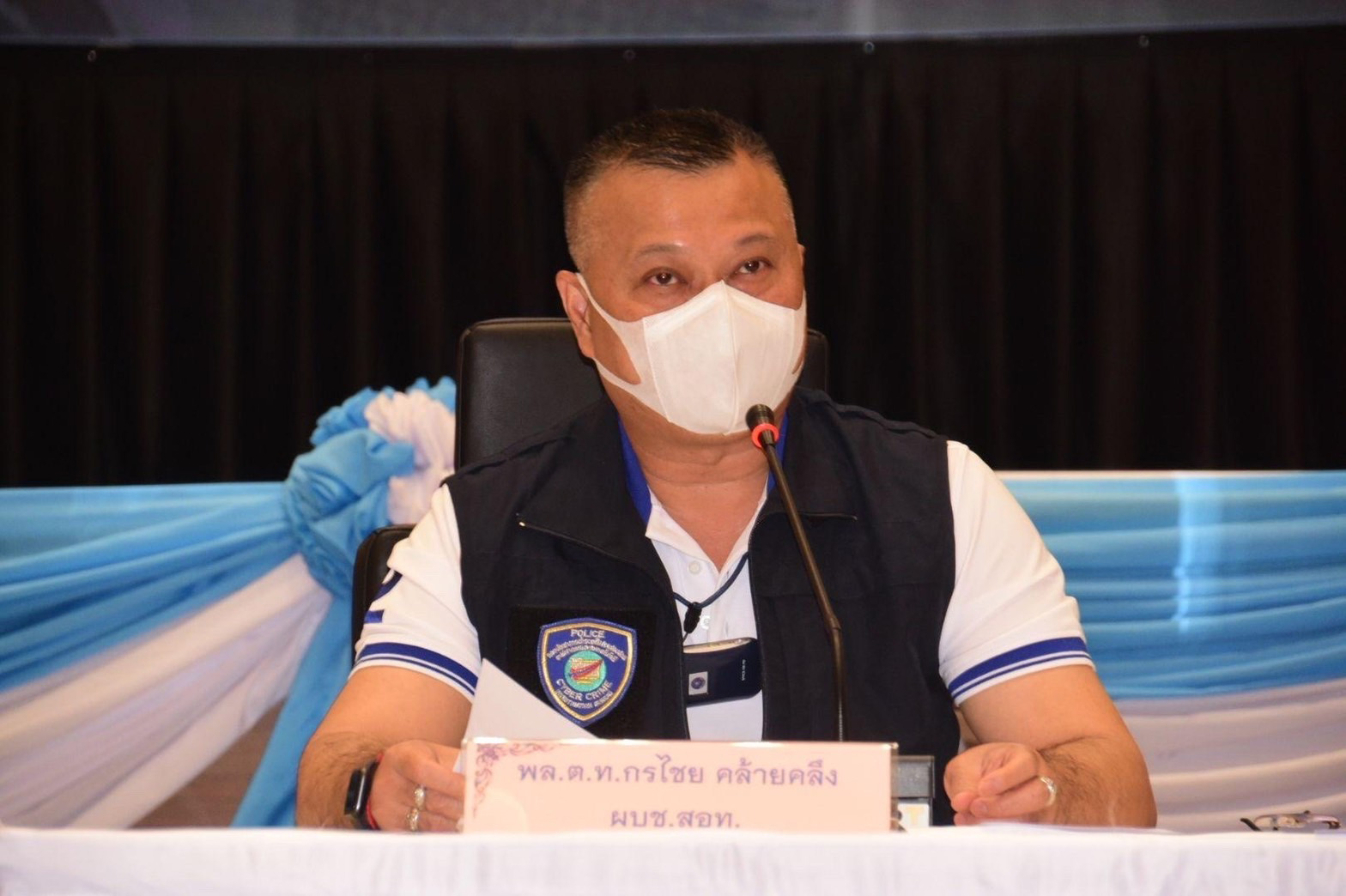 According to Pol Lt Gen Kornchai, Ms Piyada is on a fraudster blacklist and is linked to at least three dodgy schemes while the Phonebymint account is believed to be her eighth.

Police have confirmed 17 bank accounts used in fraudulent transactions. They are investigating 143 others linked to her scams, he said. So far 53 people have lodged complaints against her with damages estimated at 685,000 baht.

"The investigation found that she paid people for their bank accounts and opened online stores to sell second-hand phones," the commissioner said. "The mule accounts make it difficult for police to trace because they are used to hide the money trail.

"The proceeds are moved around using several mule accounts and they are spent to buy other goods and services which fit the money-laundering pattern."

He said the CCIB is working with Amlo to recover criminal proceeds so they can be returned to fraud victims.

Pol Lt Gen Kornchai said the unit has cracked 191 online shopping fraud cases involving 201 people, noting the number is likely to increase due to the growth of e-commerce.

He said consumers have to be aware of scammers pretending to be legitimate online sellers and they are recommended to buy from credible e-commerce platforms such as Lazada or Shopee.

He said a search for reviews before purchasing is also recommended but warned that they should also be wary of fake reviews as some vendors pay for positive reviews.

Blacklistseller.com, a community set up to warn about scammers and associated bank accounts, is also a good place to verify online vendors, he said.

Pol Lt Gen Kornchai also urged online vendors to join the CCIB's anti-shopping fraud initiative by registering at Trust.HighTechCrime.org so that their information can be verified. He said the website will add credibility to online vendors and build consumer confidence when shopping.