A damaged mobile phone and packet of cigarettes left on the tea shop table where a local politician was sitting when he was fatally shot on Thursday morning, in Saba Yoi district, Songkhla. (Photo: Abdullah Benjakat)

SONGKHLA: A former senior member of a local tambon administration organisation was slain in a drive-by shooting in Saba Yoi district on Thursday morning.

Sen Umat was shot about 6.30am by the pillon rider on a motorcycle while at a local tea shop in village Moo 2 of this tambon.

The motorcyclists fled. Sen was severely wounded and was rushed to hospital, where he later died, police said.

He was a former deputy chairman of tambon Pian administration organisation,

Police were investigating whether the attack was political, with elections of TAO chairmen and councilors approaching, or an act by local insurgents. 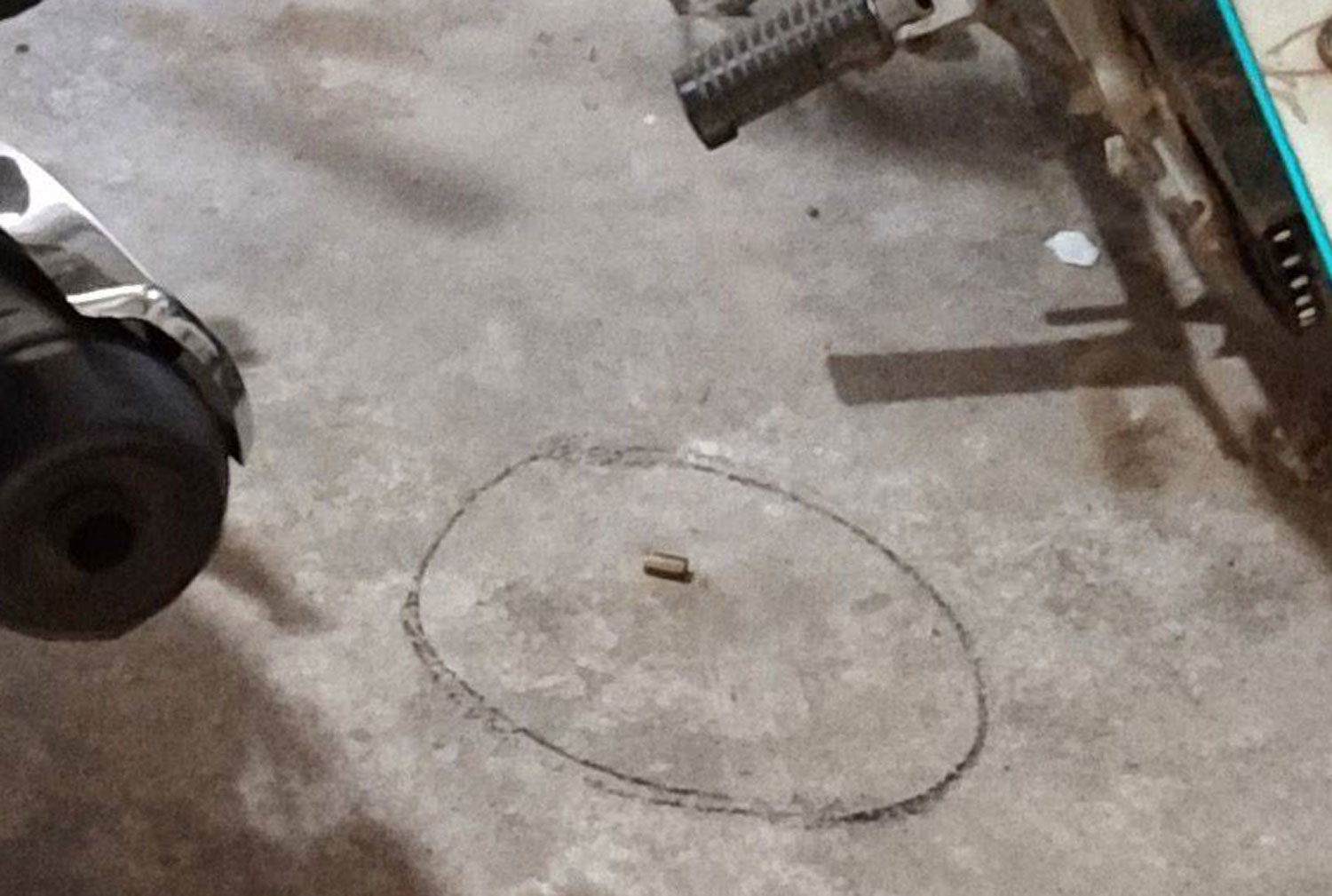 A spent bullet case found outside the tea shop in Saba Yoi district where a local politician was fatally wounded on Thursday morning. (Photo: Abdullah Benjakat)