Police work at the wreckage of Wanpaka building on Prachachuen Road in Muang district of Nonthaburi on Tuesday afternoon. The twin buildings had been an apartment complex catering to foreigners before demolition work started last month. (Photo supplied)

NONTHABURI: Two workers were injured when the twin apartment buildings that they were dismantling collapsed on Prachachuen Road in Muang district on Tuesday afternoon.

Police were informed of the incident at about 2.30pm. The twin buildings were known as Wanpaka Building and consisted of one eight-storey building and a connected six-storey building with a swimming pool in its five-rai compound.

They had served mainly foreign tenants and were later abandoned. Interyota Ltd was contracted to dismantle the complex from Sept 15 to Dec 30.

Pol Lt Gen Jirapat Phumjit, commissioner of the Provincial Police Region 1, said the dismantling work reached the building's foundations on Oct 1. The buildings collapsed when about 20 workers were on duty with six backhoes at the site.

Two workers were injured, including one who was trapped in his backhoe when it was hit by a big concrete beam. The trapped worker was identified only as Wichai, a 30-year-old native of Surin province. Rescue workers removed him from the debris at about 5.30pm.

Police were investigating the cause of the collapse. They had yet to look for permission for the dismantling work and its demolition plan. 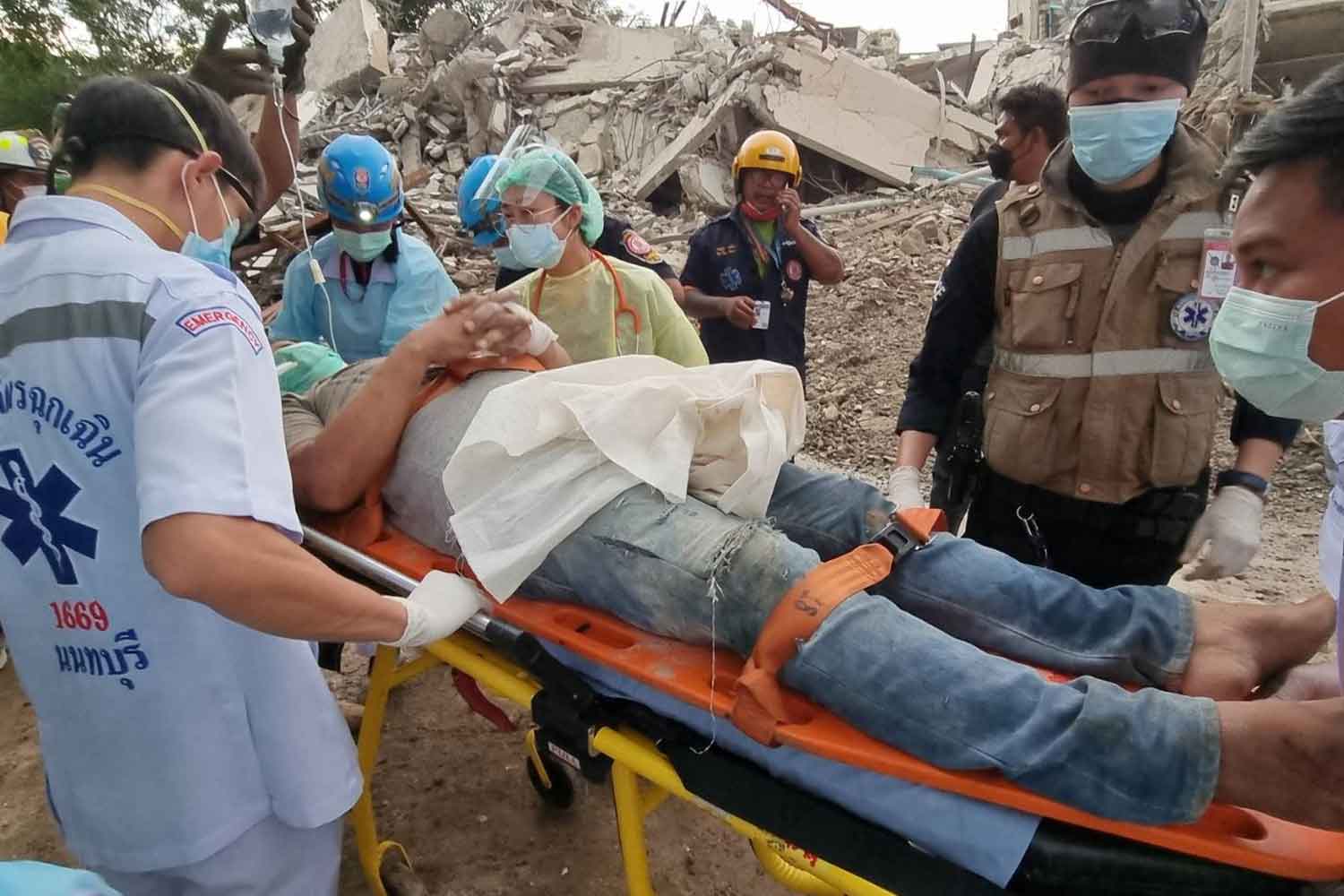 The injured backhoe driver was rescued from the building debris on Tuesday evening. (Photo supplied) 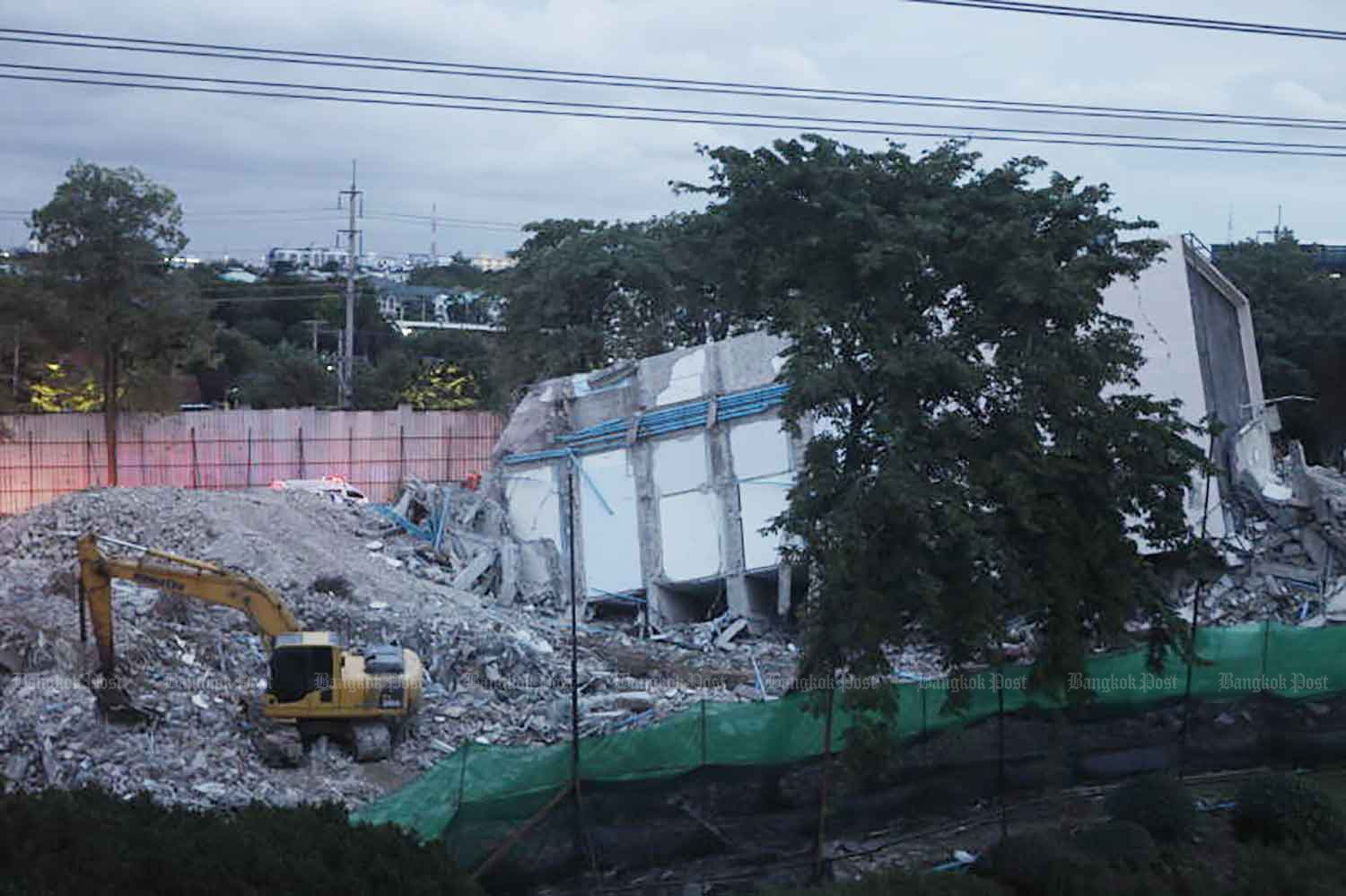