KANCHANABURI: Eleven Myanmar job seekers were caught entering the country illegally, and two Thai guides, near the border in Muang district on Thursday.

Soldiers from the Lat Ya task force, police and village defence volunteers first found six men in forest near Ban Pratudan around 11am on Thursday. One motorcycle was also seized.

There were four illegal Myanmar migrants and two Thai guides - Decha Chan-hom, 44, and Songkran Jaikaew, 21, both from Kanchanaburi.

During questioning, the four Myanmar men said they had travelled from Bago and Magway townships in Myanmar and were heading to Mahachai district of Samut Sakhon to take up promised jobs. They had each paid 23,000 baht to brokers. (continues below) 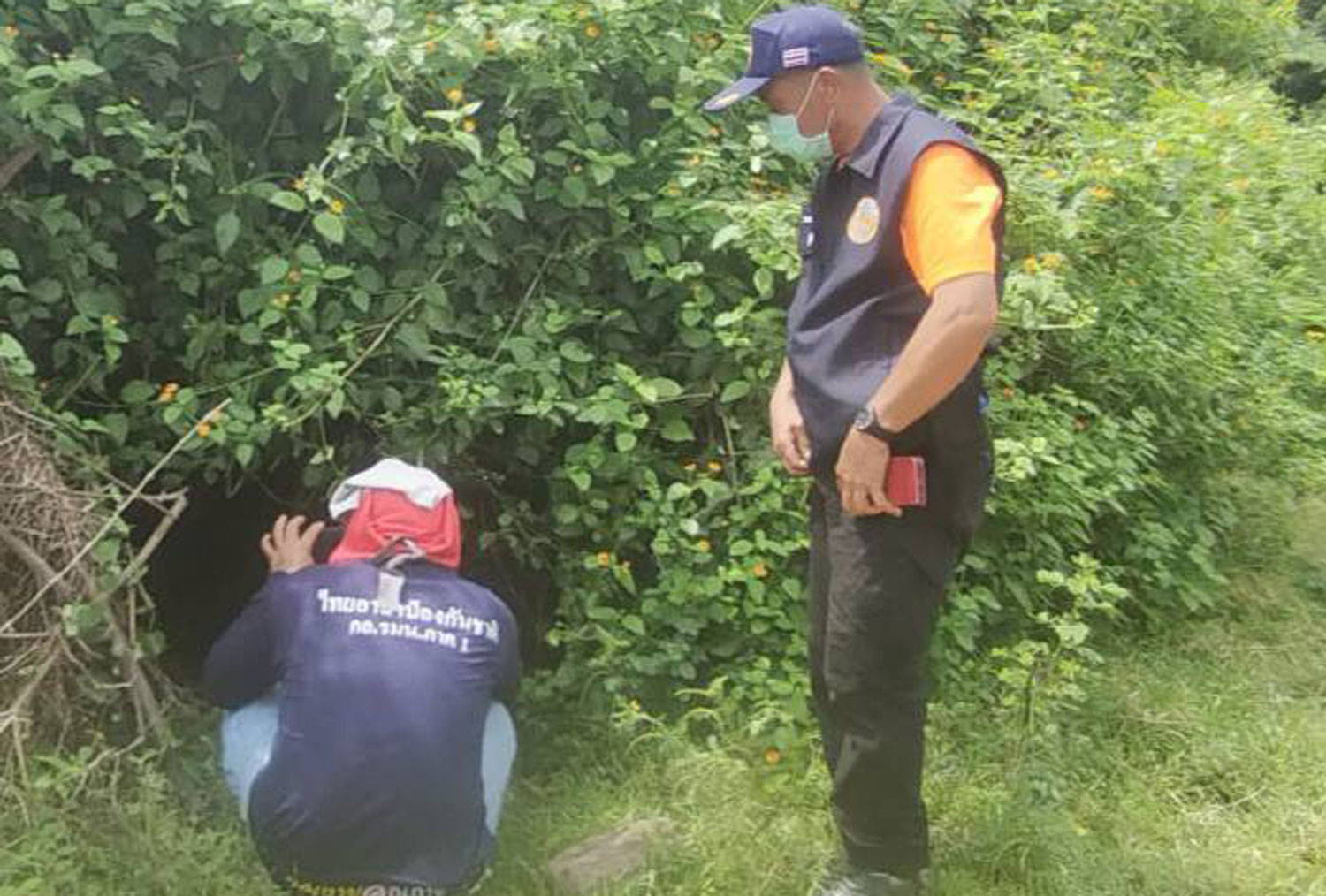 The same patrol caught two more men and one woman hiding in bushes near Ban Pratudan in the same district around noon.

They said they had travelled from Dawei and Rangoon, also to get jobs in Mahachai. They had each paid 20,000 baht to job brokers.

Shortly after, around 12.30pm, the team arrested four more, two men and two women, in the same area. They came from Bago and Rakhine townships to work in Thailand, but  had not yet paid their brokers and they did not know their destinations. They were to pay after they got jobs, they said.

All the migrants, and the two Thais, were handed over to police for legal action. The migrants will later be deported to Myanmar. An official checks the temperatures of illegal migrants caught near the border in Kanchanaburi on Thursday. (Piyarat Chongcharoen)