The stricken cargo vessel O.P.K 3, grounded on the shoreline of the Chao Phraya River in Samut Prakan province after being hit by the NP Pathum Thani on Tuesday morning. There were no casualties. (Photo:@Ruamduay twitter account)

The crash occurred about 11am in the middle of the river in front of the Samut Prakan provincial hall, said Pol Capt Ratthapong Srinok, deputy investigation chief at Muang police station, said.

No crew members were injured.

The two ships were travelling in opposition directions.

The vessel O.P.K 3 was departing from Bangkok Port for Laem Chabang port. The NP Pathum Thani had come from Laem Chabang and was heading to Klong Toey port.

As the two boats passed in front of the provincial all, the NP Pathum Thani crashed into the left side of the O.P.K 3, reports said.

The force of the collision left a hole in the O.P.K. 3's hull about a square metre in size and 2 metres deep. The helmsman steered the vessel to the shore in Phra Samut Chedi district as the crew desperately pumped out water.

Marine police and Samut Prakan marine office officials went to the scene and arranged for the safe removal of 51 containers from the O.P.K 3. Buoys were placed around the stricken vessel to prevent an oil slick spreading down the Chao Phraya River and into the Gulf of Thailand

NP Pathum Thani was only slightly damaged. The owners of the two ships reported to police. 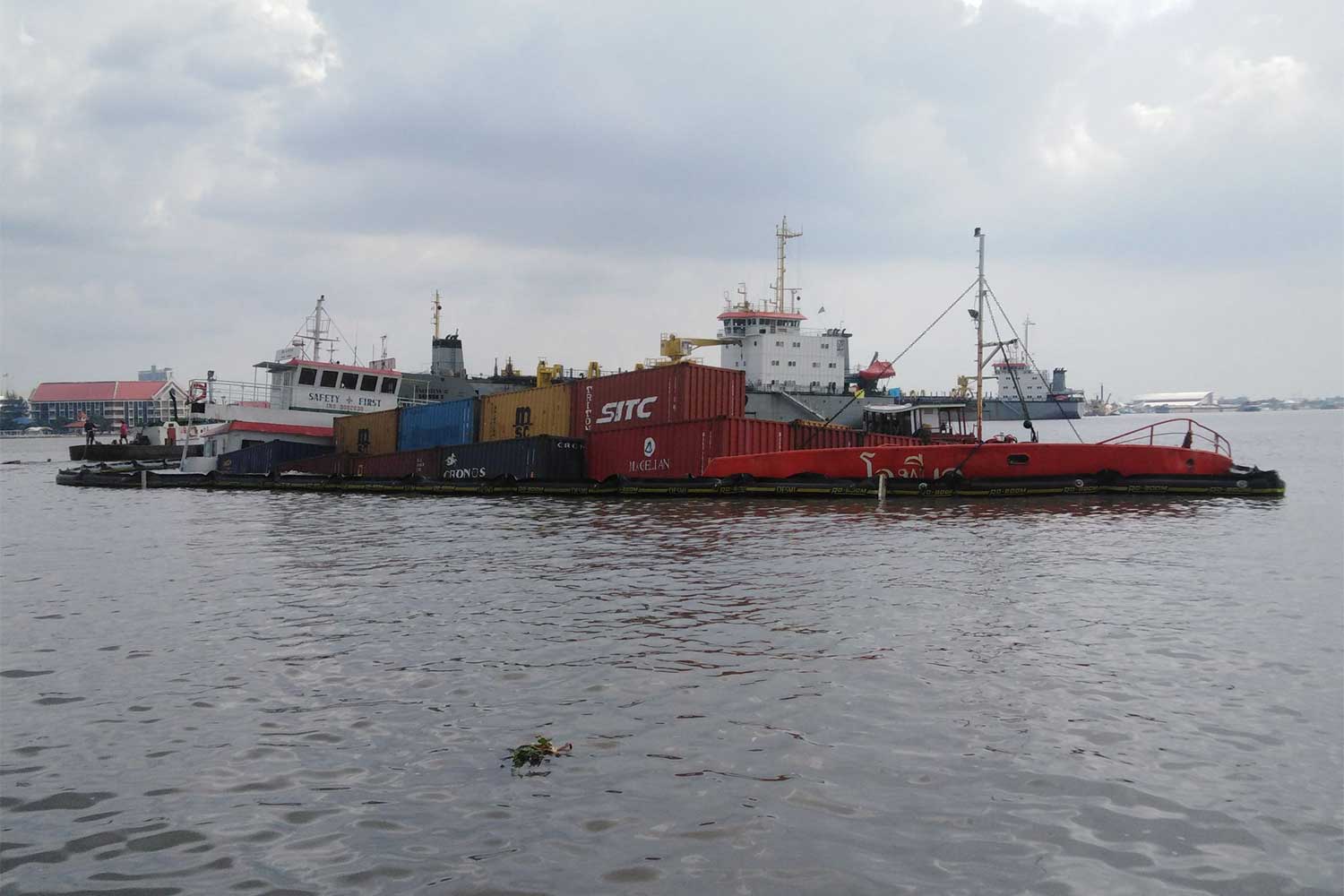