Jirapat (surname withheld) points to the press allegedly used to make counterfeit US dollar banknotes when she was arrested at her house in Bang Len district, Nakhon Pathom, on Wednesday.

Police arrested four women for allegedly producing and selling fake US dollar banknotes and seized from them about 50,000 counterfeit $100 bills.

Pol Gen Damrongsak Kittiprapat, deputy national police chief, said that Jirapat, one of the four suspects, was arrested at a house in Bang Len district of Nakhon Pathom on Wednesday with a press for banknote forgery and 50,000 fake US dollar notes. He did not give her family name.

According to him, Ms Jirapat earlier posted the fake banknotes for sale on Facebook, and detectives found later she was a member of a gang forging US dollar banknotes.

Ms Pachara and Ms Orathai said Ms Sirinrat hired them to sell fake banknotes. Ms Sirinrat confessed to the crime and said Ms Jirapat made counterfeit banknotes for her. They said it was their first crime of the kind.

Police said they were hunting for other accomplices. 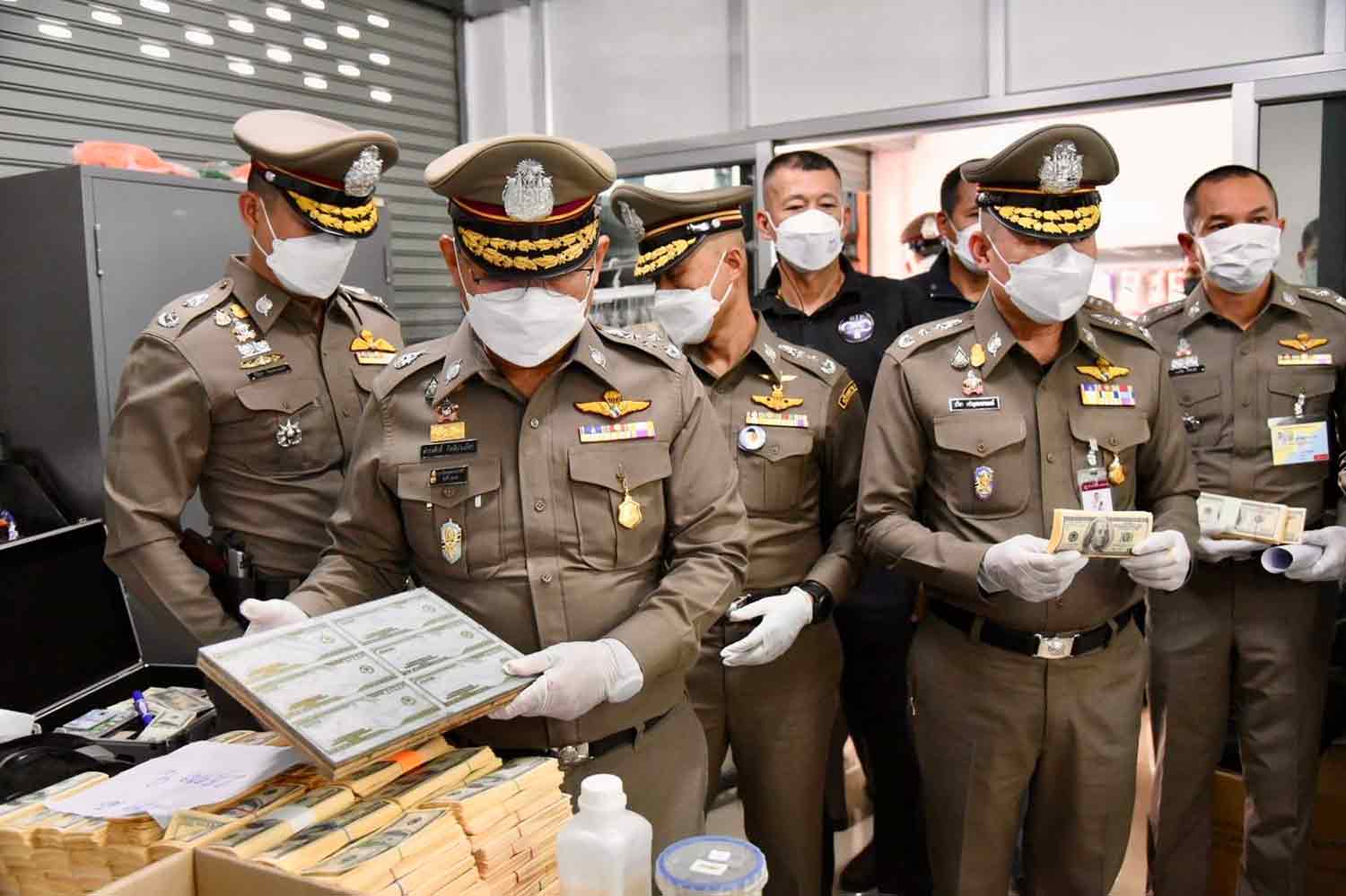 A man facing a charge of attempted murder after 18 gunshots were fired into a primary school's grounds on Sunday has allegedly explained that he was angered by the daily noise from the school’s morning activities. There were no injuries.