A ferry service connecting Chon Buri in the east and Songkhla in the south will be launched on Monday after it was postponed for months due to Covid-19.

The service will be operated by the Bangkok-based Seahorse Ferries Company, a firm that bought the three-decker ship Blue Dolphin from Japan for 200 million baht and renovated the vessel to accommodate up to 586 passengers, 80 lorries and 20 cars. 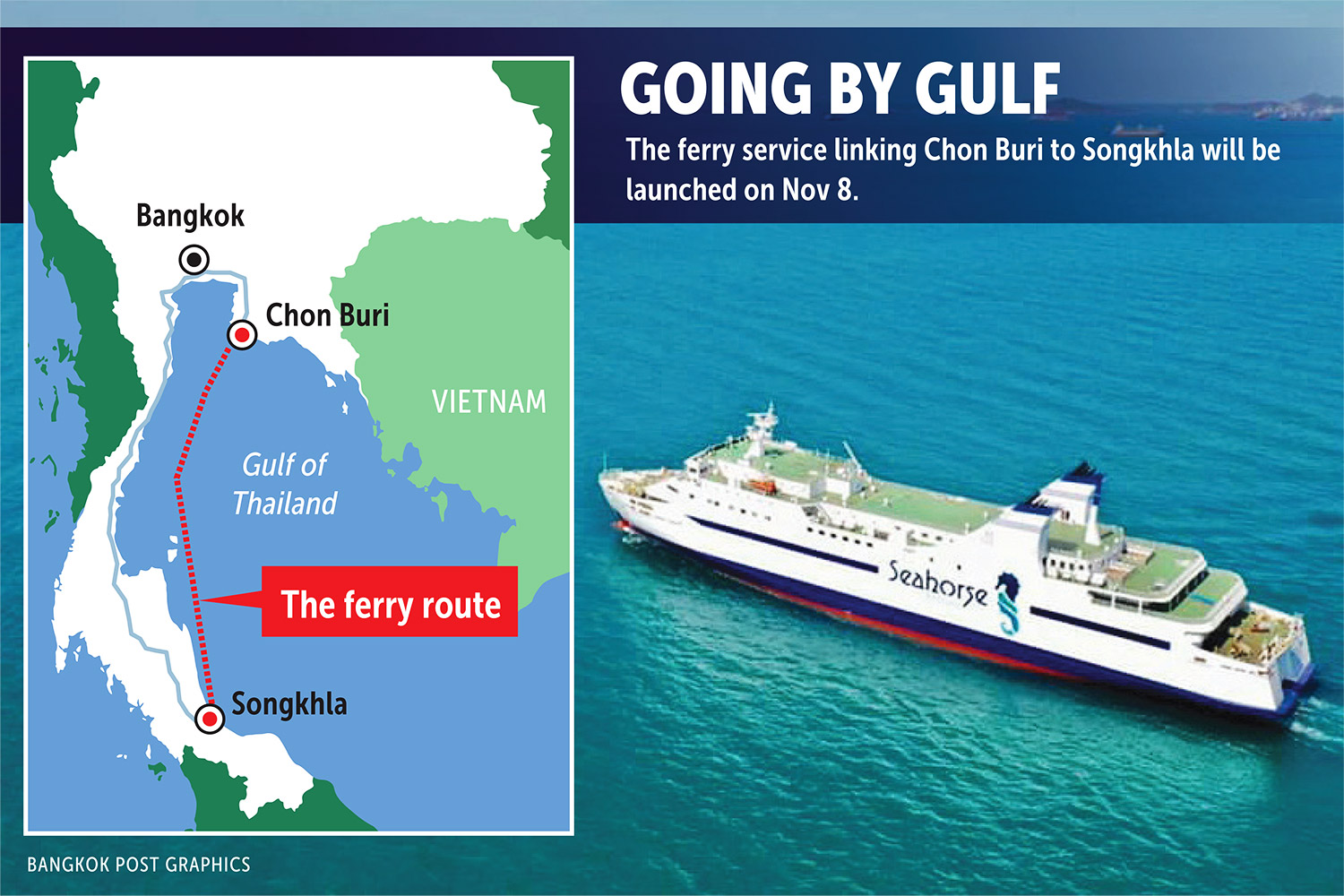 The Marine Department gave the ship approval for commercial use on March 12 and a round-trip test has already been conducted.

At 7,000 tonnes and 136.6 metres in length, the 26-year-old ferry features several types of guestrooms, ranging from capsule beds to the premier room type with a bathroom, a restaurant, a recreation zone and a lobby.

The vessel can reach a speed of up to 17 knots (32 kilometres per hour). It will depart from the Chuk Samet Pier in Chon Buri's Sattahip district on Monday at 2pm and dock at the Southern Songkhla port at about 10am the following day. The one-way journey takes about 20 hours.

The port in Songkhla is operated by Songkhla Southern Logistics 2009 in the province's Muang district.

The service will also help reduce air pollution and help save on transport costs, he said.