The 17 illegal job seekers and their driver Kor-ou, yellow T-shirt, at Sangkhla Buri police station in Kanchanaburi on Thursday. after they were caught early on Thursday. (Photo: Piyarat Chongcharoen)

KANCHANABURI: Seventeen illegal job seekers from Myanmar were caught after a car chase while travelling away from the border on a pickup truck early on Thursday.

The driver admitted it was not the first time he had helped people entering the country illegally. He was being paid 500 baht a head to deliver them to a spot in Sangkhla Buri district, where someone else would take them to jobs.

Village defence volunteers arrested the driver, Kor-ou, 36, of Sangkhla Buri district, and the 17 passengers - 16 men and one woman - near Wat Lijia in tambon Prang Phon of Sangkhla Buri around 1.30am on Thursday. Kor-ou produced a pink ID card, issued to non-Thais.

Samarn Phimphila, kamnan of tambon Prang Phon, said he and leaders of four border villages had learned on Wednesday that illegal migrants from Myanmar would be smuggled into Ban Thikhrong in Sangkhla Buri district that night.

They stationed defence volunteers on Road 223  and around 11.30pm they spotted a pickup truck carrying passengers away from the border.

His team followed in two pickup trucks as the driver of the suspect vehicle, which had Sara Buri plates, sped off towads Ban Lijia, the tambon chief said.

His team finally managed to stop the vehicle near the temple, where the driver and his passengers were arrested. (continues below) 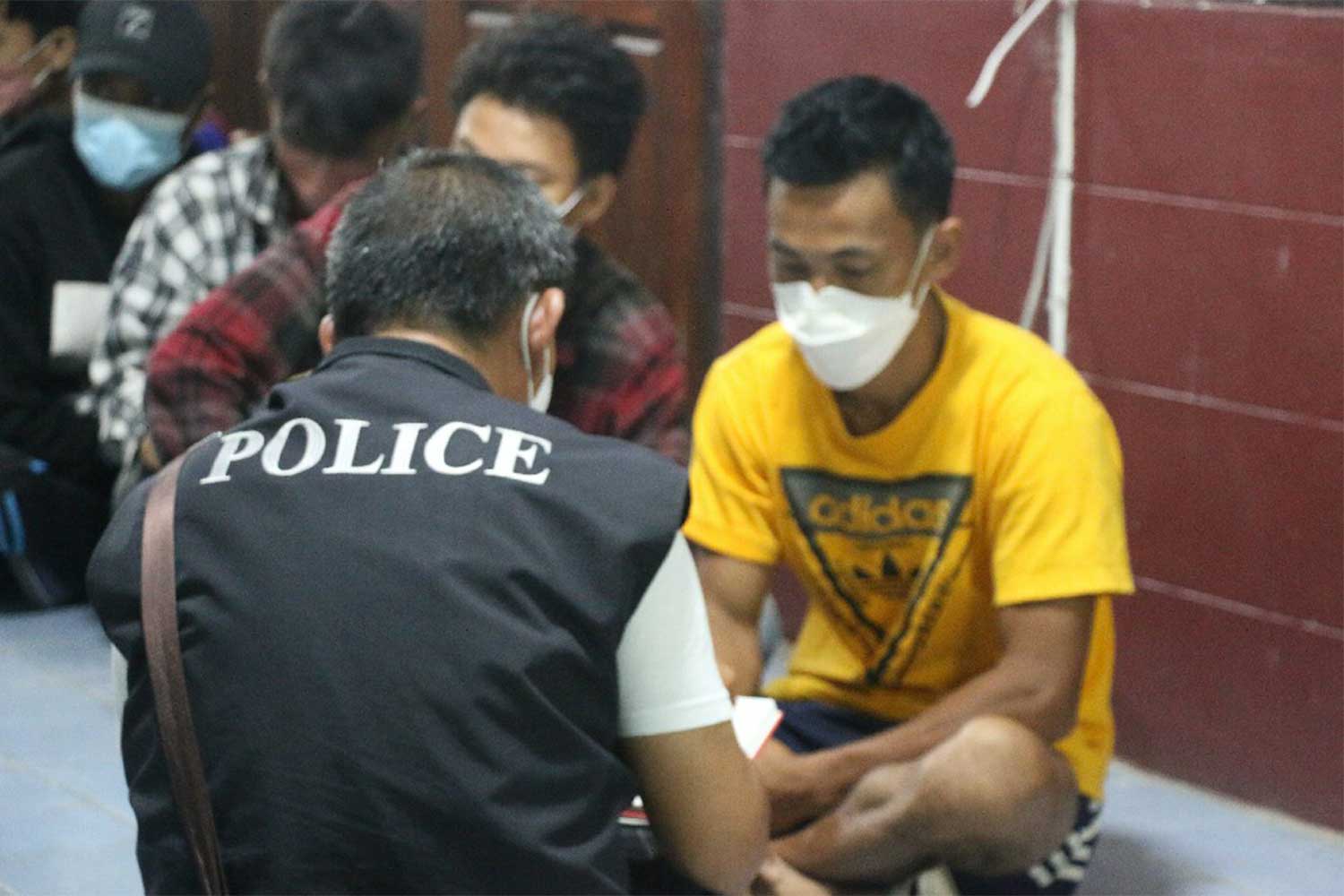 During questioning, Kor-ou said he and a neighbour from Ban Thikhrong had been hired to pick up migrant workers at a curve in the road near Chao Lek shrine, about a kilometre from the police-military checkpoint at Ranti bridge.

He had been told to drop his passengers at a cowshed before reaching Jong Oua checkpoint. From there, someone would lead the migrants on foot through the forest to another spot beyond the checkpoint, in Sangkhla Buri district, where a pickup truck would take them to Thong Pha Phum district.

He said he was being paid 500 baht per head and it was his third or fourth time. However, the tambon chief said he was reported to have done it much more often than that and may be more deeply involved.

All were handed over to Sangkhla Buri police for legal action.

Pol Col Phiphat Rungsamrit, acting chief of Sangkhla Buri police, said they would be questioned for further details of those behind the smuggling of illegal workers. 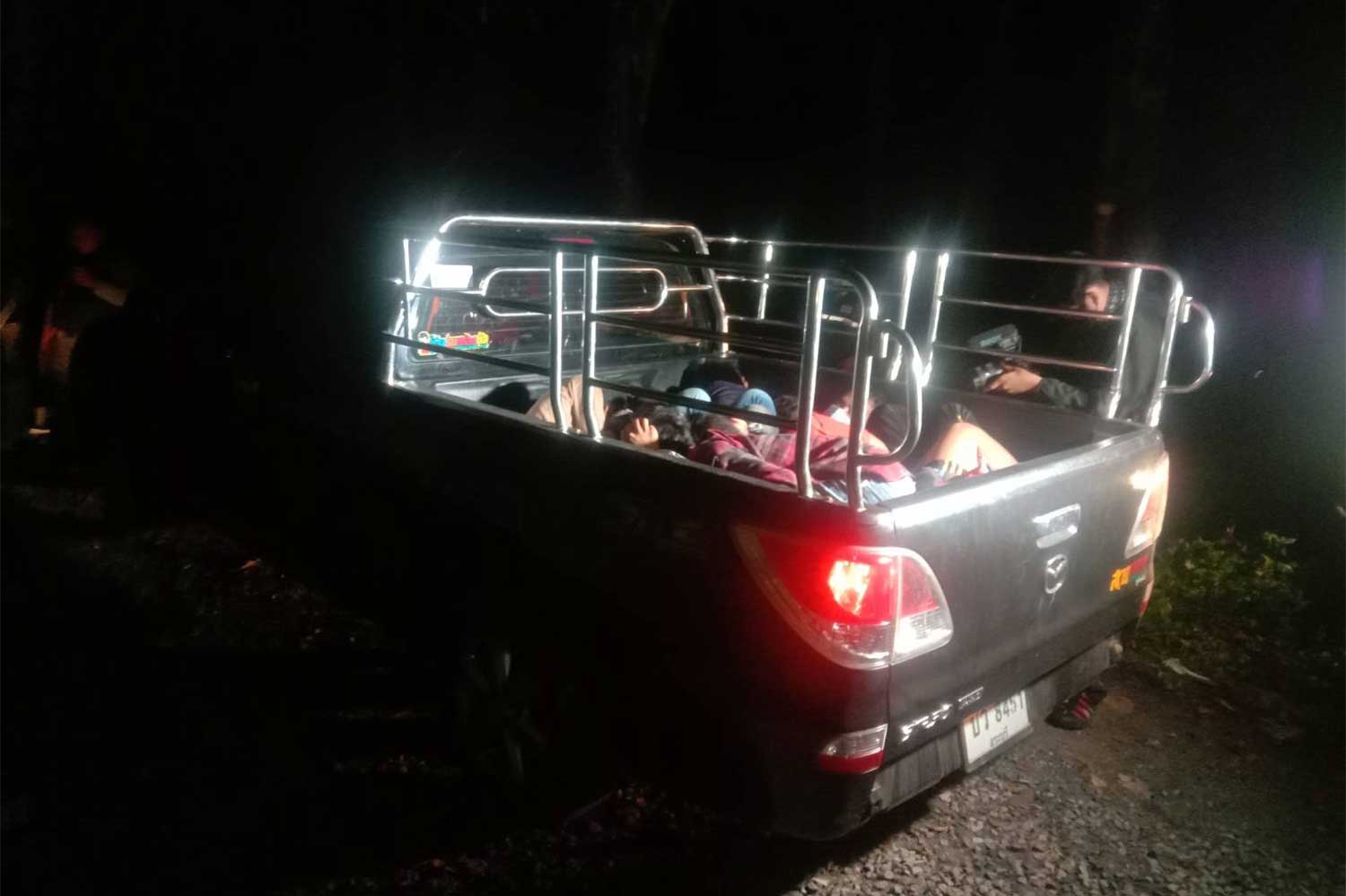 The pickup truck carrying 17 illegal job seekers from Myanmar, after it was stopped in Sangkhla Buri district early on Thursday. (Photo supplied)