The drowned wild elephant is pulled from the water hole at a durian orchard in Nop Phi Tham district of Nakhon Si Thammarat on Thursday afternoon. (Photo supplied)

NAKHON SI THAMMARAT: A wild bull elephant in his prime was found drowned in a plastic-lined water hole at a durian orchard in Nop Phi Tham district on Wednesday night.

Forestry officials on Thursday used a backhoe to lift the dead animal from the large pond at Ban Paklong in tambon Krung Ching, after first draining off half the water.

At first they were not successful. The rope they tied to the backhoe's arm and around the two-tonne elephant broke under the strain.

The elephant had 1.5-metre long tusks. It drowned in the pond on Wednesday night. The durian farmer found it and informed forestry officials.

Officials said it had probably come from the nearby forest in search of food and was attracted to the water, slipped and fell in and could not get out.

Veterinarians from the Department of National Parks, Wildlife and Plant Conservation on Thursday examined the dead jumbo and removed its tusks, which will be kept in the department’s museum. Monks were invited to perform a religious ceremony.

Mr Natthaphon said he would consult national park and forestry officials and others about how best to safeguard against elephants falling into water holes dug to supply water for fruit crops in the area. 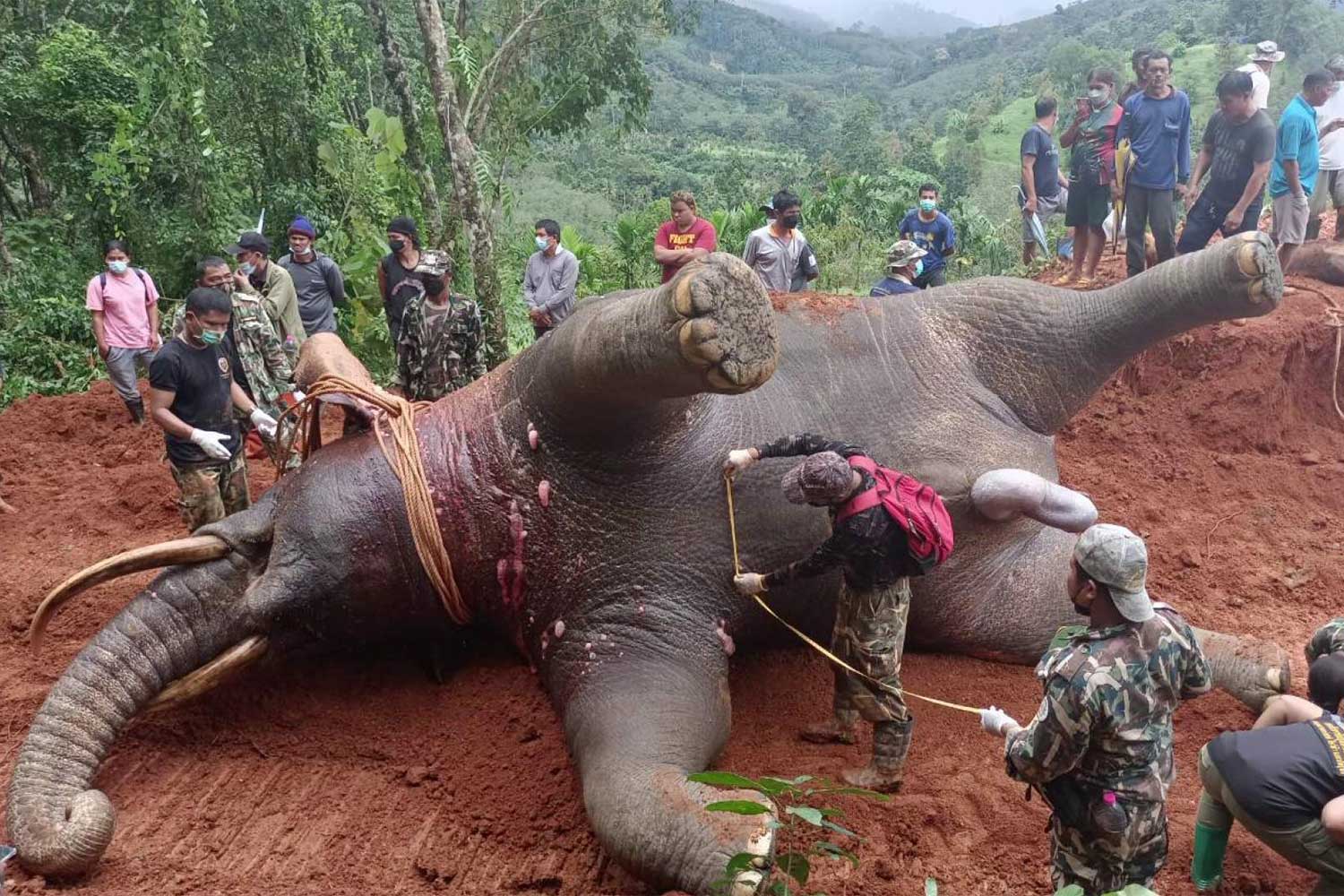 Forestry officials take the drowned elephant's measurements after it was lifted from the pond. (Photo supplied)