Don admits to making Myanmar visit. He was in a ceremony to launch the Apec 2022 logo in Bangkok on Thursday. (Photo: Nutthawat Wicheanbut)

Foreign Minister Don Pramudwinai on Thursday admitted that he met with the leader of Myanmar's junta, Senior General Min Aung Hlaing during his visit on Sunday, though he stopped short of providing any details about the meeting.

The revelation came following a number of foreign media reports which said several officials from a number of countries were invited to Nay Pyi Taw over the weekend to meet with Myanmar's chief coup-maker.

While he didn't go into any details, Mr Don said the provision of humanitarian aid to Myanmar citizens were discussed and that a number of international organisations agreed to assist.

The minister also said about 17 tonnes of aid, including items donated by Thailand's private sector, were handed over during the visit.

Mr Don also chose not to address reports which claimed Thailand donated Covid-19 vaccines to the junta in Myanmar.

The foreign minister's visit drew the public's attention after it was reported by foreign media, with a former Thai ambassador to Kazakhstan and Mozambique, Russ Jalichandra, calling on the government to be more transparent. 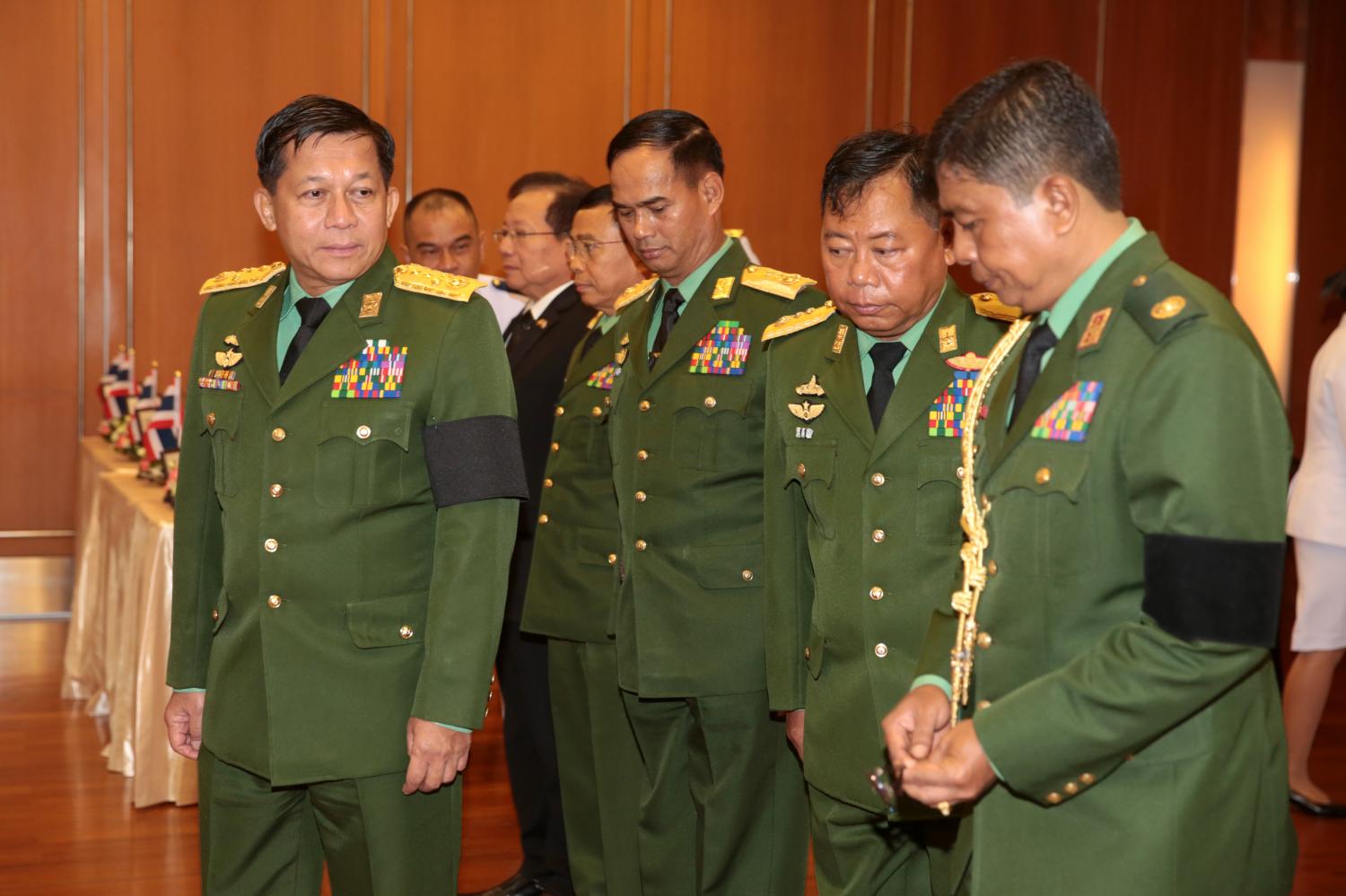 The administrator of the "Alternative Ambassador" said while it is understandable that certain details of diplomatic visits cannot be publicised, the ministry should have at least explained what the visit was about.

Mr Russ said he didn't really care about it until he saw it in media reports in Myanmar and decided that the Thai public also deserved to know more.

He said the ministry must clarify reports which claimed that Thailand donated Covid-19 vaccines to the Myanmar junta.

"I think Thai people have the right to know what types of vaccines and how many doses were donated because it affects them directly. Why do we have to give them to the [Myanmar] junta, who is unlikely to give them to the people?" he wrote on Facebook.

Mr Russ also criticised the government for not being sensitive to the human rights situation in Myanmar by sending the foreign minister. He pointed out that other countries sent "special envoys" instead.

"I think it is strange and the government should explain further," he said.