Bangkok will have a new public park to commemorate His Majesty King Bhumibol Adulyadej The Great. The park will have a monument to the late king at the centre and a lake in the shape of the Thai numeral for the number nine. (Royal Household Bureau photo)

The Bureau of the Royal Household has unveiled a virtual design for a new public park that will be built in commemoration of His Majesty King Bhumibol Adulyadej The Great, which is expected to be completed by 2024.

The 279 rai of land, which served as the grounds for the Nang Loeng Racecourse of the Royal Turf Club in Dusit district, was donated by King Rama X for park development.

Park construction began in 2018 and a monument of King Rama IX will be at its heart.

The bureau said surrounding the monument of the late king will be a lake constructed in the form of a nine as per Thai numerals, with Yod Nam Phra Tai and Cho Bakong bridges being built over them.

The bridges are symbols of a time when the former king travelled by jeep to visit local villagers in Ban Cho Bakong in Sungai Kolok district of Narathiwat.

The bureau said the park's design reflects sustainable water management ideals as promoted by King Rama IX in areas such as dam construction, Chaipattana turbines and the New Theory Agriculture which was established in 1994.

The inner area of the park is also designed as a large catchment area in the form of a monkey cheek, one of the king's projects that assisted in efforts to counter flooding in the capital.

More than 4,500 trees will be planted in the park, which will also include paved areas, bicycle lanes, an outdoor gym, food and drink outlets, as well as other facilities.

Various technologies -- such as solar power -- will likewise be utilised.

After completion, the park will become one of the largest of its kind in the capital but smaller than Lumpini Park in Pathumwan district and Benjakitti Park in Klong Toey district.

The park will serve as both a tourist attraction and a green space for the city's residents and other visitors to relax and enjoy, the bureau said. 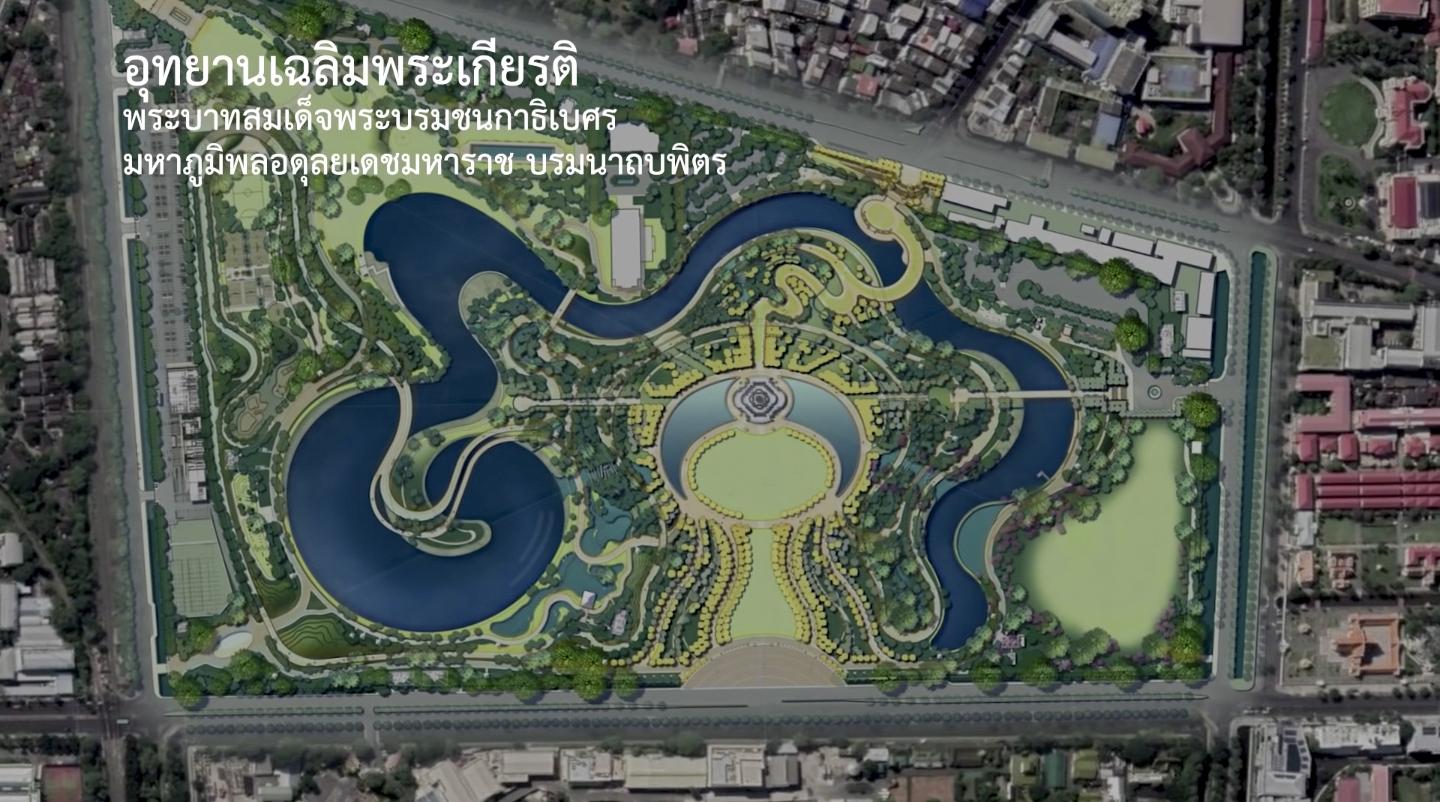 Bangkok will have a new public park to commemorate His Majesty King Bhumibol Adulyadej The Great. The park will have a monument to the late king at the centre and a lake in the shape of the Thai numeral for the number nine. (Photos courtesy of the Royal Household Bureau)