CHIANG RAI: Six drug smugglers were killed and 1.8 million methamphetamine pills seized in a clash between traffickers and an army border patrol in Mae Fa Luang district early on Tuesday.

Col Sutkhet Srinilthin, commander of the 3rd Cavalry Company of the Pha Muang Force, said the shootout occurred about 4am.

A 3rd Cavalry patrol encountered 10-15 men on foot entering through a natural border crossing into Ban Li Sae in tambon Mae Fa Luang, opposite Myanmar's Tachilek province. Each man was carrying a bag. Most of them were armed, Col Sulkhet said.

When the intruders were about 100 metres into Thai territory, the patrol revealed itself and ordered them to stop. Instead, they opened fire as they attempted to retreat, and the soldiers fired back. The shooting lasted about 30 minutes.

After the guns fell silent the patrol cleared the area and found six of the intruders lying dead. Nine straw bags were found at the scene, each containing about 200,000 methamphetamine pills.

More troops later arrived at the clash site to scour the area.

Two army patrols were deployed on the border near Pakui village Moo 3 in tambon Tha Ton.

Around 10am they spotted three men walking along a natural border crossing at Pakui village. When signalled to stop they abandoned their rucksacks and fled into the village.

The soldiers found 200,000 meth pills in the rucksacks and later arrested three suspects. 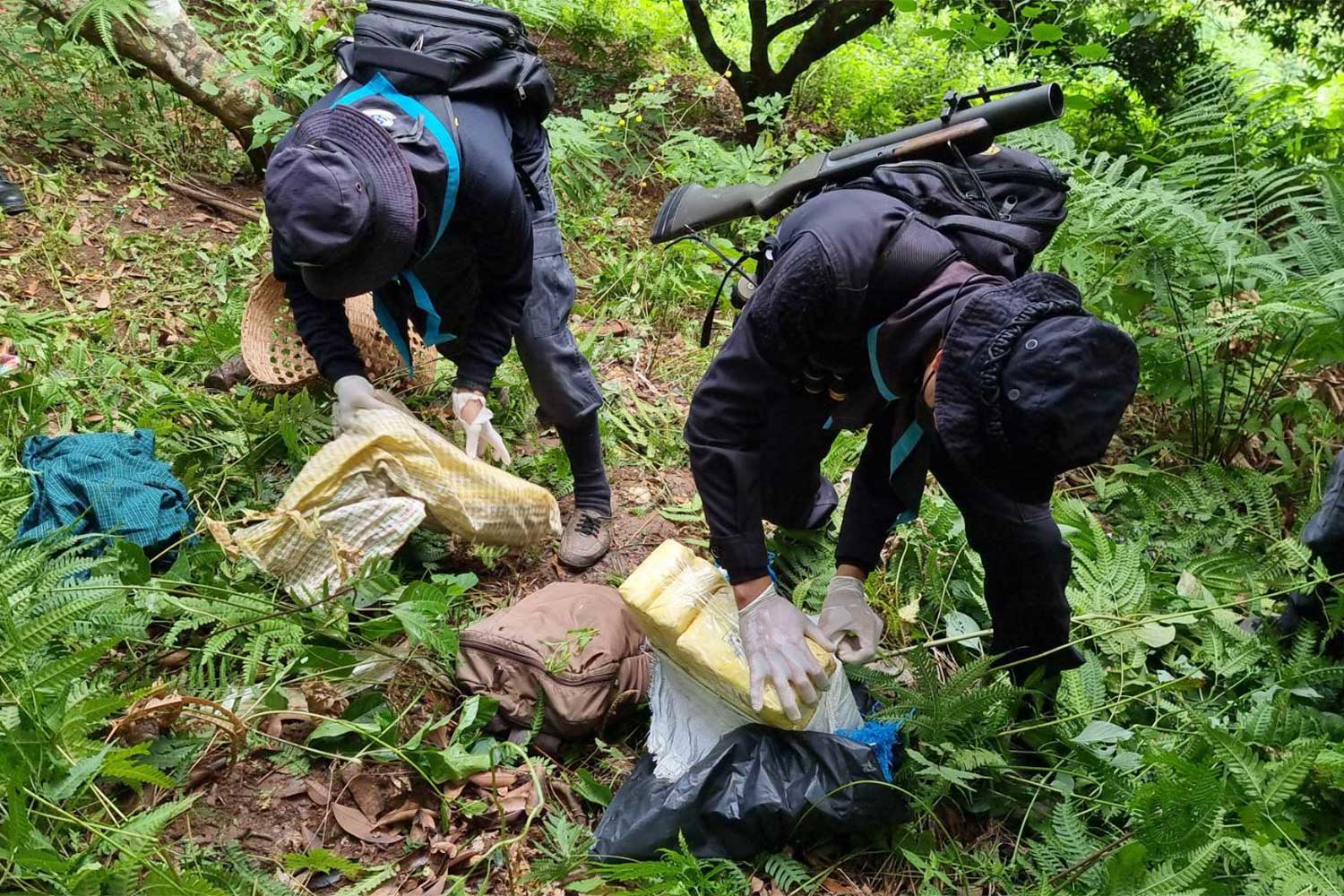