CHAIYAPHUM: A man armed with a hammer robbed a gold shop in Muang district of necklaces worth nearly one million baht on Tuesday evening, and the prime suspect was arrested at his house a few hours later

Employees of the gold shop were in panic when police arrived, he said.

The holdup was filmed by security cameras. The recordings showed a man wearing grey shorts, an orange T-shirt and blue jacket walking towards the gold shop.

The man took a hammer from his shoulder bag and threatened the women employees.

The women went into a panic. The man climbed over the counter and grabbed handfuls of necklaces from the display shelf and then fled. The robbery took less than 5 minutes.

One of the employees, Ms Rujida, told police the man, who was wearing slippers, threatened them with the hammer and told them it was a robbery. He stole 49 gold necklaces weighing about 33 baht and worth 988,250 baht. He fled to a parking area.

Mr Sakarn, another employee, ran outsie and saw the robber leaving on a motorcycle with an unclear licence plate. He immediately called police.

Police examined security camera recordings and tracked the suspect to a house in tambon Banlao in Muang district, where Mr Sitthichok was arrested.

The motorcycle believed used for the robbery was impounded and all the stolen gold necklaces were found in a shoulder bag. The suspect was taken to Muang police station.

During questioning, he allegedly told police he was a paddy field labourer and had no money to buy the drugs he craved, so he robbed the store.

Police charged him with theft and using a weapon to commit robbery. He was being taken to find the hammer he allegedly used for the robbery, and for a crime re-enactment, on Wednesday. 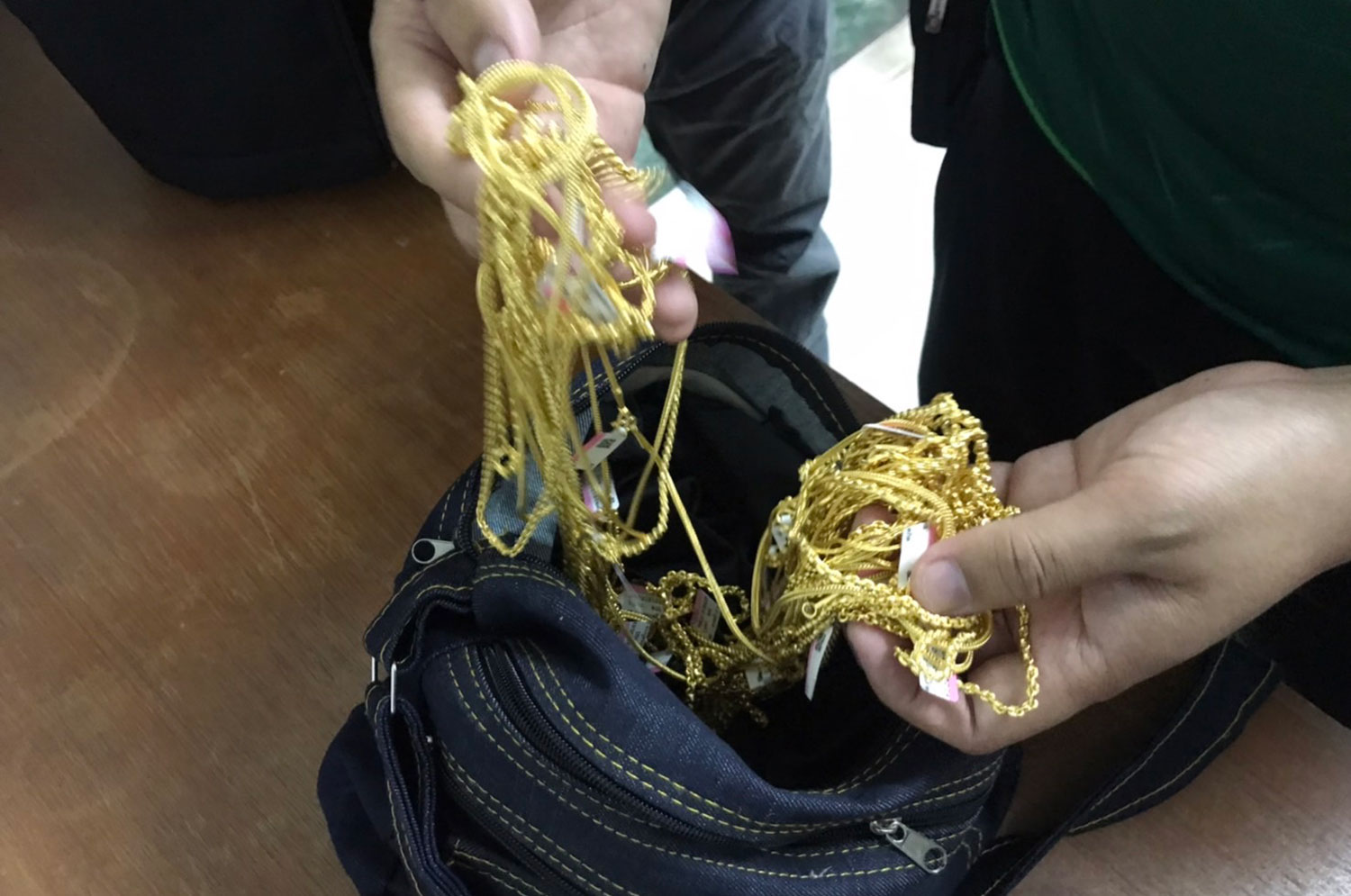 The stolen gold necklaces found in a black shoulder bag at the suspect's house in Chaiyaphum on Tuesday night. (Photo: Makkawan Wannakul) 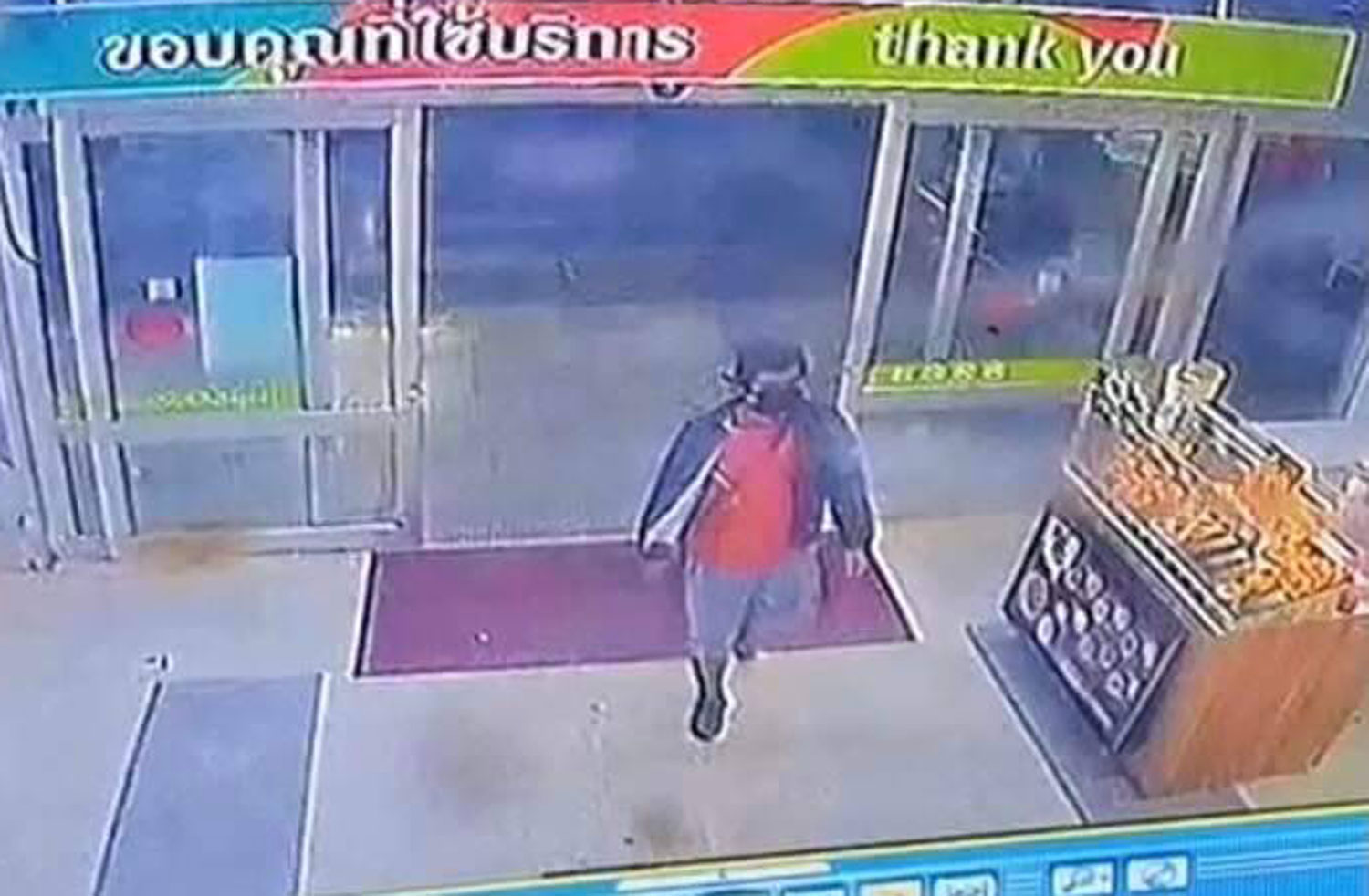 A still from security camera footage shows the robber walking into the Big C superstore towards Yaowarat Krungthep gold shop.