Five members of a drug network have been arrested separately in Bangkok and Nakhon Ratchasima with 600 kilogrammes of compressed marijuana seized.

Thanakhom Yingsudcharitphan, 29, Krit Joicharoen, 30, and Phakphum Phrikbua, 25 were apprehended at a house at Ban Srisuk housing estate in Bang Khunthian district of Bangkok while Chaiwat Dawee, 30, and Yongyuth Imlimtharn 33 were arrested in Nakhon Ratchasima, Pol Lt Gen Samrarn Nuanma, chief of the Patrol and Special Operations Division, said on Thursday.

Seized from the house were compressed marijuana weighing 600 kilogrammes, two parcels, three cars, seven mobile phones and packaging materials. The suspects were charged with colluding in having illicit drugs in their possession with intent to sell.

Pol Lt Gen Samrarn said the arrests were made after police investigators from his division caught five other suspects and seized from them 616 kilogrammes of compressed marijuana at a house in Nonthaburi province on Oct 19. They then extended the investigation and learned that other members of this drug network used the house at Ban Srisuk housing estate as a storage site for illicit drugs. They kept the network under surveillance.

On Nov 23, police noticed Mr Krit and Mr Phakphum, who stayed at the house, drive a car to a department store on Rama II Road while Mr Thanakhom was inside the house. Officers saw the suspects park the car in the shopping mall’s parking area and then drive a pickup truck with Sakhon Nakhon licence plates, which was parked nearby, out of the venue. The vehicle was loaded with something heavy, covered with black plastic bags.

Pol Lt Gen Samrarn said police believed the pickup truck might be carrying illicit drugs. After following it to the house in Bang Khunthian, the officers demanded a search and found bags containing 600 bars of compressed marijuana, weighing 600 kilogrammes in total. Three suspects – Krit, Phakphum and Chaiwat – were arrested.

The two other suspects – Chaiwat and Yongyuth – were apprehended later in Nakhon Ratchasima province.

Mr Yongyuth confessed to having smuggled the compressed marijuana from Mukdahan to Pak Chong district in Nakhon Ratchasima, where he parked a pickup truck carrying the drugs. Mr Chaiwat then drove the vehicle to Bangkok, said Pol Lt Gen Samrarn.

The five suspects admitted they had been involved in drug smuggling for about five months and were paid 50,000-100,000 baht each time. 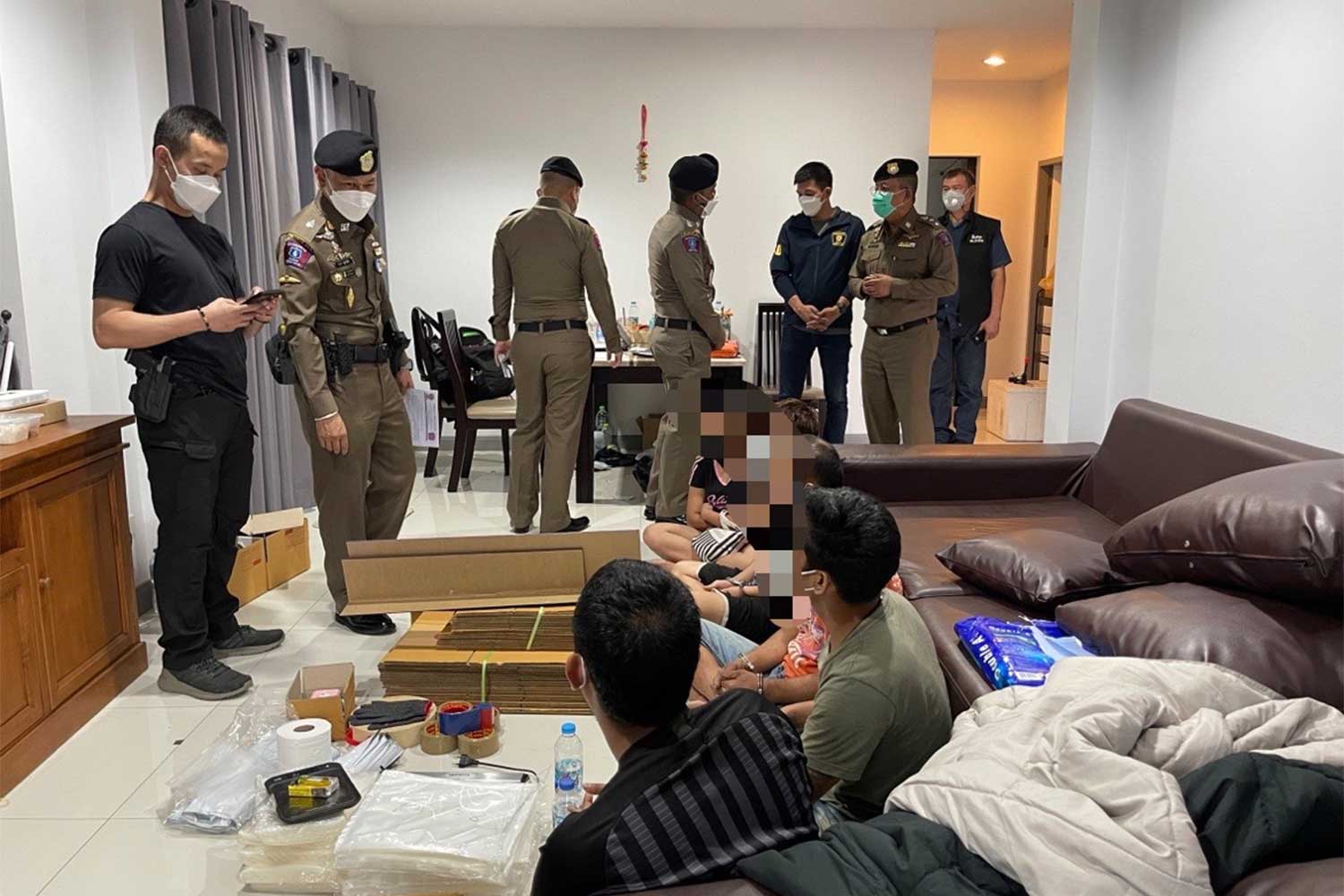