NAKHON SI THAMMARAT: All 23 districts in this southern province have been designated disaster zones following downpours and runoff that started to inundate the municipality on Thursday night.

Provincial governor Kraisorn Wisitwong on Friday declared the entire province a disaster zone. The announcement would authorise rescuers and authorities to speed up rescue operations and allow the provincial administration to quickly disburse the emergency budget for affected residents.

Persistent rain in the province and runoff from the Khiriwong mountain sent a large volume of floodwater to lower areas in Muang district. Several communities in the district have been flooded and the provincial public health office on Friday temporarily closed a Covid-19 testing centre and told people to conduct testing at hospitals closest to their homes.

Nakhon Si Thammarat was hit the hardest-hit province by the heavy rain, according to the latest report of the Disaster Prevention and Mitigation Department. Heavy downpours are forecast at least until Saturday in the provinces along the Gulf of Thailand, the Meteorological Department said. 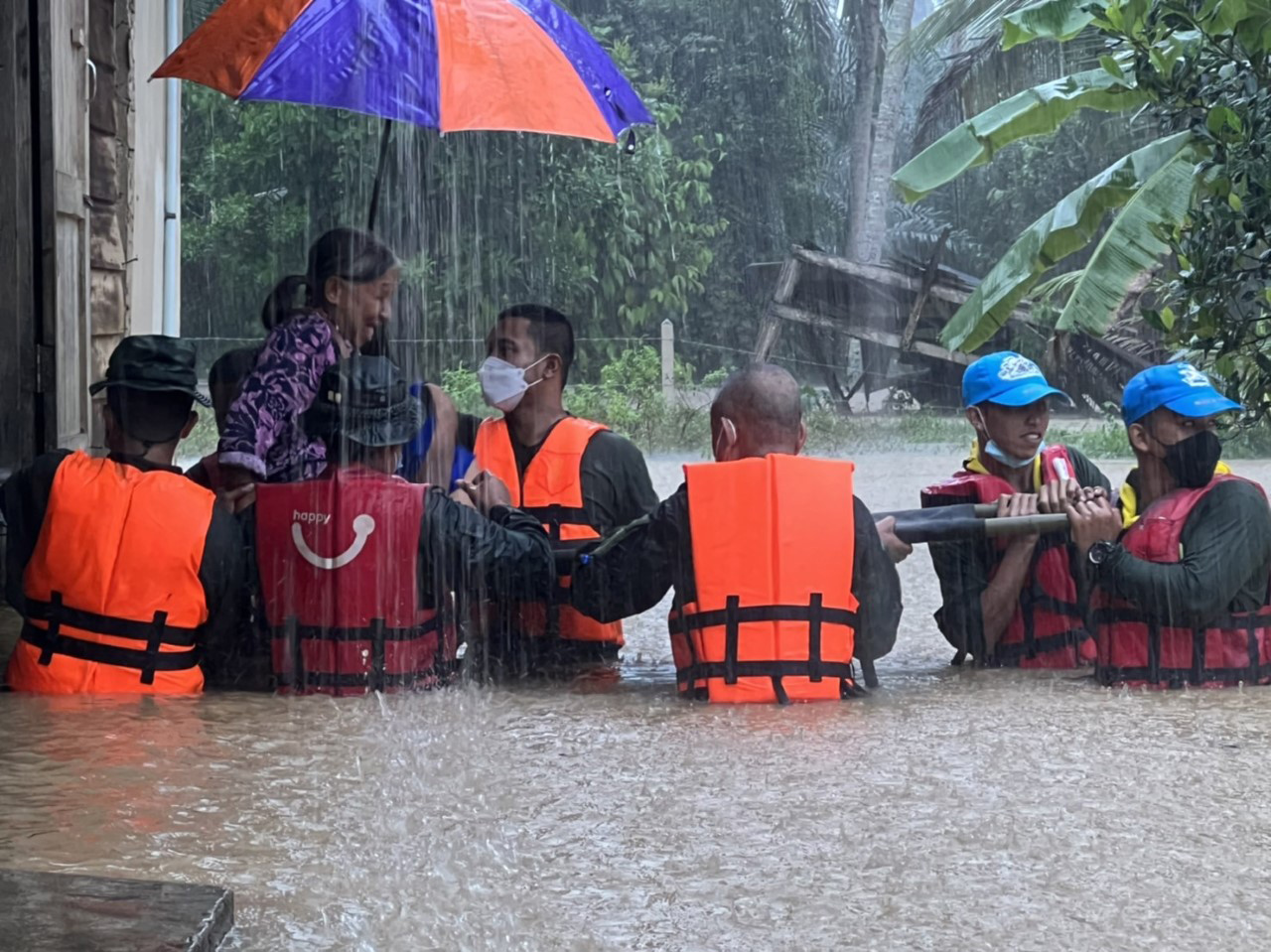 A three-kilometre sector of the road in Chaiya district of Surat Thani was impassable to small vehciles at 6.30am on Friday before the Highway Department declared the section safe around 10am. It still advised drivers to take extreme caution.