Police will call the engineer in charge of a condominium construction site in for questioning after a tall crane collapsed there on Tuesday morning, killing one person and injuring two others, in Bang Po, Samut Prakan province.

The crane fell on top of an adjacent row of rented rooms.

Daily News Online reported that the crane, weighing 8 tonnes, was being used to lay concrete on the second floor of the planned five-storey condominium building on Rattanarat Road in tambon Bang Bo.

It collapsed without warning onto an adjacent row of rented rooms. The two injured people stayed in those rooms.

The motorcyclist was killed after leaving a food stall, crushed by the falling crane.

Somtam seller Pennapha Yuyuen, 42, said the man had bought lunch from her stall. Shortly after he left, she heard a loud noise  and saw the crane collapse, Daily News reported.

Police held the crane driver, who received a minor arm injury, for questioning and would call in the supervising engineer for interrogation, Pol Capt Chakthong said.

The accident happened about 11.15am.

Police and rescue workers were called to the scene. The injured were taken to a nearby hospital. 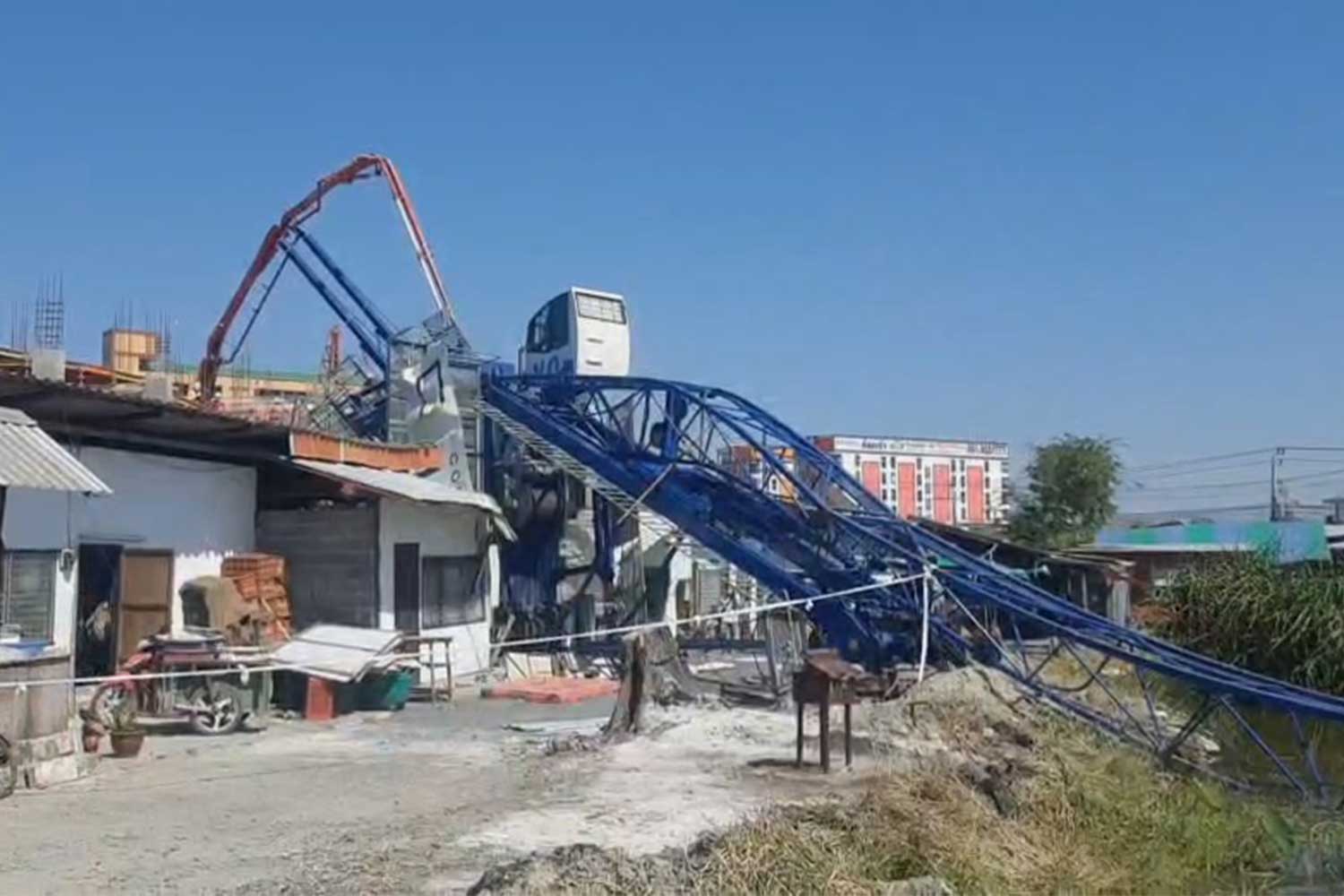 Police cordon off the area, where the crane collapsed. (Photo: Sutthiwit Chayutworakan)