The old matriarch sits with her great-granddaughter, while her daughter, right, prepares food at their makeshift shelter in Chatturat district, Chaiyaphum, on Wednesday. (Photos: Makkawan Wannakul)

CHAIYAPHUM: A drug addict burned down his 86-year-old great-grandmother's house, leaving her, his mother and three girls homeless, and threatened to kill them.

The five women now live together in a makeshift shelter beside Chaiyaphum-Si Khiu Road in Ban Khok Phaeng Phuai village of tambon Laharn in Chatturat district. They earn a small income selling eggs from a flock of ducks they care for.

Nat Chokesiri, 58, said on Wednesday that she had been living with her 86-year-old mother, a 16-year-old niece and two granddaughters, aged 15 and 3 years, in a roadside shelter with no clean water since Dec 3.

Last Friday, her drug-addled son had threatened their lives and torched their house in tambon Nong Na Saeng of Muang district.

"All we could save from the burning house were diapers for my 3-year-old granddaughter and a handful of other things," she said.

They now cooked food using firewood they scavenged and got water from the nearby paddy field, but did not know who owned the land.

She said her son Prapat Phunkhunthod, 37, was arrested after setting fire to their house and was being held in Chaiyaphum prison pending trial for arson.

The family were too afraid to return to their destroyed home, because her son had threatened to kill them if he was released, Ms Nat said.

She had no idea what would become of them, and just felt gratitude toward the unknown owner of the land where they had taken shelter since their drug-triggered catastrophe. 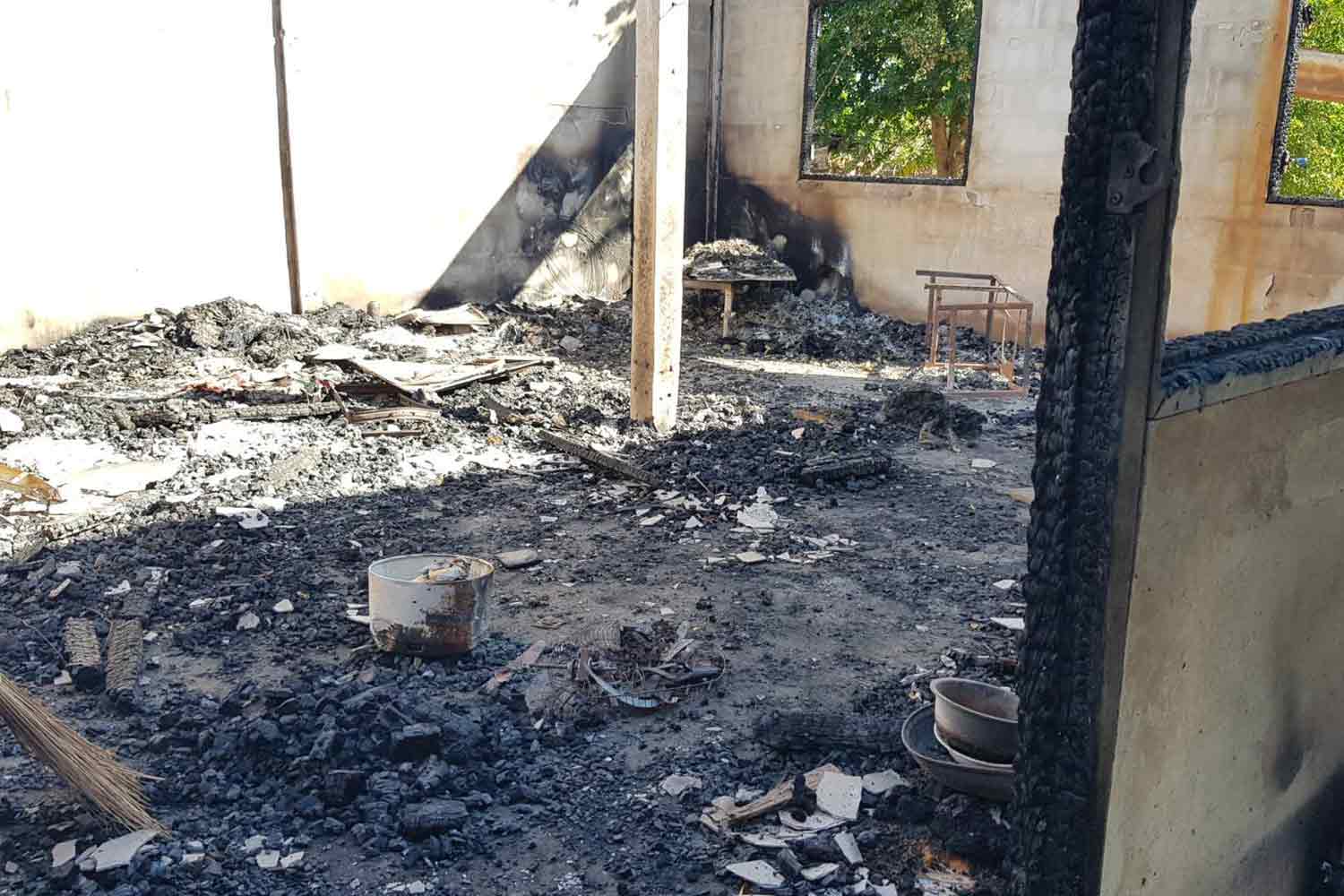 The family's burned down house in Muang district, Chaiyaphum. 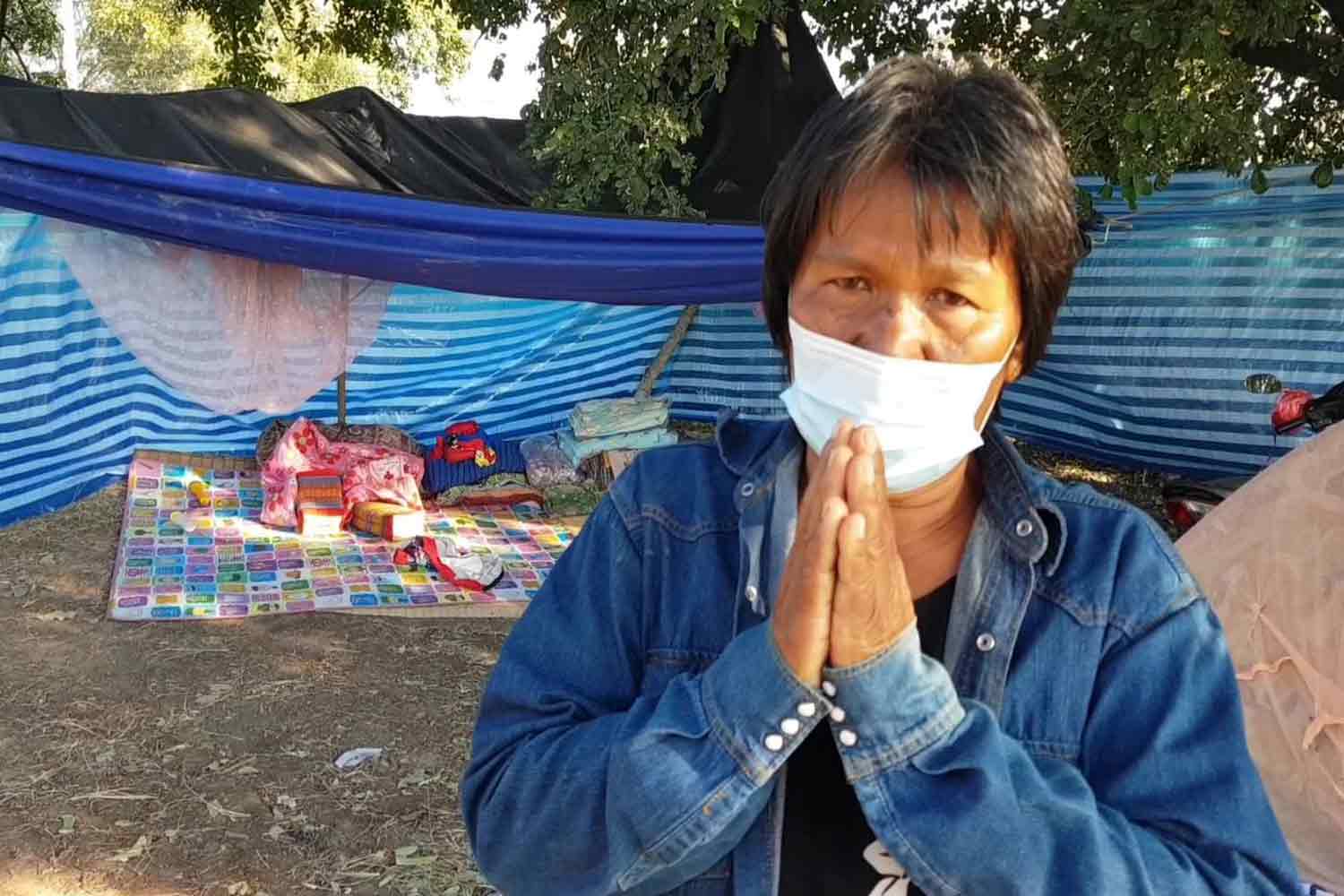 Nat Chokesiri, 58, feels gratitude toward the owner of the land where she and her family have taken shelter.