NAKHON SI THAMMARAT: A bull elephant turned on its mahout and stomped him to death while hauling rubber logs at a plantation in Phipun district on Thursday evening.

The elephant then ran off, but was captured late on Thursday night by livestock officials shooting tranquilliser darts.

Manit's body was torn and trampled beyond recognition.

He said Manit took Phlai Jumbo in a six-wheel truck from Wiang Sa district in Surat Thani to work in Phipun district of Nakhon Si Thammarat.

While hauling rubber tree logs on Thursday the elephant had become very agitated and attacked his mahout, and then ran off.

Around 9pm, livestock officials found Phlai Jumbo and sedated him. The elephant was later taken by truck to a controlled area in Wiang Sa district. 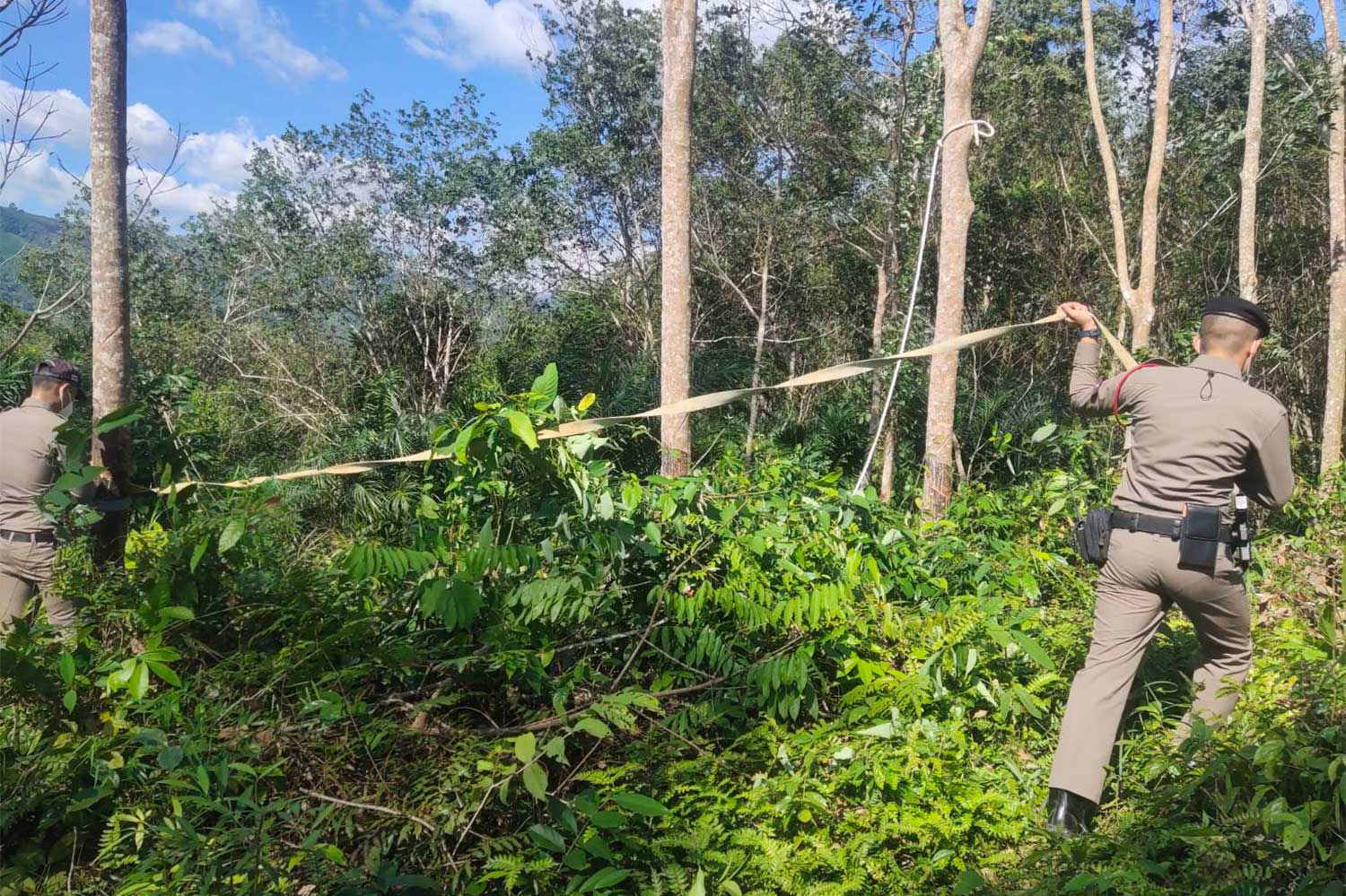 Police cordon off a rubber plantation in Phipun district, Nakhon Si Thammarat where a 43-year-old mahout was trampled to death by his elephant on Thursday. (Photo supplied: Nujaree Rakrun)