LOP BURI: A helicopter on a training flight from the Army Aviation Centre in Lop Buri crashed and burst into flames on Tuesday morning, killing the two crew, a military source said.

The source said the helicopter, manufactured by Enstrom Helicopter Corporation in the United States, crashed about 9.40am beside a post office in front of Jiraprawat army camp, in Muang district of Nakhon Sawan province.

The helicopter crashed while on a training flight with other helicopters.

The army bought 22 Enstrom 480B helicopters from Enstrom Helicopter Corporation in two batches - the first 16 in 2011 and the second six in 2019.

They are used for training at the Army Aviation Centre in Lop Buri. 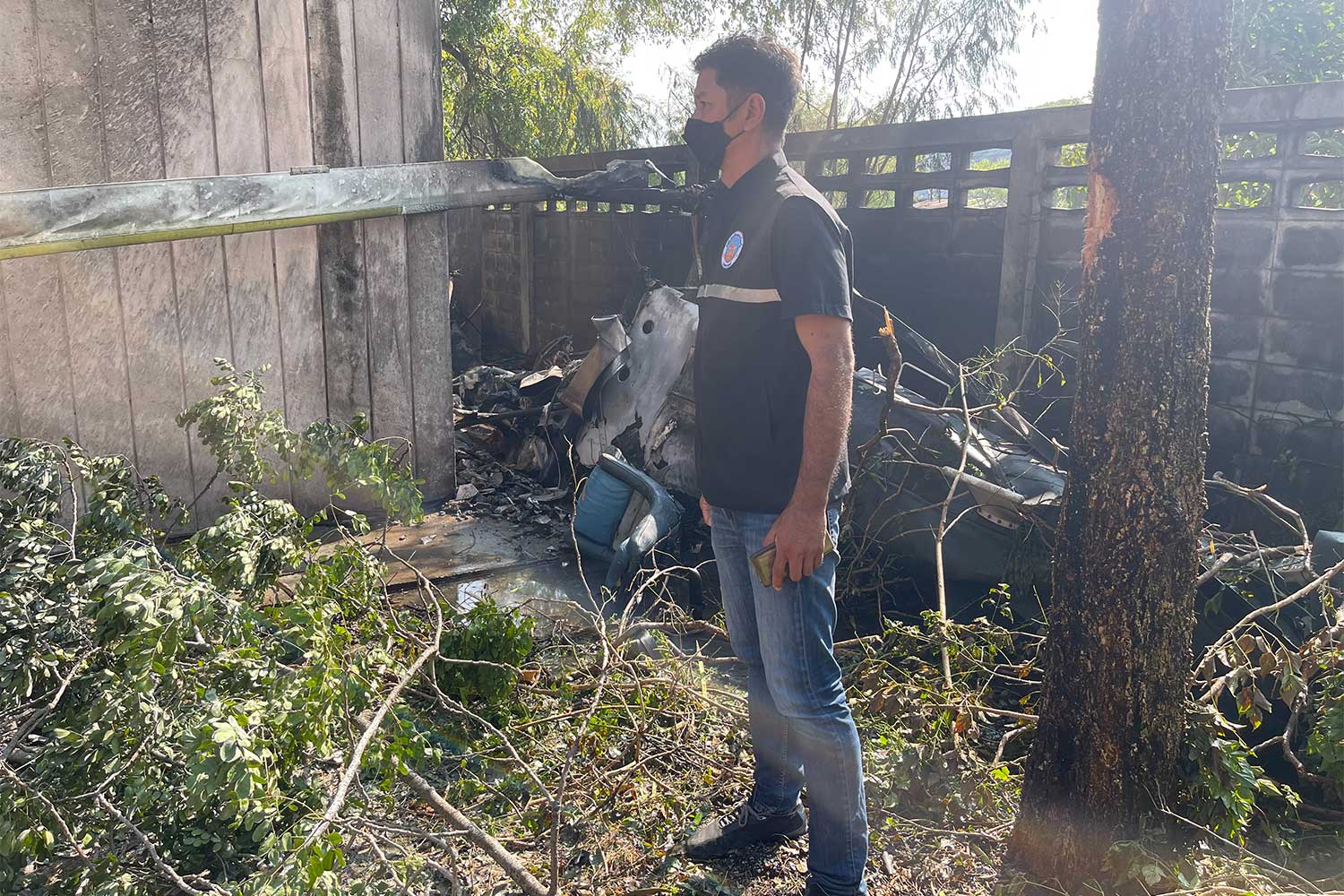 A rescue worker stands near the wreckage of the helicopter that crashed near the wall of a post office in Nakhon Sawan. (Photo: Chalit Phumruang)

The search for two women teachers who jumped together off a bridge into a canal in Trat province on Tuesday has ended, with one body found on Tuesday night and the other on Wednesday morning.

The owner of Mountain B pub taken to Pattaya Provincial Court, facing arraignment over the fire at the pub that has claimed 19 lives and left many other patrons grievously burned.

There were 28 more Covid-19 fatalities and 2,461 new patients admitted to hospitals on Tuesday, the Ministry of Public Health reported on Wednesday.