The girls' dormitory at Triamudomsuksanomklao School in Muang district, Nakhon Ratchasima, on Monday, before it was closed until January. (Photo: Prasit Tangprasert)

NAKHON RATCHASIMA: All 250 girls have been moved out of their dormitory at Triamudomsuksanomklao School in Muang district after two break-ins and molestations this month.

Thanong Khiawkaew, director of the school in tambon Khok Kruad, said on Tuesday that he had moved the students out of the girls dormitory for their own safety and told them to study online from home until the first week of January.

The management would improve security for the dormitory during this time and the girls could then return safely to their classes at the school, he said.

The latest break-in at the dormitory was about 2am on Monday. Two girls said a man entered their room on the second floor. They woke up because he touched their legs before making off with 700 baht in cash.

The incident followed an earlier intrusion on Dec 1, when a man entered the same girls  dormitory, touched the legs of many students and stole about 2,000 baht.

The intruder was seen in security camera recordings as being a tall, thin man with long hair.

The school director said more barbed wire and lights would be installed and undergrowth would be removed. He also warned students to always lock their rooms. 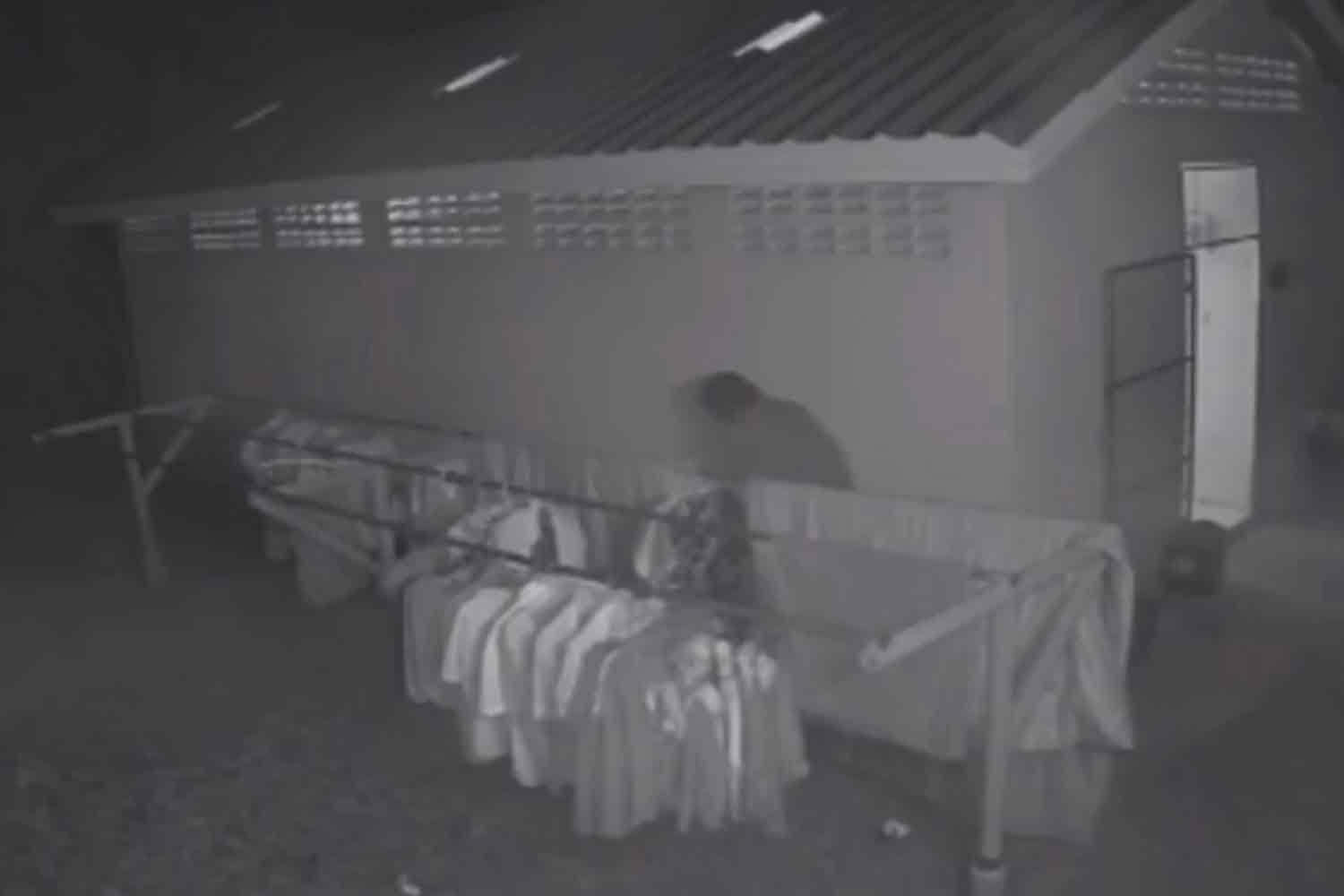 The intruder is seen in this still from a security camera recording, near the girls' dormitory on Dec 1. (Photo supplied)