His Majesty the King has conveyed New Year wishes of happiness and kind thoughts for the people.

In the King’s annual New Year’s Eve speech Friday night, he said New Year is a good opportunity for people to send their best wishes and wish each other happiness and prosperity.

When facing an obstacle or an illness, everyone must join hands, offering love, unity, patience as well as an understanding of such a problem, which will help them overcome such obstacles.

The success comes from people caring not only about themselves but also the happiness and prosperity of the nation as a whole, said the monarch.

His Majesty also sought the blessings of sacred forces and His Majesty King Bhumibol Adulyadej The Great to protect the people and give them health, support, strength and clear wisdom which would help them conduct themselves and bring about happiness and prosperity to themselves and the nation.

In addition, the King issued a New Year greeting card, wishing the best for all Thais.

There on the front of the card are three royal emblems. The Chakkri dynasty emblem is placed on the top while the royal emblems of the King and the Queen are underneath.

Inside the card, a message on the left-hand side says “Royally-Bestowed New Year Wishes BE 2565” with the signatures of Their Majesties.

On the right-hand side of the card is the picture of Their Majesties the King and Queen. 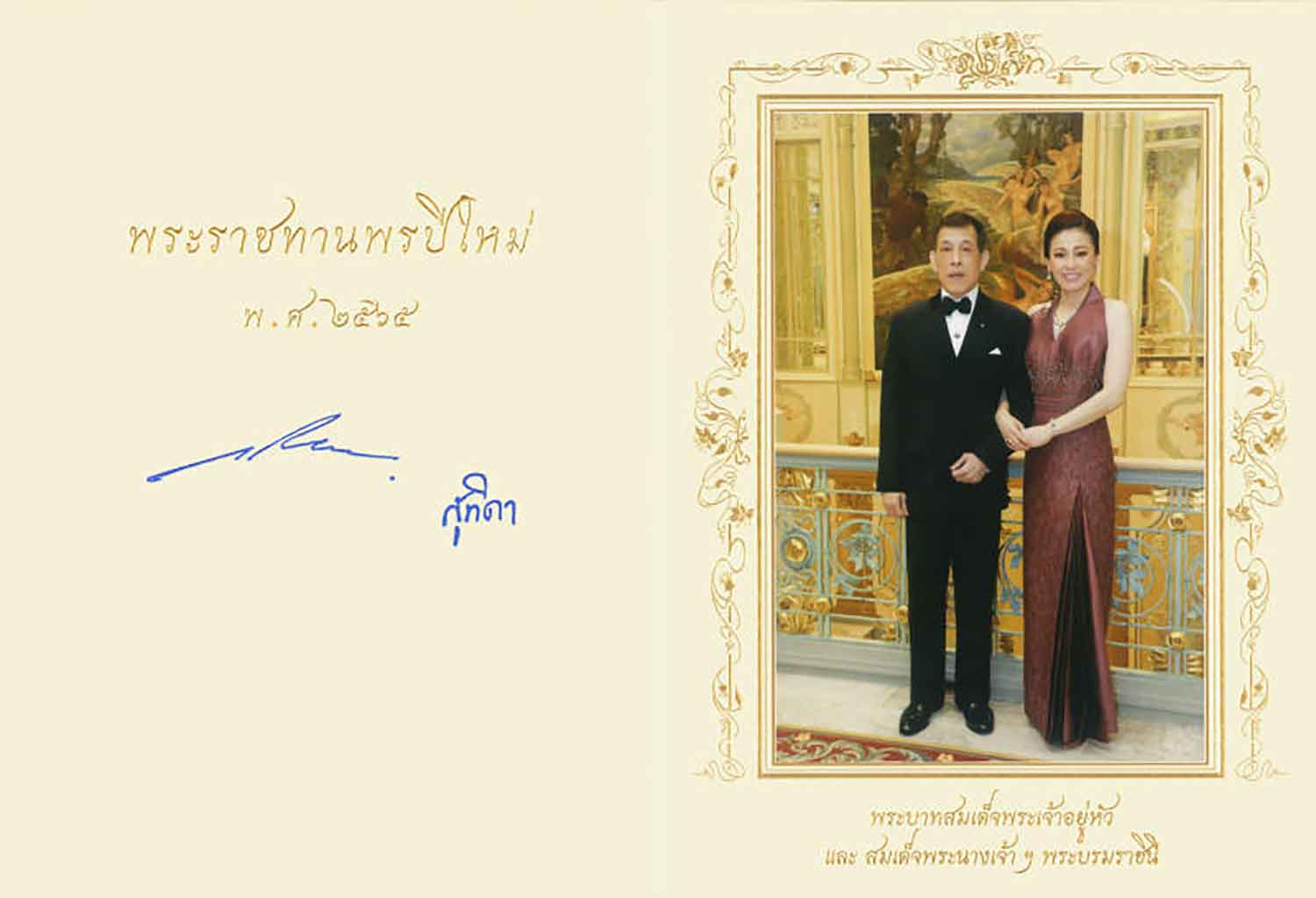 The New Year greeting card from Their Majesties the King and Queen. (Photo: Bureau of the Royal Household)