Crisis forces many on to streets

More people have ended up on the streets in Bangkok after businesses that employed them became stricken by the pandemic or took advantage of them for too long. 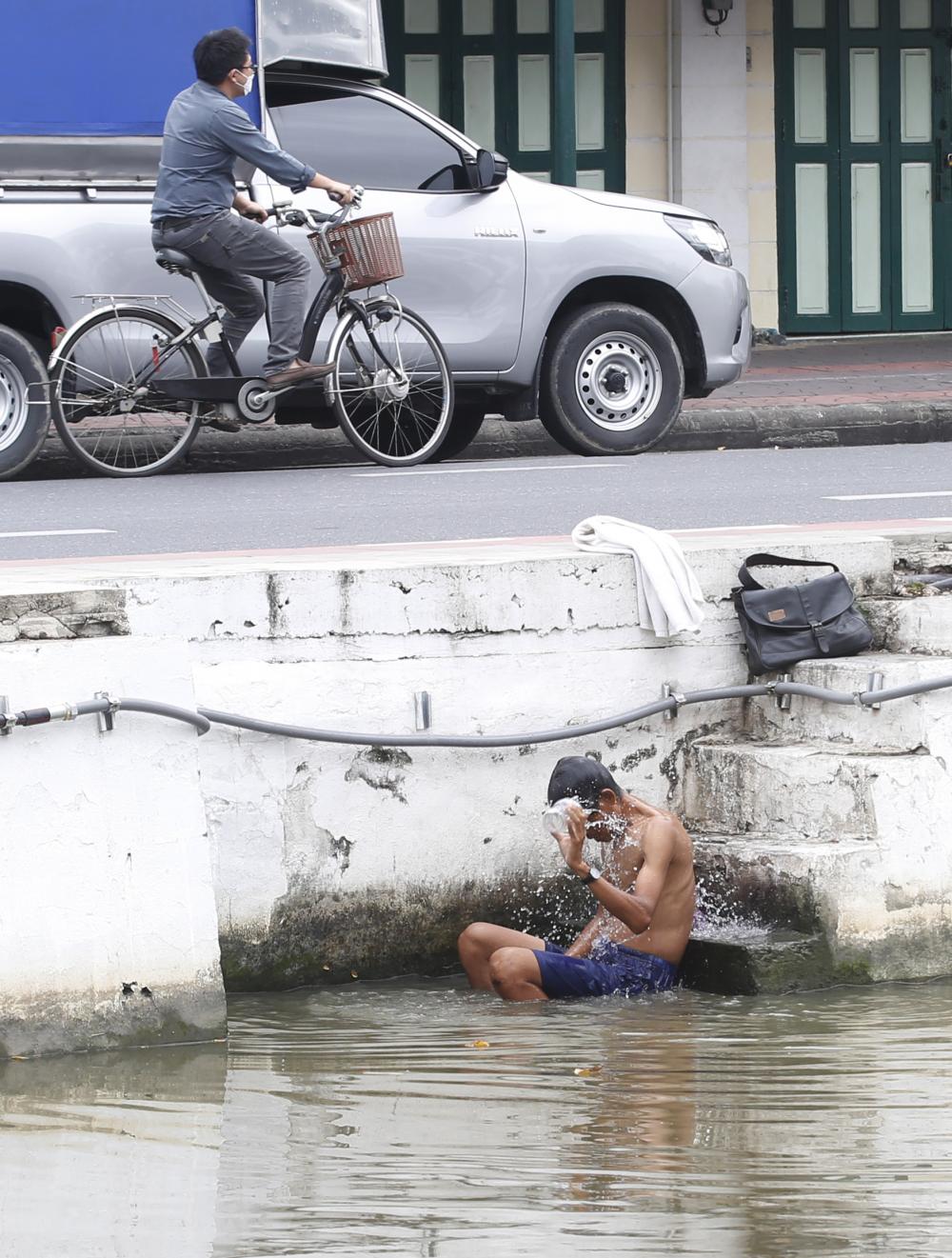 Safer than a swim: A young man takes a dip in Klong Lod along Atsadang Road after the canal's water quality improved and the surrounding areas were spruced up.

'A', a 35-year-old native of Sakon Nakhon, used to work as waiter in an eatery in Bangkok. The business went bust after lockdowns and pandemic restrictions drove away customers.

For a while, he eagerly waited for his employer to call him on his mobile phone as he pinned his hope on the eatery getting back in business and he returning to work.

But he never received the call. Worse, his obsolete model of a phone was going dead. So, he decided to sell it for 100 baht to a second-hand phone shop in the Klong Lod area.

"I sold the only possession of value that I had," 'A' said.

His search for a job in the city was futile. More businesses were laying off workers than recruiting them during the worst economic doom in decades.

'A' lives hand to mouth. He is often spotted lining up for food handouts on Ratchadamnoen Avenue and sleeps anywhere he can find space.

Meanwhile, 'B,' another homeless person, said he recently quit his work as a security guard after his employer only partially paid his wage and delayed the payment.

"It wasn't being treated fairly," said the 39-year-old Yasothon native.

He used to be a coolie in a truck transport business and also a cook. He learned the ropes of southern cooking when he tagged along with his uncle who worked at a restaurant when he was young. His New Year wish was to land a job and save enough money to return to his native province.

Somporn Hanprom, coordinator from Human Settlement Foundation, said the pandemic crisis has led many to homelessness.

"They haven't been rehired or been able to find a new job. These people suddenly found themselves jobless and unprepared to face life with few savings to sustain them," he said.

Some with a little more saved rented a room with fellow laid-off workers. "At least they have a roof over their heads and a proper toilet," he said.

But it might be only a matter of time before they hit the street as the pandemic persists with employment prospects for many remaining dim.