Another 311 people were injured in the 307 accidents, raising the total number of injured to 2,198. Speeding was a major factor in 34% of the accidents and drink-driving in 29%.

He said 81% involved motorcycles and 8% pickups, the next highest group.

Trang in the South reported the most accidents (12). The most deaths were recorded in Bangkok and Udon Thani, with 3 each. Kanchanaburi in the West registered the most road accident injuries (15).

Chiang Mai was the province with the most traffic accidents (82), Bangkok had the highest death toll (17) and Chiang Mai the most people injured (78). 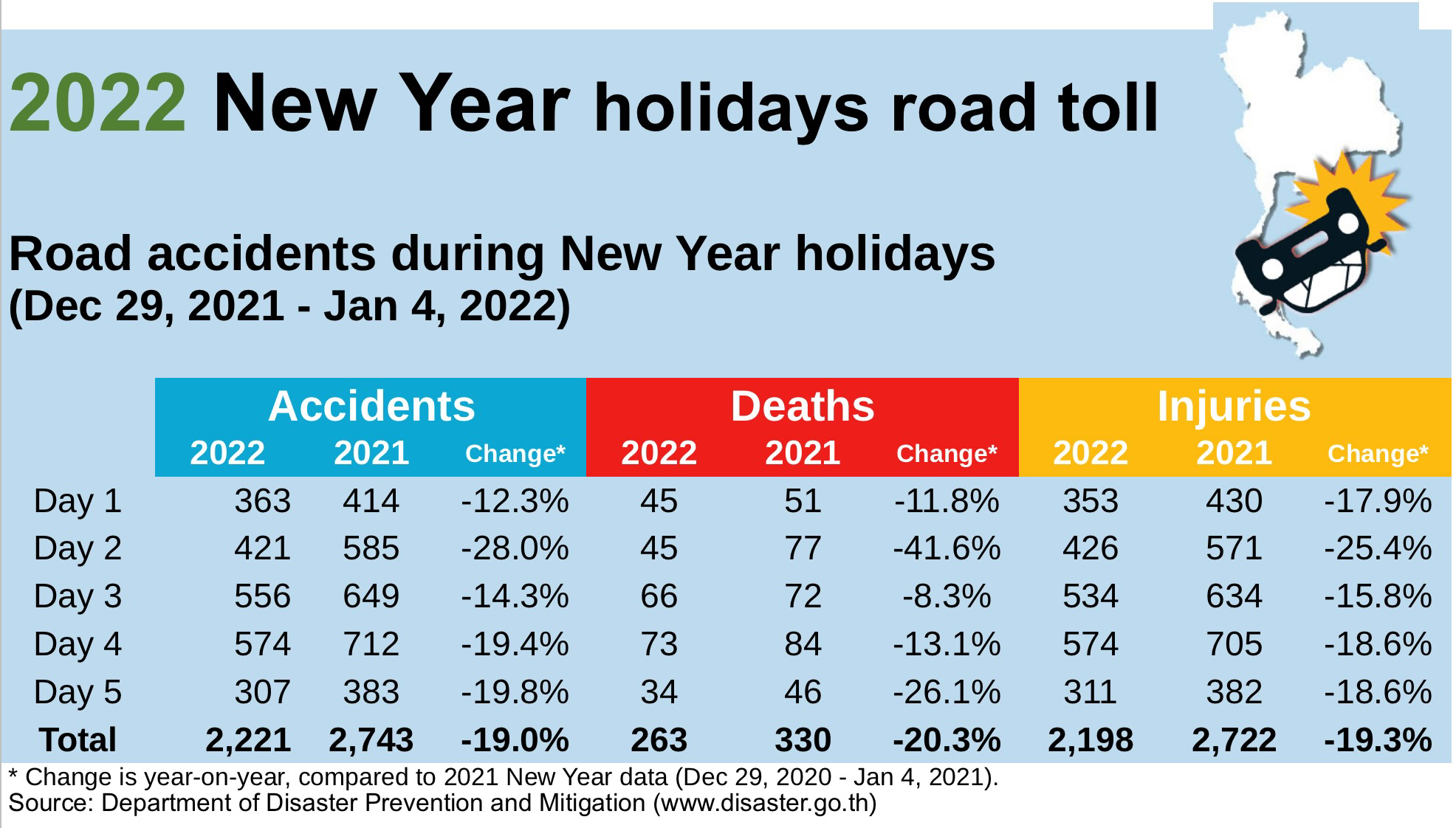