Deaths, injuries, accidents all down on last year

A total of 333 people lost their lives and 2,672 were injured in 2,707 road accidents nationwide during the seven deadly days of the New Year holiday, Disaster Prevention and Mitigation Department director-general Boontham Letsukheekasem said on Wednesday.

Total deaths, injuries and accidents were down considerably on the same holiday period a year ago.

Mr Boontham attributed the drop to strenuous road safety efforts and the cooperation of motorists.

On Tuesday, the last day of the Dec 29-Jan 4 road safety campaign, there were 209 traffic accidents, with 21 killed and 202 people injured. 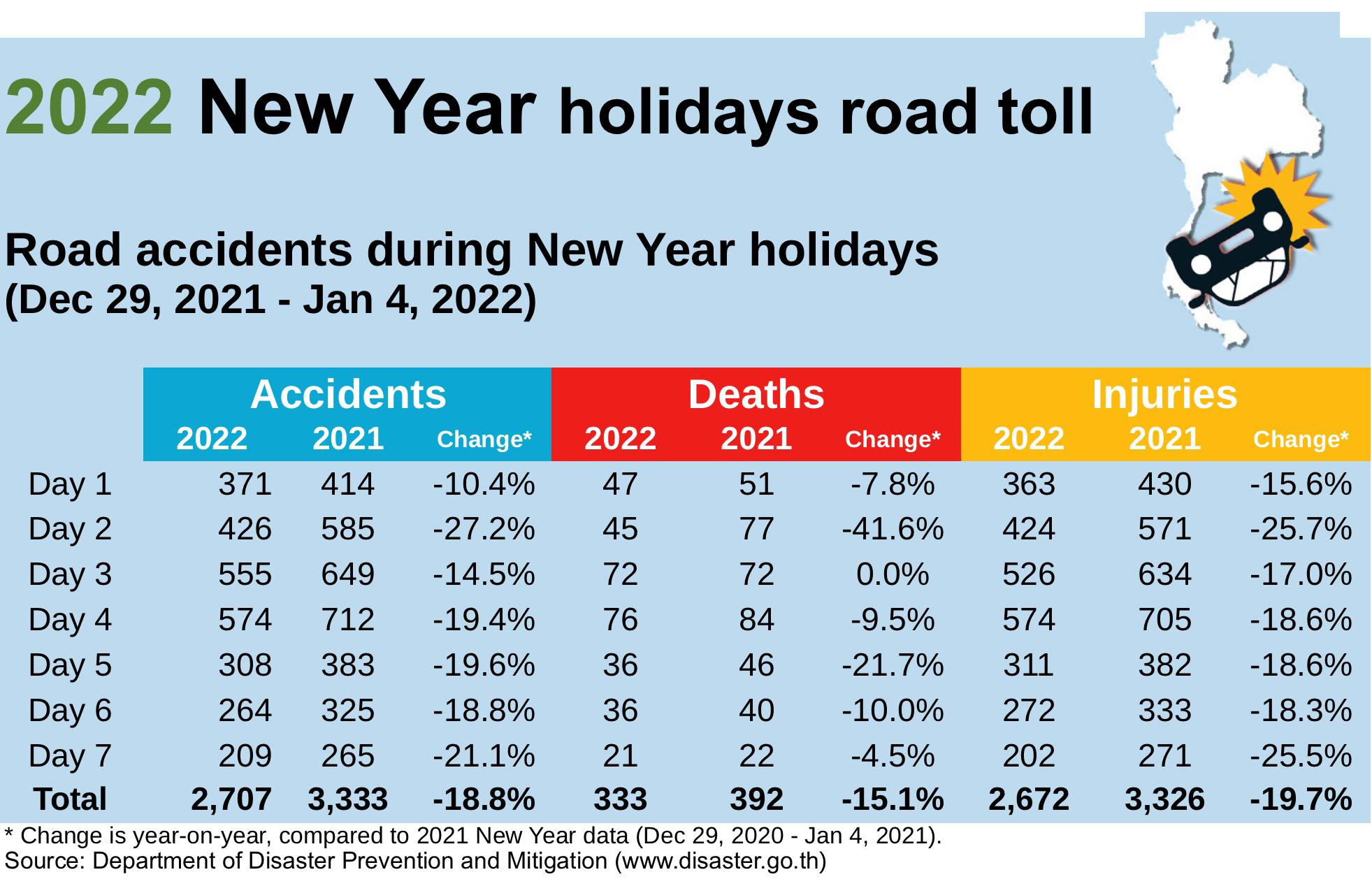 On Tuesday, Songkhla province reported the most accidents (11) and Nakhon Sawan the most road deaths (3); and, Songkhla also had the highest number of injured (11).

A total of 388,227 vehicles were pulled over for checks and 78,340 drivers charged with traffic  offences, including 23,131 motorcyclists for not wearing a crash helmet and 20,023 for not having a licence, Mr Boontham said. 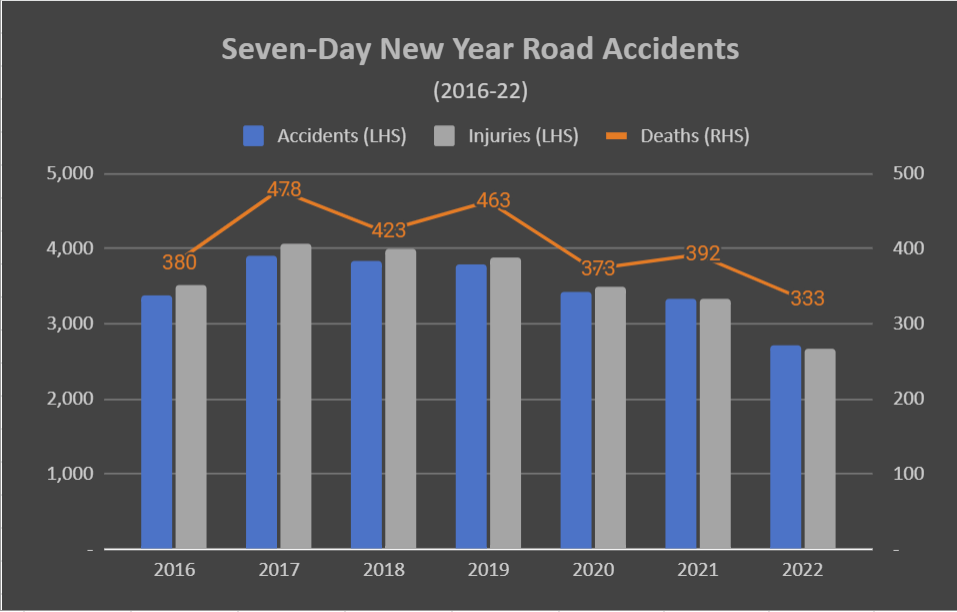 There were nine provinces that reported zero road deaths during the seven days: Trang, Pattani, Phangnga, Yala and Satun in the South; Nakhon Nayok and Samut Songkhram in the Central area; and Sukhothai and Phrae in the North.

Mr Boontham said the overall reduction in casualties and accident figures was a step closer to the goal of reducing the death rate from road accidents to 12 per 100,000 population by 2027.