Officials inspect a restaurant in Nakhon Ratchasima's Muang district on Thursday night and find alcoholic beverages are still being served to customers after 9pm, in violation of Covid-19 controls. (Photo supplied)

NAKHON RATCHASIMA: Six eateries in downtown Muang district were found to have ignored Covid-19 controls and continued to serve alcoholic beverages to customers after 9pm.

The violations were uncovered after provincial governor Wichian Chanthanothai ordered inspections on Thursday.

Provincial officials arrested the owners and managers of the six establishments and they were handed over to local police for legal action.

Eateries in these areas are allowed to open until 11pm and alcohol consumption is allowed at shops with SHA Plus certificates until 9pm. 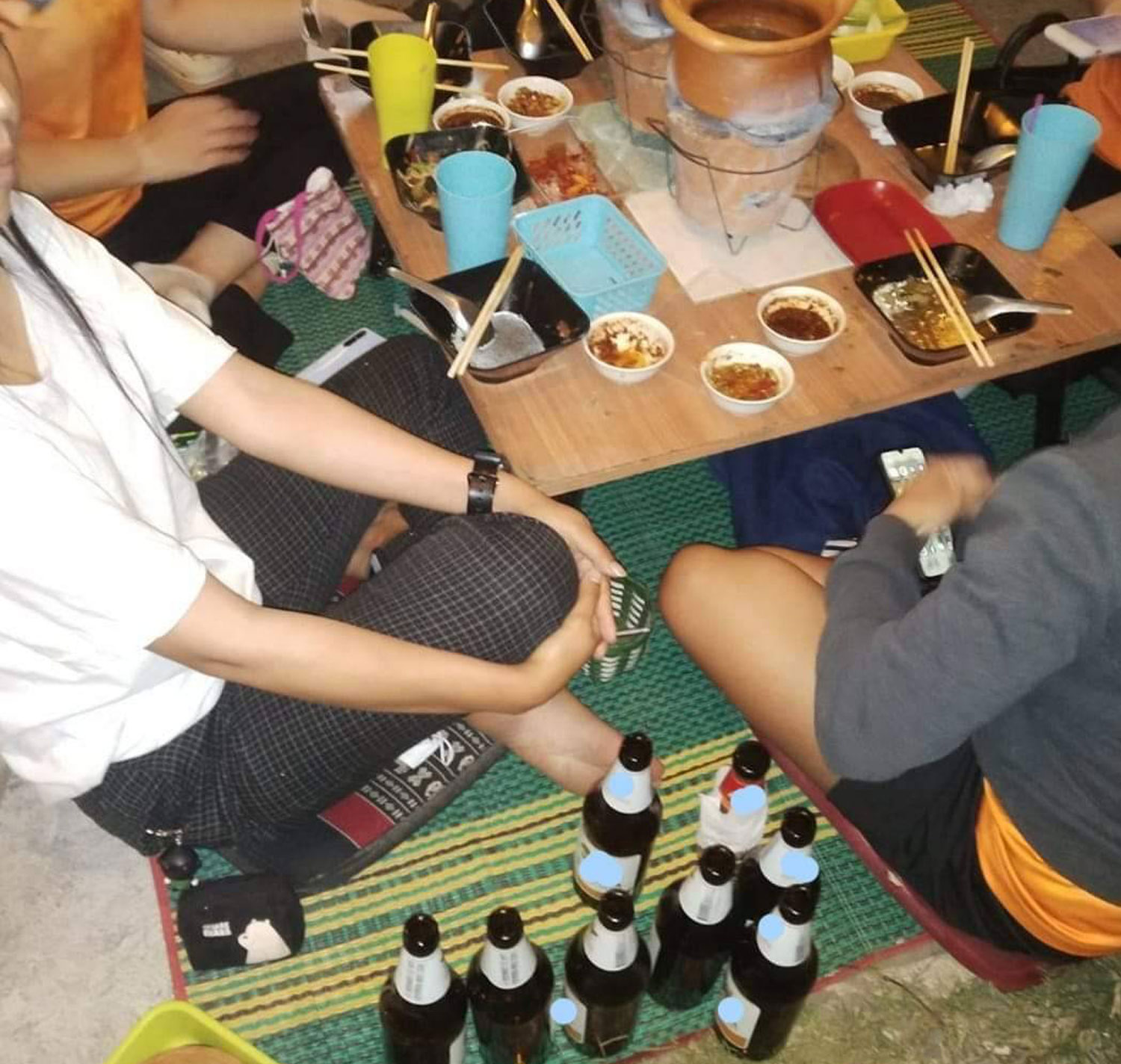 Bottles of beer are found after 9pm at a table at a food shop in Muang district, Nakhon Ratchasima. (Photo supplied)