Attacker with history of mental illness arrested after incident in Kanchanaburi

KANCHANABURI: Police have arrested a 23-year-old man in connection with the killing of a Briton and wounding of his compatriot in front of a rented house in Muang district of Kanchanaburi in the early hours of Saturday.

Prasut Thipthep was caught at 8.49am on Saturday while hiding in the room of a relative opposite the house where the two British men were attacked.

The fatal assault occurred in tambon Tha Makham at 3.55am, Thai media reported.

The dead Briton, 49, whose name was withheld pending notification of relatives, was found lying face down in a pool of blood with knife wounds to his neck near a marble bench in front of the house.

Shaun Kevin Dagnan, 55, sustained serious knife injuries. A sickle and a pair of slippers believed to belong to a male attacker were found at the scene, police said.

The injured victim is out of danger but is still receiving close medical care at Paholpolpayuhasena Hospital, police said.

According to a police investigation, the two Britons had been drinking beer in front of the house and playing loud music late at night. Sometime well after midnight, a man walked towards them and attacked them before fleeing.

Police initially believed the attacker might have been upset by the loud music.

A neighbour, who was a relative of the dead victim’s girlfriend, told police that he heard a loud noise while sleeping. He came out of his house and found the two foreigners who had been attacked.

The suspect lived nearby and had a hospital record of mental health problems, according to local residents and police. He was physically attacked by angry residents and treated at hospital.

Police have charged him with murder and attempted murder. He is being held at the Muang district police station for further interrogation. 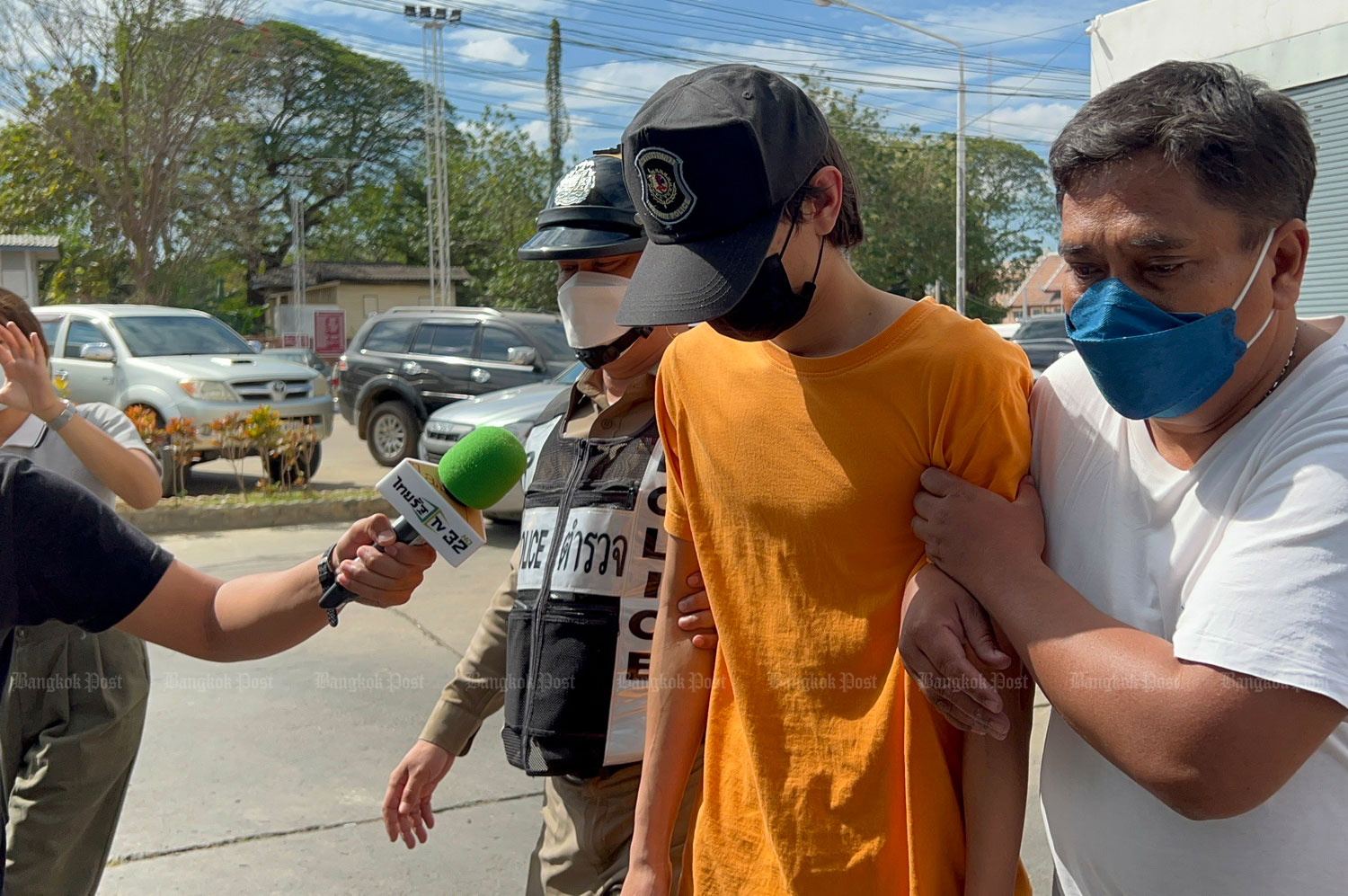 Murder suspect Prasut Thipthep, 23, is taken to Muang district police station in Kanchanaburi after the killing of a British man and injury of another British national on Saturday. (Photo: Piyarat Chongcharoen)

A forensic officer examines a sickle found at the scene of the knife attack in Kanchanaburi on Jan 22, 2022. (Photo: Kanchanaburi News Facebook page)