He said he wanted to enter the monkhood to make merit for Dr Waraluck Supawatjariyakul, an ophthalmologist at Chulalongkorn Eye Centre at the Department of Ophthalmology in Chulalongkorn University's Faculty of Medicine. (continues below) 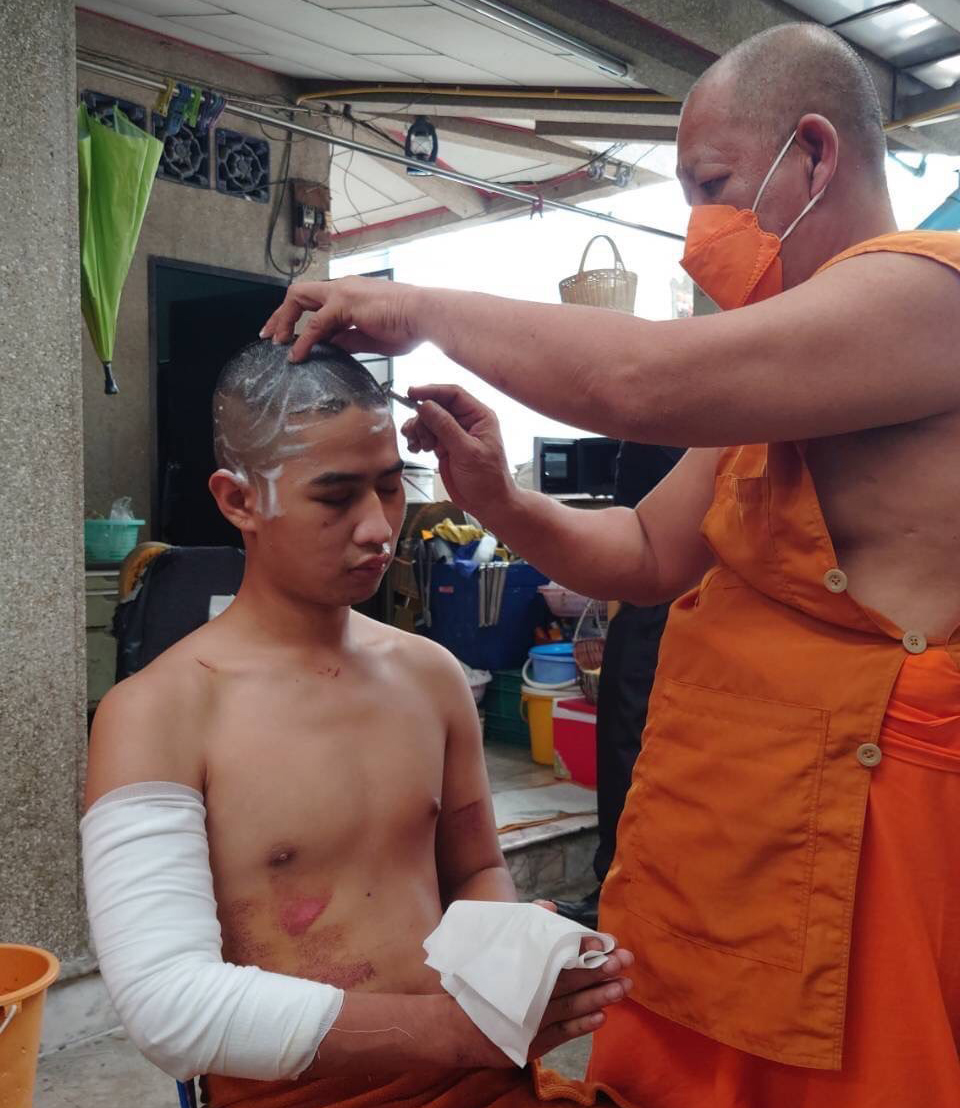 The policeman hit and killed the woman on a pedestrian crossing while riding his big bike on Phaya Thai Road in Ratchathewi district on Friday. He has been charged on seven counts, including reckless driving causing death.

Pol L/Cpl Norawich's father, Pol Sub Lt Nikom, an officer at Pathumwan police station, also entered the monkhood at the same time. They had no plans to become laymen again, according to media reports.

Meanwhile, Dr Waraluck's close family members and relatives continued to express their grief on the second day of her funeral at Phra Si Mahathat Wora Maha Viharn temple in Bang Khen district in Bangkok. She would have observed her 34th birthday on Monday.

Her father, Dr Anirut Supawatjariyakul, said his daughter liked his cooking, and a birthday cake had been prepared for her.

He said his family would not criticise the policeman's decision to enter monkhood, and he would thank him for making merit for his daughter.

"The police will work on the case, and there should not be any deviation from their procedures.

"Let us finish the ceremony. I don't want to comment on my faith in the Thai justice system at this time," Dr Anirut said.