With connectivity set to be a key global theme in coming years, the Bangkok Post talked to Indian Ambassador to Thailand Suchitra Durai on the importance of managing multilateral ties ahead of India's Republic Day today. 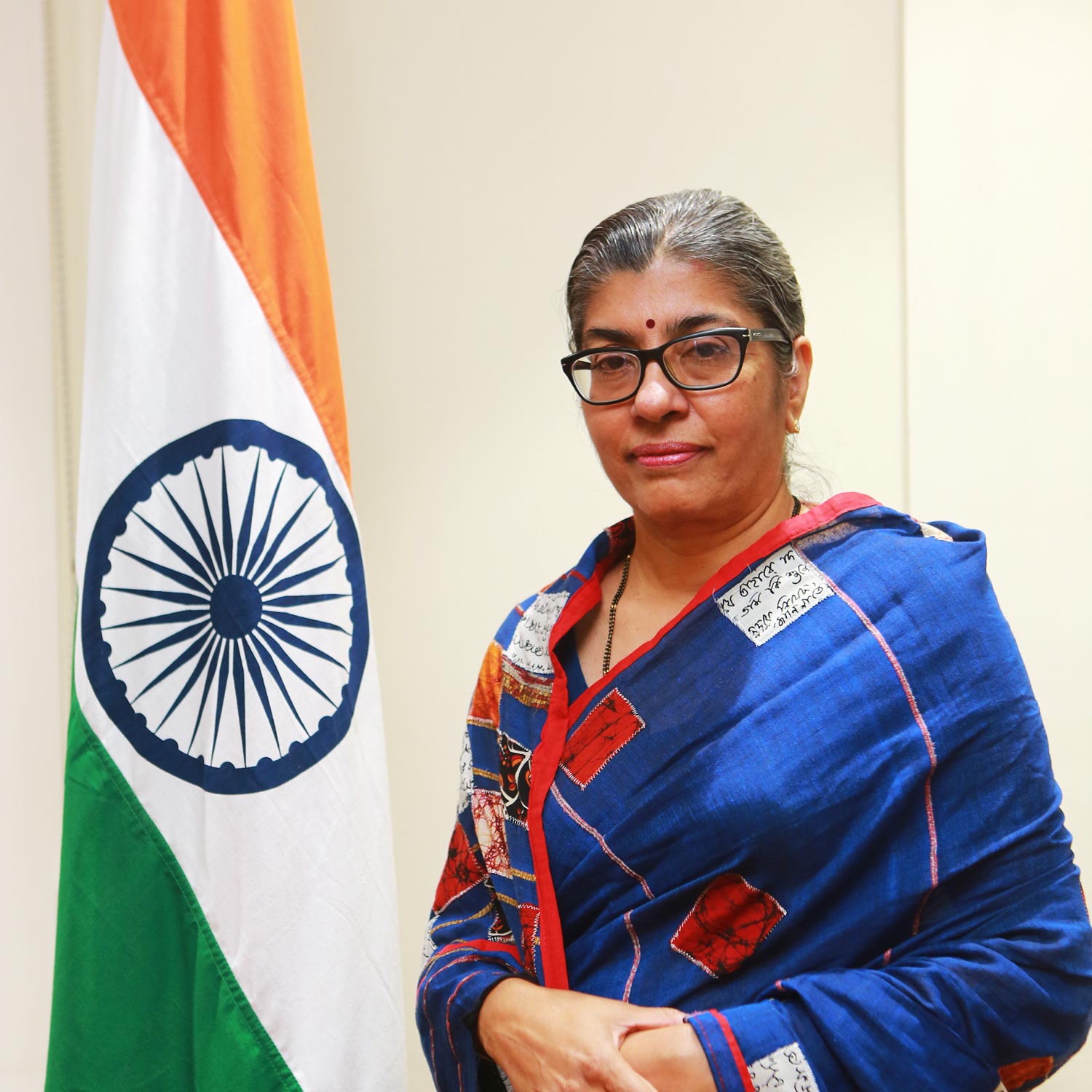 "The India-Myanmar-Thailand trilateral highway... will be a game-changer." — Suchitra Durai, Indian Ambassador to Thailand

What role do you foresee India playing in the region, particularly in terms of the bilateral relationship with Thailand?

We are commemorating the 75th anniversary of the establishment of our Thai-Indian diplomatic relations this year. Historically, we have always been in very close contact, especially in terms of trade and commerce. We must also not forget the cultural, religious and linguistic ties that bind our two regions and our two countries together.

The relationship we have with our maritime neighbours in the Indian Ocean region is both a very important relationship and multifaceted. It has very strong foundations, a substantive presence and huge potential for growth in the future -- so we have plans for many engagements.

On Jan 12, we launched a competition to design a logo to promote bilateral relations between India and Thailand, and there will be a ceremony announcing the winners jointly organised by the Thai Ministry of Foreign Affairs and the Indian embassy in Thailand in March. We are also planning cultural events, commercial events, academic exchanges, seminars and exhibitions together in the coming months.

Are there any plans for exchange visits between the Thai and Indian prime ministers?

This year is also very much set to be a celebration of the ties that bind us in the region, and we are planning several meetings and events, although we don't have any dates at the moment. Naturally, these will involve high-level meetings once the disruption caused by the Covid-19 pandemic becomes more manageable.

What role has India played in the Bay of Bengal Initiative for Multi-Sectoral Technical and Economic Cooperation (Bimstec) in the years since it was formed?

This is a unique cooperation of our arrangement. It brings two sub-regions together. There are five countries from South Asia [India, Sri Lanka, Bangladesh, Nepal and Bhutan] and two countries from Southeast Asia [Thailand and Myanmar]. So, it is a very important mechanism for us. India has played an important role. For example, we are the lead country when it comes to counter-terrorism and transnational crime, and have led a number of related initiatives. We have also played an active role in conflict management and the HADR [Humanitarian Assistance & Disaster Relief] exercises.

Then in the context of trade, communication and new technologies, we hosted the Startup Conclave, went ahead with capacity building and held training sessions in a number of areas. Connectivity is very important for us. At the first Bimstec Ports Conclave at Visakhapatnam Port Trust in India in 2019, a port-to-port connectivity MOU was signed between Thailand's Ranong deep-sea port and three ports -- Visakhapatnam, Chennai and Kolkata in India. Since then, we have provided 30 scholarships to students from Bimstec countries at universities in India.

Can you tell us about the Mekong-Ganga Cooperation [MGC] that comprises India and five Asean countries, namely, Cambodia, Laos, Myanmar, Thailand and Vietnam?

It is the oldest sub-regional cooperation in the Mekong sub-region. It marks the laying of strong foundations for our historical and civilisational ties, but it is also a modern and forward-looking cooperation. A lot of work has been done in many areas including technology and IT. The MGC has this year pursued a number of quick impact projects and 38 have already been completed in the CLMV countries. As Thailand is more advanced, we have also been looking at evolving the avenues of cooperation available under the agreement.

Partnerships in digital connectivity, IT, English-language centres, education, soil and health are all progressing, and we have set up a textile museum under the MGC Cambodia in Seam Reap. This was originally part of our flagship "Look East" policy of 1992. Later, it was changed to the "Act East" policy in 2014 with a focus on implementing projects that would achieve tangible [results]. So, the MGC is a very important initiative under the "Act East" policy.

How do you rank the importance of India's Security and Growth for All in the Region (Sagar)?

Our prime minister launched the Sagar policy in 2015 as the central building bloc for our Indo-Pacific policy. For example, in 2018 Prime Minister Narendra Modi outlined India's vision for the Indo-Pacific, which represented the organic growth of this approach. In 1997, India became a founding member of the Indian Ocean Rim Association [Iora].

We believe the Indo-Pacific region is a free, open and inclusive region which should embrace all in a common pursuit of progress and prosperity.

Asean is centre to that. And Thailand being a member of Asean plays a key role in Indo-Pacific policy. We believe it is very important to have very strong links in terms of trade, maritime security, people-to-people contact and connectivity.

As I mentioned, the port-to-port connectivity between Ranong and our eastern seaboard is part of this policy. In addition, we are building an India-Myanmar-Thailand trilateral highway. All three countries are collaborating on this. Once it is complete, it will, in my view, be a game-changer because it is designed to further integrate India with Southeast Asia.

Thailand and India are very closed countries. Do you have any plans to promote tourism or encourage travel between the two countries?

We are already very close maritime neighbours and partners and have a lot of cultural and people-to-people interaction as well as business exchanges. Therefore, visits by Thais to important Buddhist landmarks in India are very important to our domestic tourist industry.

A lot of Thais are also interested in Hinduism due its intersection with Buddhism, partly because there are a lot of Hindu elements in Thai Buddhism.

As well as promoting the traditional destinations on the Buddhist circuit, we want to take that opportunity to showcase a new, more modern India with some more novel destinations.

The Himalayas, for example, give Thais an opportunity to indulge their fascination with colder weather, snow and skiing. India has many advantages when it comes to tourism, beyond just the Himalayas.

We have had a cultural centre in Bangkok since 2009 where we also conduct classes in Hindi and Sanskrit, yoga, music and dance.

We have a large Indian community in Thailand which continues to be a strong bridge between our two countries, so we hope to continue to utilise that bond to promote interest among the Thai people in our food and fashion.

Similarly, in India, there is a lot of interest in Thai cuisine which we wish to encourage.

In 2019, before travel restrictions were enforced, about 1.9 million Indian tourists travelled to Thailand on an average of 300 flights a week between the two countries.

We are keen to restart regular flights between the two countries.

As such, we are working very closely with the Thai authorities to bring back the economic benefits of two-way tourism between India and Thailand.