Boats deploy linked buoys in a bid to contain the oil spill off Rayong on Wednesday. (Photo: Royal Thai Navy)

Efforts were underway to contain about 400,000 litres of crude oil which leaked from an undersea pipeline near Map Ta Phut in Rayong province on Tuesday, Marine and Coastal Resources Department director-general Sopon Thongdee said on Wednesday.

Mr Sopon said the company informed the department of the oil leak on Tuesday night.

It was necessary to stop the spilled oil flowing north towards beaches in Rayong, he said.

Atthapol Charoenchansa, director-general of the Pollution Control Department, said a slick 180,000-200,000 litres in size was heading to the shoreline between Mae Ramphueng beach and the Khao Laem Ya–Mu Ko Samet Marine National Park. Unless halted, it would reach there on Friday around 3-5pm.

The Marine and Coastal Resources Department, the navy and other agencies had been informed and action was being taken to solve the problem, he said.

An SPRC announcement, said the leak occurred at a single-point mooring (SPM) area in the middle of the sea for tankers to load or offload oil.

The company's emergency response team had taken steps in line with safety procedures. Activities in neaby areas had been halted.

The leak had been sealed at 12.18am on Wednesday and dispersants sprayed on the oil spill. The company was continuing to assess the situation.

The company had been provided with boats and manpower, along with other necessary equipment, to combat the spill by both government and private agencies, it said. 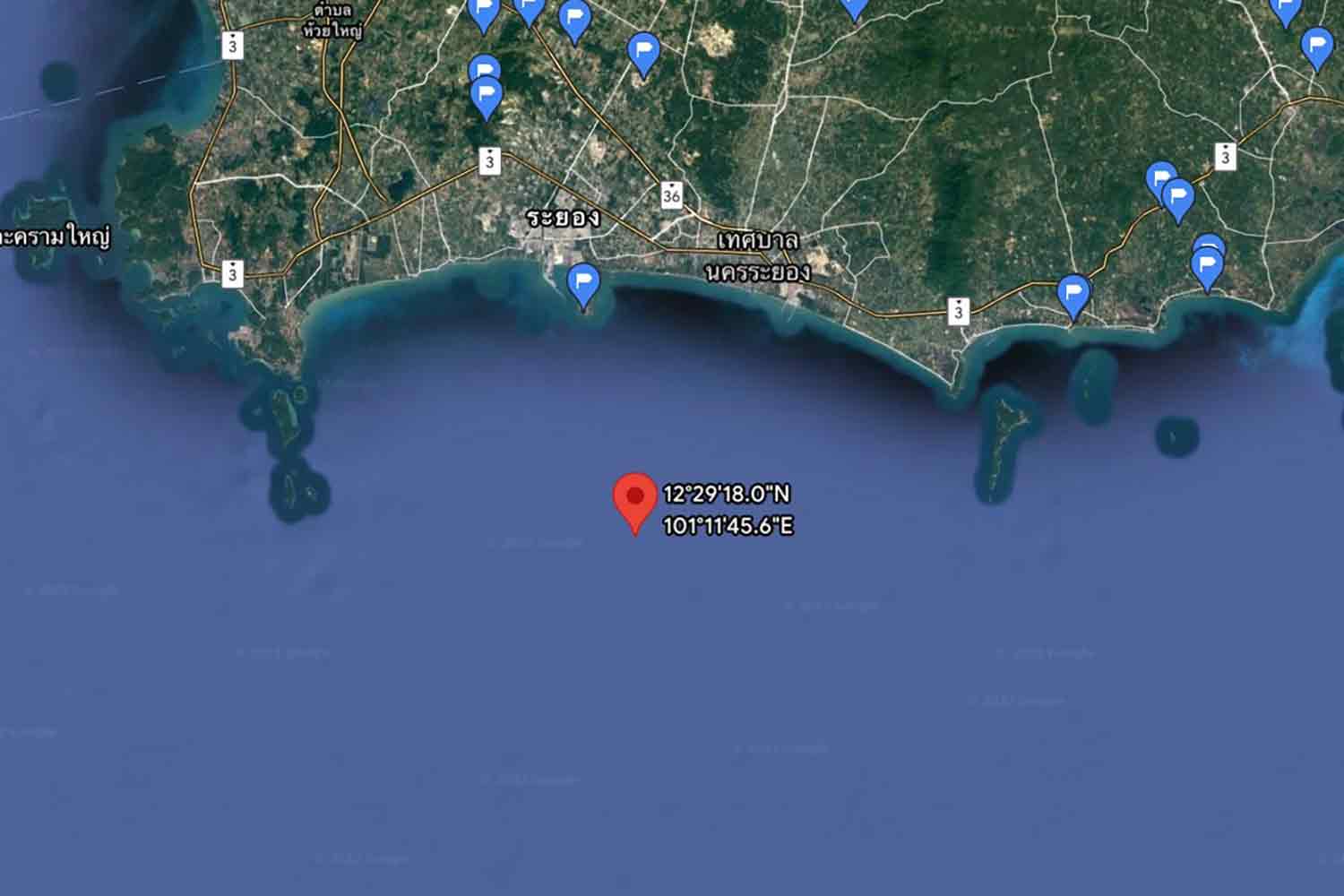 A Google map from the Pollution Control Department shows the location of the oil spill off Rayong on Wednesday.