A tourist looks at booms that have been placed to protect Mae Ramphueng beach from a recent oil spill. (Photos by Pornprom Satrabhaya)

Efforts are being channelled to mitigate the impact of the Rayong oil slick in the event it reaches the coast, despite the risk of that happening assessed to be low as of Friday, officials said.

Deputy Minister of Transpor Atirat Ratanasate led an inspection of the affected area in Rayong's Map Ta Phut district on Friday. While claiming the officially recognised 2,500-litre oil slick has been brought under control for now, he admitted the situation still depends on sea currents and wind direction.

He dismissed media reports claiming that up to 400,000 litres of crude oil leaked from an undersea pipeline near Map Ta Phut on Tuesday night, adding the exact amount will be announced later by the navy's centre for prevention and eradication of water pollution caused by oil spills.

Star Petroleum Refining Public Company Limited (SPRC), the owner of the leaked pipeline, intends to open a centre to handle complaints in relation to the spill. A tripartite committee -- consisting of the company, state agencies and representatives of affected parties -- will also be set up to process and respond to any complaints, he said. 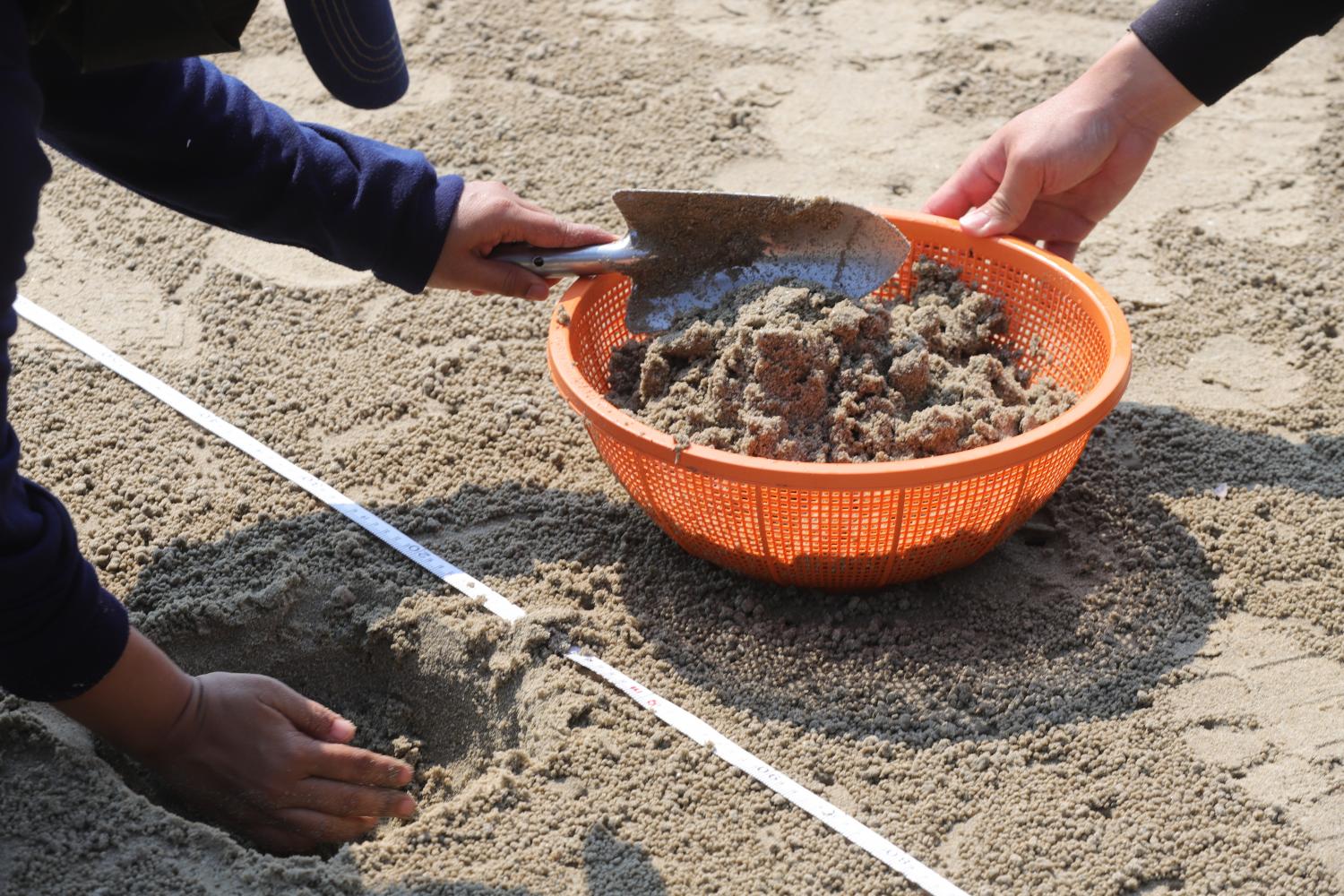 Kasetsart University experts collect samples in the Hin Khao area of Mae Ramphueng Beach to examine hydrocarbon content in sand and marine life to compare toxicity levels before and after the spill.

The slick was found to be about 2 kilometres off popular Mae Ramphueng Beach yesterday, having closed in from 4km on Thursday, said Deputy Public Health Minister Sathit Pitutecha, who led another team to check for any impact on Rayong's beaches.

The SPRC has already added more booms at sea in at least three zones to prevent the oil from reaching the coast, he said, adding workers were being prepared for deployment in case it washes ashore.

Other measures such as deploying sea-cleaning bio-dispersants were being accelerated to contain the oil spill as quickly as possible, Mr Sathit said.

According to a satellite image taken at 6.23pm on Thursday by the Geo-Informatics and Space Technology Development Agency, the spill covered 47 square kilometres, or an area more than nine times the size of Koh Samet.

The Marine Department has lodged a complaint with the Map Ta Phut police station against the SPRC in the event of future legal action, said Mr Atirat.

It accused the company of violating Section 119 of the law on boat navigation in Thai waters by causing pollution to the environment and obstructing boat navigation, he noted.